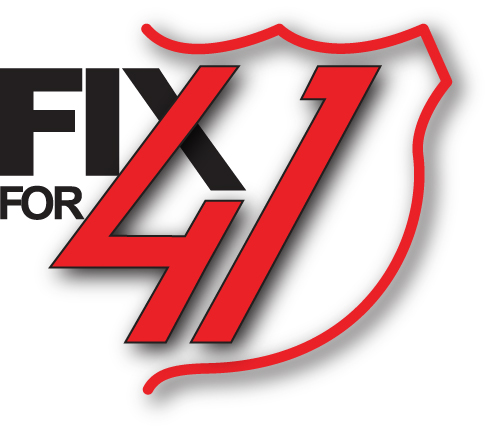 FixFor41 is a collaborative construction project between INDOT and the Kentucky Transportation Cabinet that involves rehabilitating seven U.S. 41 bridges and the highway pavement between the bridges from near the U.S. 41 interchange with I-69 in Evansville south to the Indiana/Kentucky border. The $25 million project began in May 2017 and will continue through summer 2019. The work will be completed as part of one ongoing project to lessen the impact to the motoring public.

The design of the 3.8 mile construction zone (1.4 miles in Indiana 2.3 miles in Kentucky) will enable two lanes of traffic in each direction to remain open at all times. By doing this, emergency services, law enforcement and the general public will be minimally impacted. Once the project is finished, the lifespan of the bridges and roadway will be extended by 25 years.

Bridge Locations and Scope of Work