To enhance INDOT’s response to winter storms, the agency coordinated “Snowmageddon,” a tabletop exercise attended by 44 local, county, and state agencies and companies in early October.

“This is the first time that we have conducted something of this nature and magnitude at the district level,” said INDOT LaPorte District Emergency Coordinator Rachel Greenwood of the one-day conference in Merrillville, which was attended by more than 120 participants. Greenwood was the driving force for Snowmageddon. Helping were those from the National Weather Service (NWS), Indiana State Police (ISP), and Indiana Department of Homeland Security (IDHS).

Participants received information for a mock scenario in which northwest Indiana is hit by heavy rain followed by a wintry mix. The test scenario involved a mix of winter weather that wreaked havoc on the region, including wind-driven, heavy, wet snow; single-digit temperatures; and below-zero wind chills.

Each agency detailed their response so the entire group could hear the answers. Through this discussion, participants became better aware of each agency’s roles, the services they offer, and protocols that are taken.

“The conference did a great job to test plans to prepare for, respond to, and recover from a winter storm in our region,” said Greenwood. “It helped ensure effective coordination of plans and actions with whole community partners. Snowmageddon brought an understanding of one another’s capabilities and priorities and identified gaps or areas of improvement. Most importantly, this occurred before the snow starts flying; that way, we can be as prepared as possible going into this winter.” 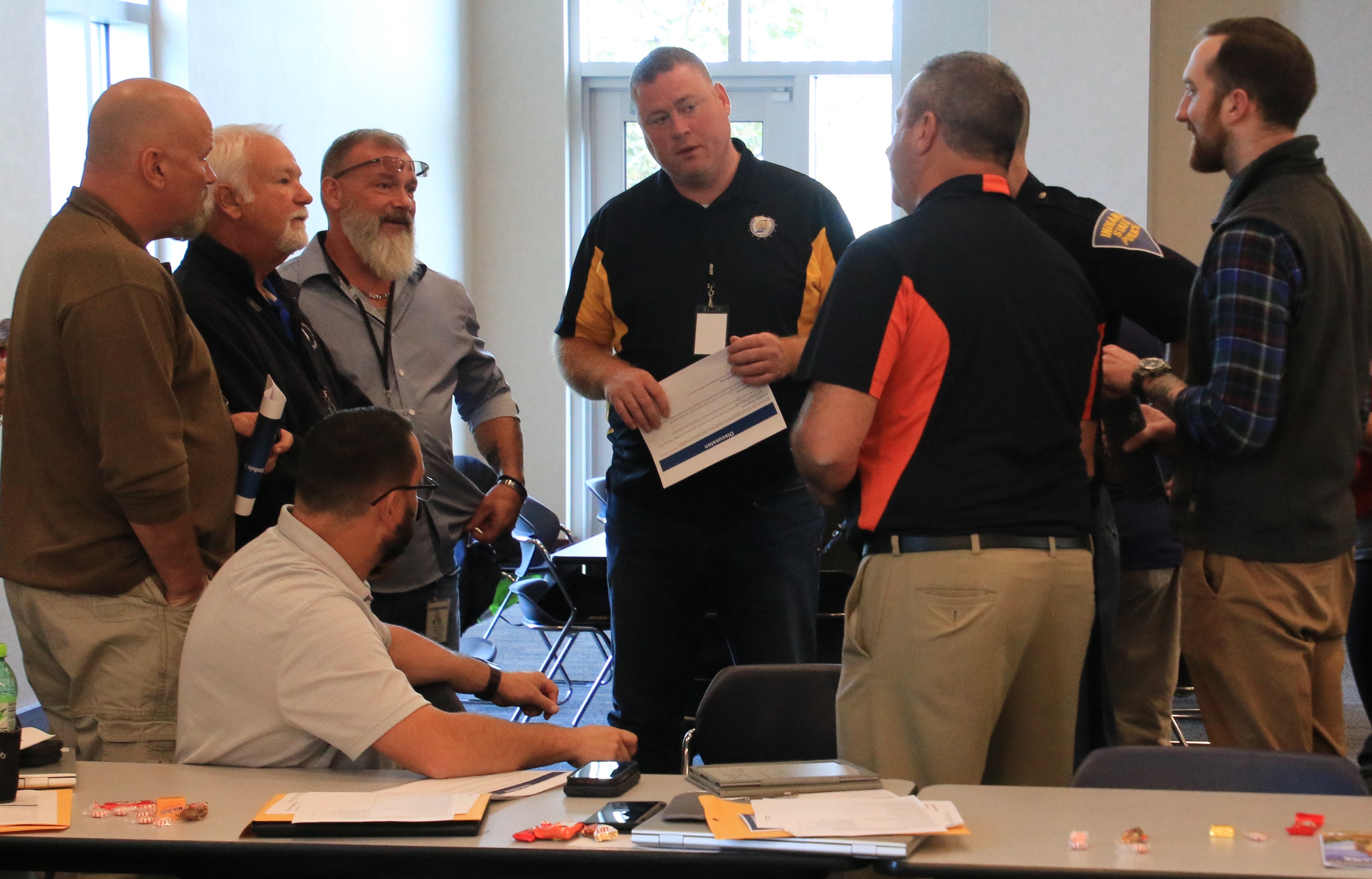