Hoosier Helpers is a Good Samaritan program offered by INDOT to assist stranded motorists on Indiana interstates. The purpose of the program is to help keep Indiana interstates safe, provide traffic control and medical assistance at crash sites, and offer limited road side assistance if needed. Since the program began in 1991, Hoosier Helpers have come to the aid of more than 350,000 motorists.

INDOT is proud to announce that State Farm® is the exclusive sponsor of the Hoosier Helper freeway service patrol. The collaborative sponsorship is designed to create a long-term, supplemental funding source for the program. Visit the State Farm Assist Patrol Program to learn more about State Farm Sponsorship of Hoosier Helpers.

Hoosier Helpers are Sponsored by 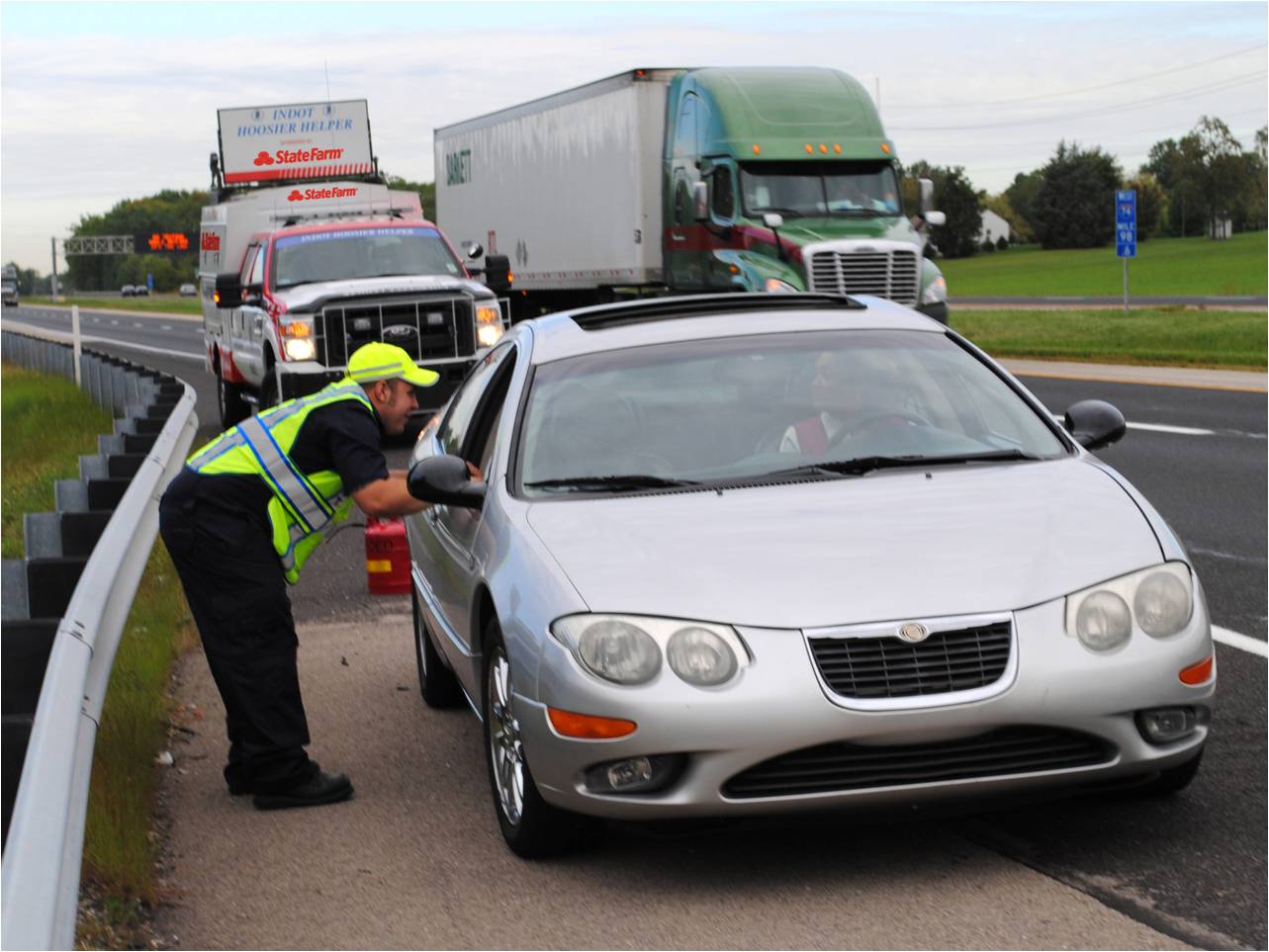 Hoosier Helper assists a stranded motorist who ran out of gas on I-70.

Hoosier Helpers are an invaluable asset to numerous agencies including the Indiana State Police and local first responders in assisting with various emergencies on Indiana interstates. They are trained in First Aid, CPR, Automatic External Defibrillator (AED), HAZMAT, and have completed medical helicopter training. 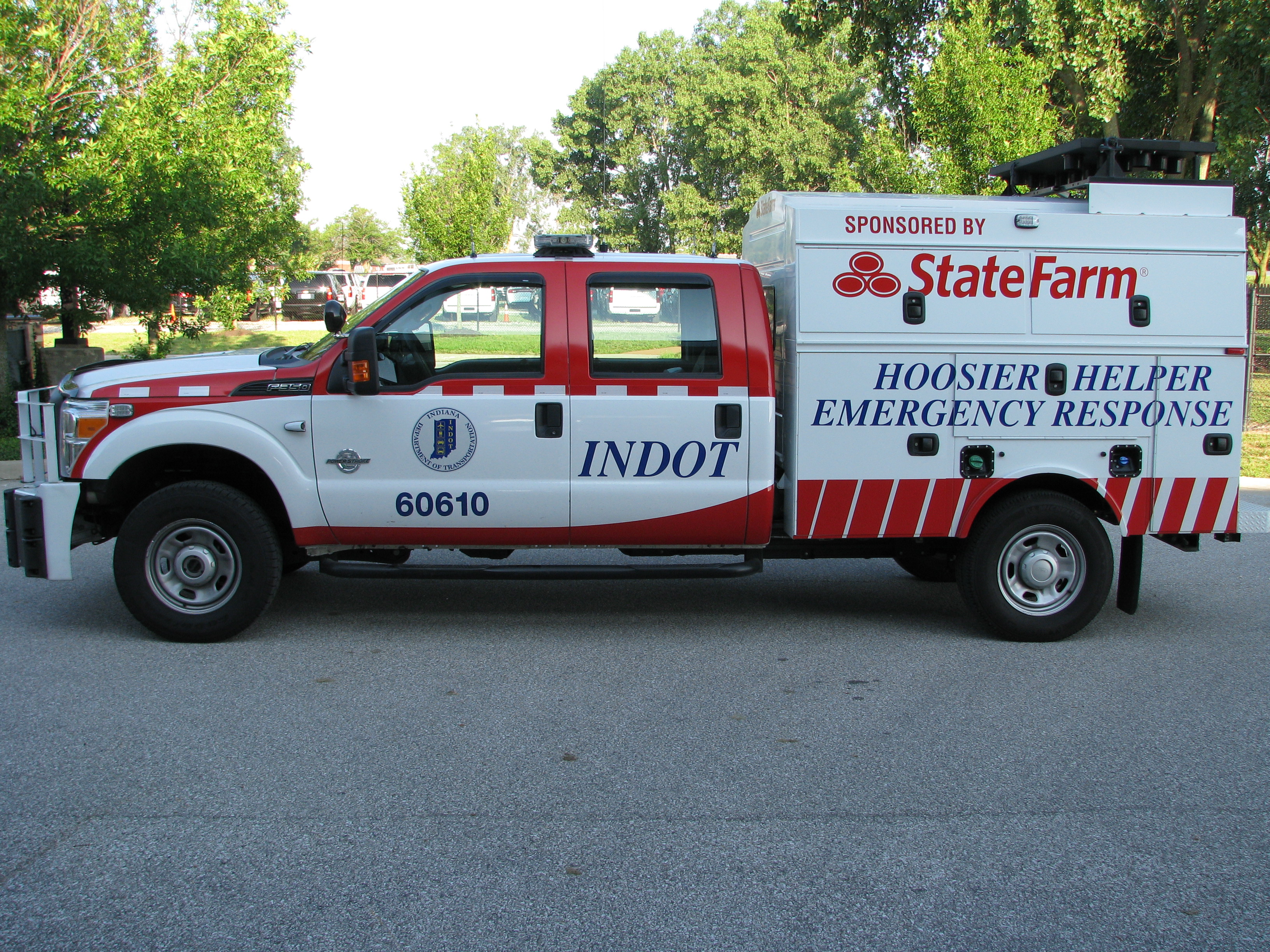 A Key Element of TrafficWise

Hoosier Helpers is a key element of TrafficWise, an INDOT program that uses Intelligent Transportation Systems (ITS) to relieve traffic congestion and improve safety. A Purdue University study of the Hoosier Helper program on the Borman Expressway (I-80/94) in northwest Indiana – where Hoosier Helpers aid nearly 20,000 motorists a year – reported a measurable payoff.

The study found that:

The net result: Every dollar spent on the Hoosier Helper program saves motorists more than 10 times that much in time and fuel wasted while sitting in traffic.