The present met the past in Jennings County this summer, as INDOT replaced a 115-year-old railroad bridge using cutting-edge aerial mapping techniques and modeling technology. The Graham Creek Railroad Bridge has been replaced by a sparkling new bridge that can handle standard-weight rail cars and boasts modern safety features. Here are some differences:

“This project shined a light on how INDOT and its partners use modern technology to build state-of-the-art infrastructure,” said Rail Programs Manager Venetta Keefe.

The bridge is owned by Madison Railroad and the City of Madison Port Authority. INDOT is the administrating agency for certain grants distributed to short-line railroads and port authorities for infrastructure improvements. INDOT contributed $884,000 in grants to defray the $6.4 million project, which consisted of a 280-foot bridge composed of four 70-foot steel girder spans.

Besides a modern superstructure that was lifted into place as part of an accelerated bridge construction contract, the new railroad bridge features concrete barriers topped by guardrail, both of which were nonexistent at the old structure. The bridge also includes more ballast to the sides of the railroad ties. These upgrades enable the bridge to carry 286,000-pound rail cars, the current standard operating railroad car weight.

But INDOT’s involvement didn’t end there. Our Multimodal Division’s Office of Aviation teamed with INDOT’s Land & Aerial Survey Office to make the project a success.

“This was a test mission to determine the feasibility of the value to short-line railroads and port authorities in INDOT developing a program that uses our UAS for pre- or post-project documentation on Industrial Rail Service Fund projects,” said Keefe.

French is using UAS technology to collect aerial mapping and aerial survey data to take it beyond just drone photos. As part of an internal test of INDOT’s airborne equipment, French collected LiDAR data of the bridge and used it internally to generate a 3D point cloud, or digital twin, of the bridge. The 3D point cloud was used to document and measure components of the structure along with creating digital-terrain and bare-earth models. We vetted the data and its accuracy and limitations.

Madison Railroad General Manager Adam Robillard said: “We greatly appreciate INDOT’s unwavering commitment to the modernization of the rail transportation system in our state, the Madison Railroad, and the vision for economic growth in southern Indiana. Through this investment in our rail system, we were able to increase freight capacity on our rail line, eliminate safety issues with the existing bridge, and offer expanded services to our customers.” 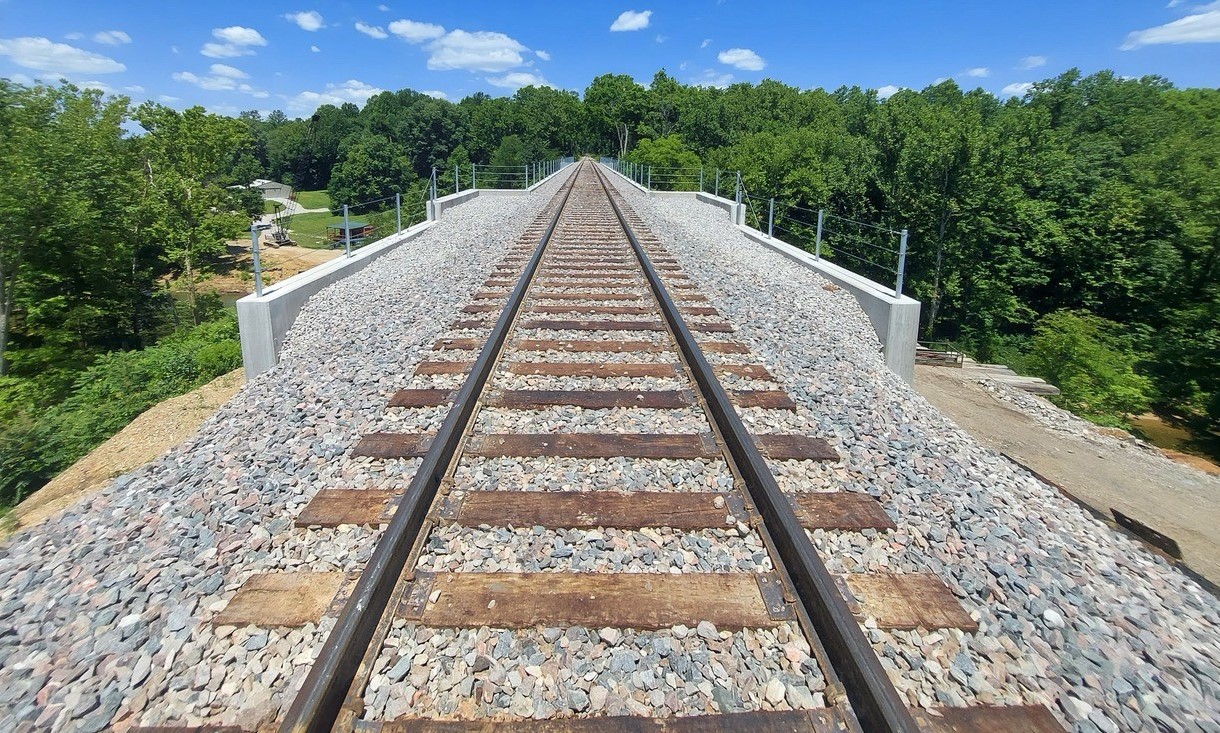 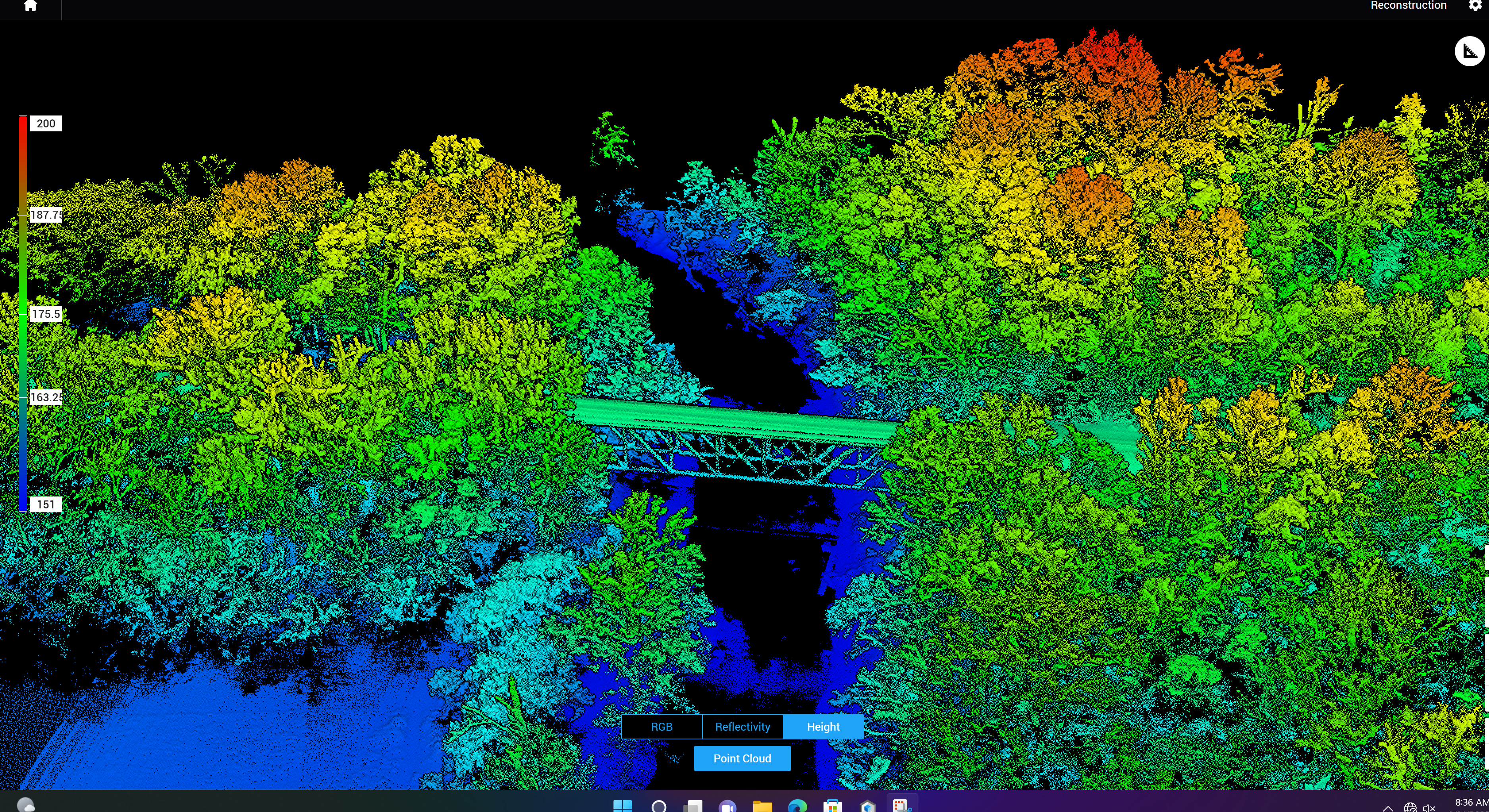 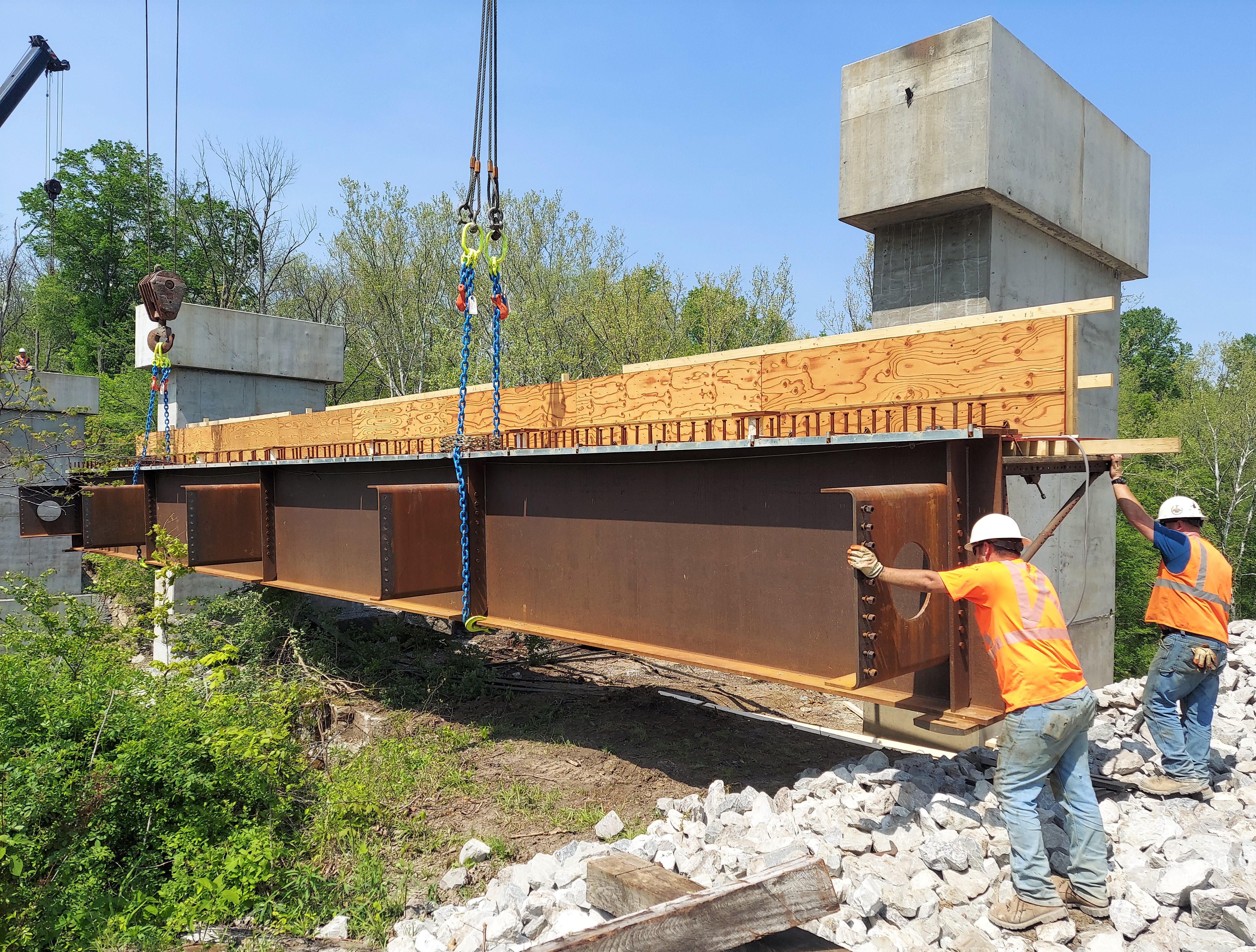