The success of those projects was significantly hampered by the complexity and risks inherent to large-scale IT projects, lack of agency experience/expertise on projects of this scale, and lack of a consistent risk management process across the Indiana.

In response to project results, the governor established a directive to deliver great government service that includes the goal to:

Achieving that objective is not a short-term goal and requires planning, focus and support throughout Indiana government. Large-scale IT projects, projects with over $1M in IT spending, can be extremely complex, costly, and risky.

In response to these risks, challenges, and the governor’s directive; the Indiana Office of Technology (IOT) created a team that focuses on Project Risk Management (PRM) across the SOI. This team seeks to partner and guide agencies that own large-scale IT projects to help drive project success. Success is measured by on-time and on-budget delivery with agreed upon scope, while meeting expected quality.

The PRM team created, implemented, and continues to own/manage a Project Risk Management (PRM) framework to enhance opportunities for large-scale IT project success across the state. The PRM framework is required for all large-scale IT projects and consists of a comprehensive set of activities applied throughout the life of the project from the idea phase through project initiation, planning, execution, close out, and beyond.

The following content describes the PRM framework and its integration into all project phases to provide a full lifecycle risk management process: 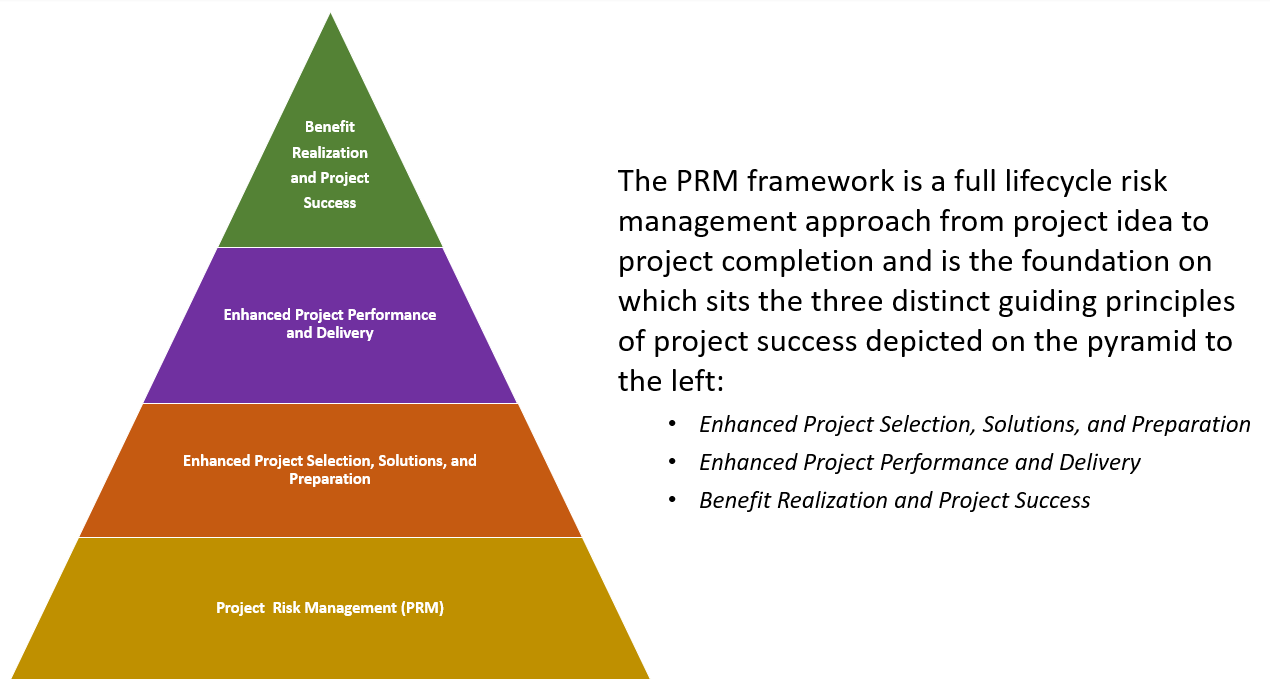 The diagram above provides additional details for the second level in the PRM pyramid. This focuses on engaging agencies early in the project idea phase to drive consistent understanding between the agency that owns the project, the OMB, and IOT, establishing a solid foundation on which the project will be constructed. This includes:

The diagram above provides additional details for the third level in the PRM pyramid which focuses on engaging agencies with targeted risk management activities early in the project planning phase and throughout project execution, up to and including, implementing the solution. This helps drive success with respect to scope, timing, budget, and quality. Focus areas of this part of the PRM framework include:

The PRM team has provided significant value to multiple state agencies and on multiple projects using the well-established PRM framework. Below are just a few examples: