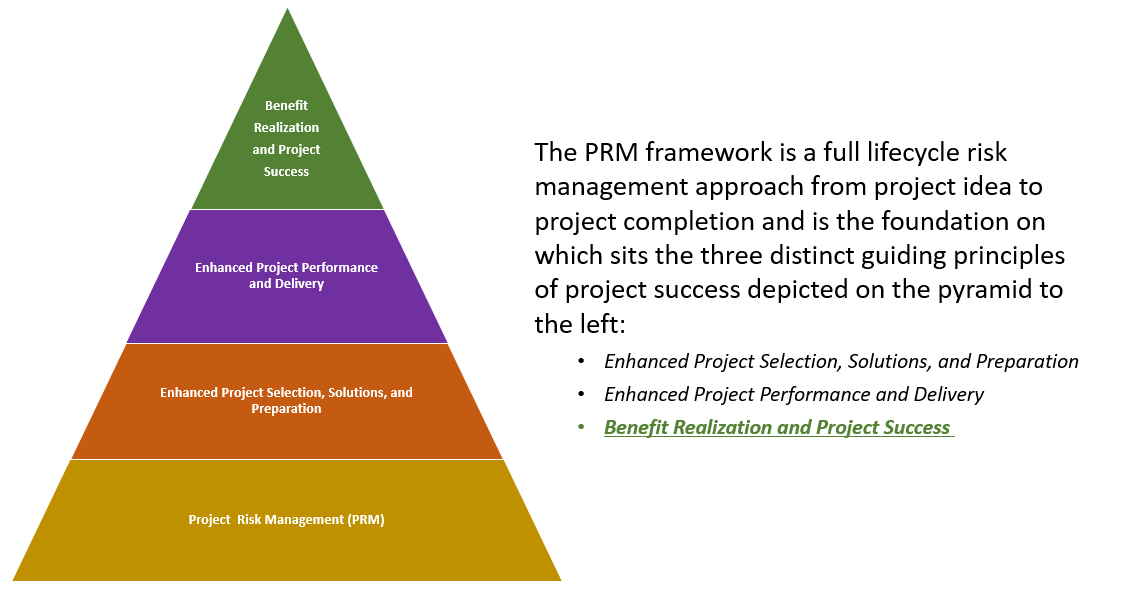 Lessons learned are captured throughout the project and shortly after project completion using a standard spreadsheet created and provided by the Project Risk Management (PRM) team. The lessons learned spreadsheet contains data elements for each lesson learned that the PRM team has determined to be essential to drive consumption and value for future projects. The key data elements captured are:

The PRM team adds the lessons learned captured from each project into a consolidated lessons learned spreadsheet that is archived on a Microsoft SharePoint (MS SP) site and made available to future projects during the Enhanced Project Selection, Solutions, and Preparation phase of the PRM framework. In this manner, the PRM framework comes full circle with a 360° feedback loop.

While on-time and on-budget project delivery is an important piece for project success, it is not the only success criteria for large-scale Information Technology (IT) projects. Success criteria is also measured by the benefits that the project brings to State of Indiana (SOI) employees and constituents.

Benefit measurements are taken at the appropriate timing post project completion (6 – 12 months typically). The results are compared with the expected benefits captured during the Enhanced Project Selection, Solutions, and Preparation phase of the PRM framework and the results of that comparison determine the level of project success from a benefits realization perspective.

Results are documented and included in the consolidated lessons learned spreadsheet to help guide benefit goal setting and measurement on future large-scale IT projects at the SOI.