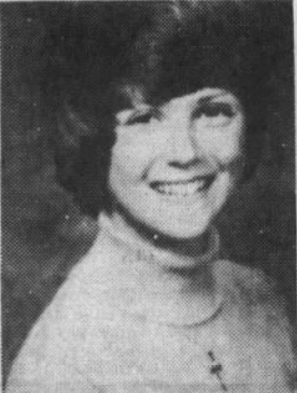 Circumstances: On September 12, 1977, Ann Louise Harmeier was reported missing after failing to return to the Bloomington Campus of Indiana University. Her rust-colored 1971 Pontiac LeMans was found on State Road 37, about 2 miles north of Martinsville, Indiana. The car was later found parked on the shoulder with the doors locked and the hazard lights flashing and facing south toward Bloomington. It was later determined that the engine radiator was out of water and that the car had overheated. Thirty-six days later, Harmeier’s body was found in a cornfield approximately 7 miles northeast of Martinsville, Indiana. It was determined that she had died from strangulation by a shoelace.

Anyone with information concerning any of these cases, please contact: