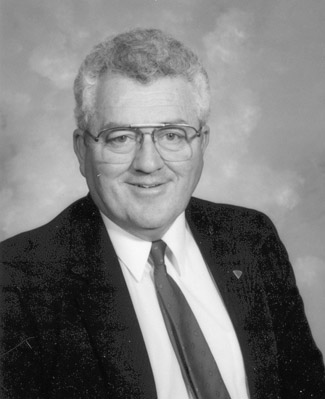 For many years the Indiana State Police has offered safety programs and other opportunities to interact with Hoosier youth to provide a positive influence.  Sgt. Ernie Alder, retired Public Information Officer from the Connersville District, had a particular interest in youth.  He is considered by many as the “father” of the Indiana State Police Youth Services Program.  In 1969 Sgt. Alder made a proposal to the Indiana Board of Directors of the Indiana District of Kiwanis to co-sponsor a summer camp that would appeal to high school boys interested in pursuing a law enforcement career.  The Kiwanis would be primarily responsible for providing much needed financial support to initiate the camp program while the Indiana State Police would provide troopers to serve as counselors, equipment for demonstrations, and provide speakers and other activities to present to the campers.  Sgt. Alder’s proposal was met favorably by the board and after receiving approval for the venture from State Police Superintendent Robert Konkle, the first Indiana State Police/Kiwanis International Career Camp was held in the summer of 1970 at the Hoosier 4-H Leadership Center near Purdue University.

Then, as today, Career Camp provides insight for high school students to get an idea of what a career in law enforcement has to offer.  A classroom setting for lectures from the various participants in the criminal justice system, to include prosecuting attorneys, defense attorneys, judges, as well as police officers themselves combined with field problems, visits to local jails, and mock vehicle crash scenarios are a regular part of the curriculum. The addition of physical activities such as softball and other athletic competitions makes for a well rounded camp experience.

In 1973 the Career Camp opportunities were expanded to include the young ladies as the female role in law enforcement was growing nationally.  The initial camp was a three day camp that met with such success it was expanded to five days the following year.

In 1979 the Indiana District of Optimists teamed up with the Indiana State Police to co-sponsor Respect for Law Camp.  Respect for Law Camp offers opportunities for fifth and sixth grade students to participate in a camp experience that is law enforcement oriented, yet the content is geared toward the younger camper.  Safety programs, law enforcement demonstrations, and physical activities provide the campers the opportunity to interact with troopers in a less regimented atmosphere than the Career Camp.  The three day camp is held on several different college campuses throughout Indiana each summer.

The Respect for Law Camp was deemed a success when so many kids attended both their fifth and sixth grade years.  This resulted in the creation of the Lions Law Camp.  Lions Law Camp is co-sponsored by Indiana Lions Clubs and is for junior high school age children.  The four day camp also includes law enforcement related topics and activities but does not duplicate that of Respect for Law Camp.  With the addition of Lions Law Camp, the Indiana State Police now has camp opportunities for kids from fifth grade through their senior year in high school.

Sgt. Alder was also concerned about the history of the Indiana State Police.  So many photos, antiquated equipment, books, and other articles of memorabilia was stored haphazardly in cabinets, closets, drawers, and boxes in different locations throughout the state.  He had the idea of a centralized location to store these priceless items and preserve the history of the department.  Although by the late 1980’s Sgt. Alder had been retired from the state police for several years, he got the idea to request a parcel of unused state owned land near the Indianapolis Post as a location to build a museum.  The museum would serve as an excellent location to preserve all the I.S.P. memorabilia and at the same time allow it to be displayed for the public to enjoy.  This museum could also serve as the central office for the Indiana State Police Youth Services Program. 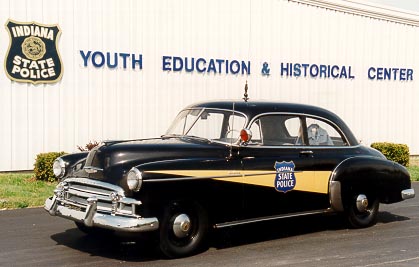