The Executive Reorganization Act of 1933 created the Indiana State Police as we know it today by consolidating the three state law enforcement bureaus into one agency.  Governor McNutt recognized a need to keep politics out of the state police bureau as much as possible.  The 1935 Reorganization Act called for the creation of a bipartisan state police board.  On June 10, 1935 Governor McNutt appointed the first Indiana State Police Board consisting of two Republicans and two Democrats.  The original Board members were Albert Rabb, Horace D. Norton, Claud R. Crooks, and Carl M. Gray. 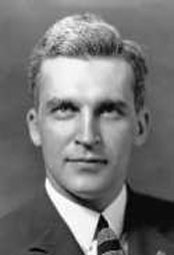 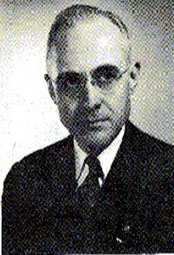 The first job for the Board was to enforce the merit system which had just been created and at the same time, attempt to take politics out of the state police.  Since the head of the Indiana State Police is a governor’s appointee, the bipartisan board helps to maintain a balance between any possible political motives a superintendent may have against the best interest of the Department and the public.  In addition, the board can still provide some civilian influence and a broader, more neutral perspective over certain issues that may be viewed more narrowly by a career law enforcement officer.

Since the creation of the Board, one of its functions has been to review policies and procedures and make sure the Department fulfills its statutory obligations.  The Board approves appointments, retirements, promotions, and awards and gives input on equipment needs or issues and the addition or construction of new posts among other infrastructure concerns.  The Board also serves as a liaison between the Department and the Governor’s office.

Another important function of the State Police Board is the role it plays in the Department’s disciplinary process.  A state police employee has the right to appeal disciplinary decisions made by supervisors and commanders up the chain of command all the way to the Board.  A police officer is and should be held to a higher standard than the public, yet without giving up certain rights.  When an appeal is taken all the way to the Board, the issue is heard from the very beginning as if that hearing is the first hearing for the accused employee.  However, if the Board finds there has been misconduct or a violation of Department policy, it may impose a more severe penalty than the original penalty imposed by a commander.

The original State Police Board consisted of four individuals.  Today’s Board consists of six members, three Republicans and three Democrats.  There is one board member representing each State Supreme Court District.  The members serve staggered four year terms therefore making it impossible for any governor to completely change the make up of the board during his or her term.  Since the implementation of the Indiana State Police Board in 1935, it has played a significant role in the reputation of the Indiana State Police Department as a premier law enforcement agency.