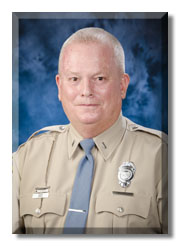 ...served nearly thirty (30) years with the Morgan County Sheriff’s Office prior to joining the staff at the Indiana Law Enforcement Academy in January 2011. Lieutenant Ringer first served the Sheriff’s Office as a Jail Officer and Reserve Deputy Sheriff for five (5) plus years before becoming a full time Merit Deputy.

As a Merit Deputy, Lieutenant Ringer held many positions including Scuba Diver and Evidence Technician. In 1995, he was promoted to the rank of Captain, serving until his retirement as third (3rd) in command. While serving as Captain he was a Shift Commander, Fleet Manager, Reserve Division Commander, and assisted with In-Service training.