In accordance with Indiana law, the GNBS program tracks and reports data collected while carrying out newborn screening in Indiana.

A screening helps to find and identify individuals who do not have any symptoms but may be at risk of having a disease or condition. Diagnostic testing, also called confirmatory testing, is done after screening identifies an individual as possibly having a condition. Testing will confirm or rule out the diagnosis. In other words, screenings identify, and testing confirms.

Presumptive positive (pre-positive) screens are any screen that resulted potentially positive for a condition. Pre-positive screens require additional testing through a diagnostic test to confirm or rule out the diagnosis. Sometimes the blood collected from the initial screen is not of good enough quality to be analyzed. If this happens, a repeat screen will need to be collected.

The reports below display the total number of confirmed positive cases of conditions in a given year. 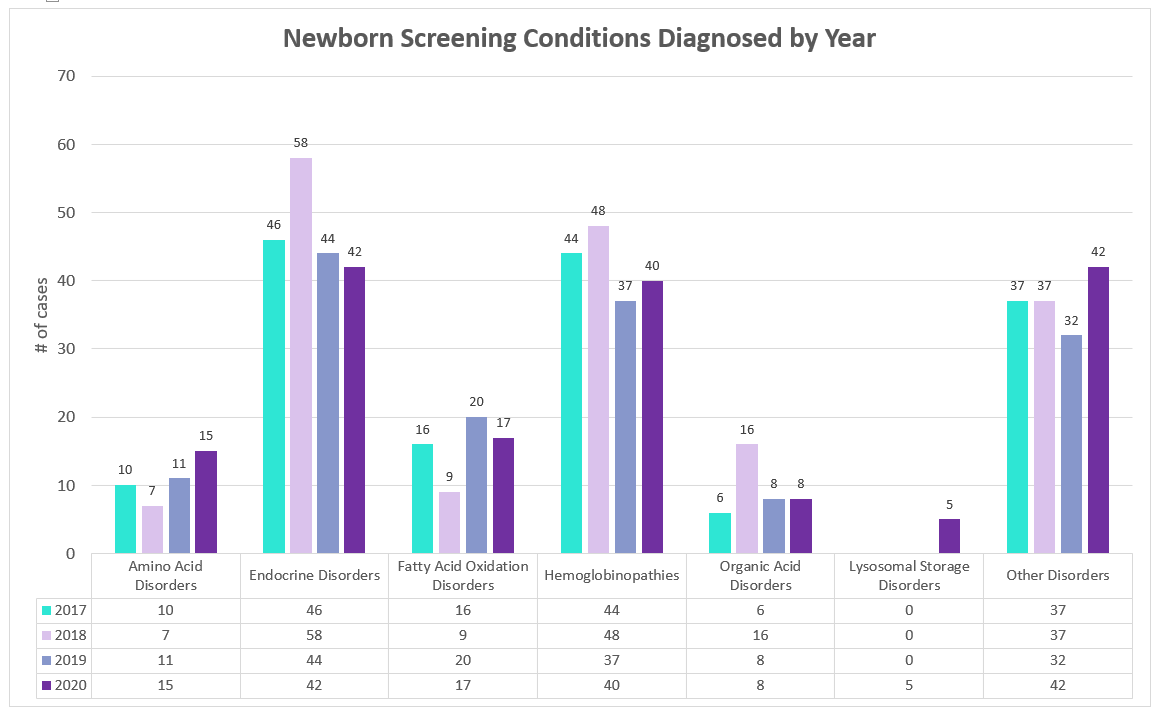 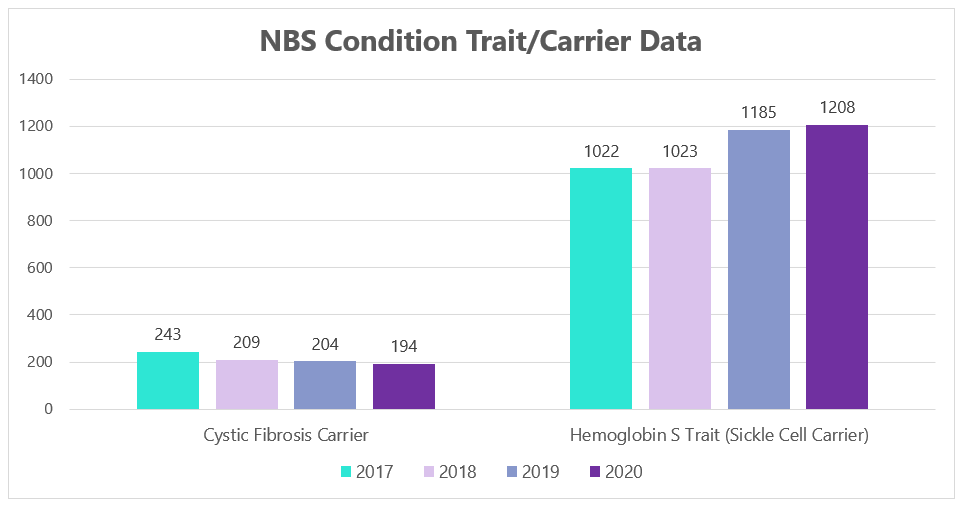 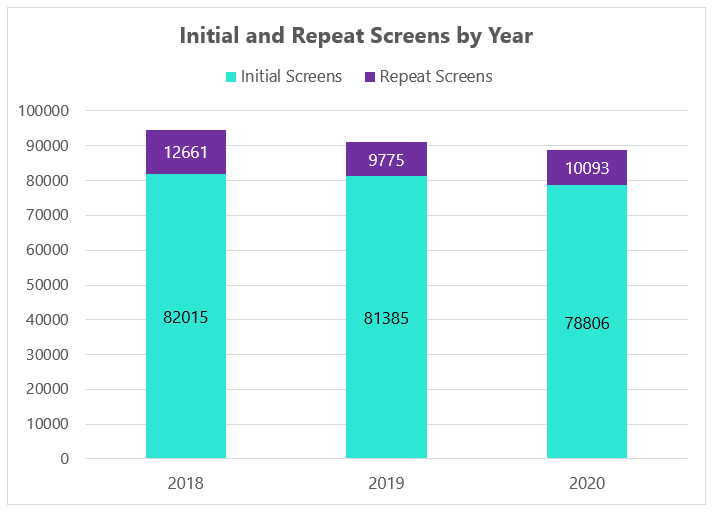