services and resources for veterans at historic downtown site

INDIANAPOLIS – On March 15, 1919, members of the American Expeditionary Force convened in Paris to form the first American Legion caucus. This historic event marked the start of an organization dedicated to creating and fighting for veteran benefits, resources and programs. The new American Legion crafted the first pages of the G.I. Bill and established the U.S. Veterans Bureau, which would later become the Veterans Administration.

The group’s war-weary veterans held their first convention in November 1919 in Minneapolis. They adopted a constitution and preamble and voted to establish a permanent national headquarters, moving the newly named American Legion from Washington, D.C., to Indianapolis. With more than 170 trains in and out of the Circle City on a daily basis, Indianapolis provided the ideal location for 55 department heads to meet and create the programs that would change the lives of American veterans and their families forever.

The state moved to build the Legion’s home on this property, located at 777 N. Meridian St., and broke ground in 1924. Building 777 was the first property conceived on the state land. In 1927, General John J. “Black Jack” Pershing, commander of American Expeditionary Forces on the Western Front during World War I, laid the cornerstone of the Indiana War Memorial, launching the development of additional memorials standing in that space today. The American Legion Mall features a sunken garden with a cenotaph and four Art Deco columns topped with stylized golden eagles. Built in 1931, the cenotaph is a tribute to the Hoosiers who gave their lives in World War I.

“The city of Indianapolis has more memorials and space dedicated to our service members and veterans than any other city in America, except Washington, D.C.,” Goodwin said. “Leaders back then understood the importance of honoring and caring for our nation’s veterans. It behooves us to do the same and consolidate services, programs and benefits for veterans in one location to ensure the highest quality care and recognition for their efforts defending freedom around the world.”

After the building’s construction was complete in 1925, the American Legion, the Red Cross and the Indiana Department of Veterans Affairs (IDVA) took up residence in the four-story, 40,000 square foot iconic structure. The American Legion Auxiliary also began serving women veterans from Building 777. The location was so successful that by 1950, the Legion had outgrown the building and moved to a new, larger location nearby at 700 N. Pennsylvania St. In 2014, then-IDVA director James Brown and Goodwin conceived the idea to centralize and secure veteran services in one prime location named the Indiana Veterans Center.

“We are now in a position to put this historic site back to work in a way that will provide tremendous benefit to veterans and eligible family members,” said Dennis Wimer, IDVA director. “The vision we have is to make Building 777 the nucleus of veteran activity, resources and strength in Indiana. Veterans will be able to access the help and resources they need in one location, one trip, one stop.”

The distinctive structure needed a transforming renovation, while still preserving all the detail of its early 1920s charm and architecture. Then-Gov. Mike Pence appropriated funds from a 1923 state account that allocated monies for maintaining, building and recovering state properties but remained unused until labor to revive the site began. While the historic look of the building has been preserved, new features include updated ramps compliant with the Americans with Disabilities Act and restrooms on each floor. Now that the renovation is complete, all divisions of IDVA will migrate to the building’s third floor, including the State Approving Agency (SAA) and the Military Family Relief Fund.

SAAs were created during the early days of the World War II GI Bill of Rights, from ideas conceived and developed in Building 777. The primary focus of the SAAs continues to be the review, evaluation and approval of quality programs of education and training under state and federal criteria. SAAs conduct on-site compliance visits to approved institutions and to those seeking approval and provide technical assistance to help them meet requirements. SAAs engage in outreach activities to encourage wider use of the GI Bill by veterans, schools and employers. Many also act as state liaisons, helping military installations provide base personnel with quality educational offerings and information about education benefits.

Additional agencies that will follow IDVA to the Indiana Veterans Center are INVets, representatives from the Disabled American Veterans and the Veterans of Foreign Wars. Furthermore, the location will assist veterans with their medical and health care enrollment and benefits, as well as with acquiring benefits and services offered from the federal regional office of the U.S. Department of Veterans Affairs.

“No other state that we know of will offer all of these services under one roof,” said Goodwin. “Since the Vietnam War, every veteran is a volunteer; they raised their hands and took an oath to protect and defend others. It is our responsibility to take care of those who took care of us.”

Building 777 also has improved technology access and increased space for training, staff meetings and conferences. Veterans will be able to use computers and the internet to access any digital and electronic records with assistance from staff.

“This will be a veteran’s last stop; this is the finest collection of veteran helpers in one location,” Goodwin said. “If you have a problem or an issue and you can’t get it solved elsewhere, you need to bring it here and get it resolved. We will work until it is truly fixed.”

Some information for this article obtained from https://www.legion.org/history. 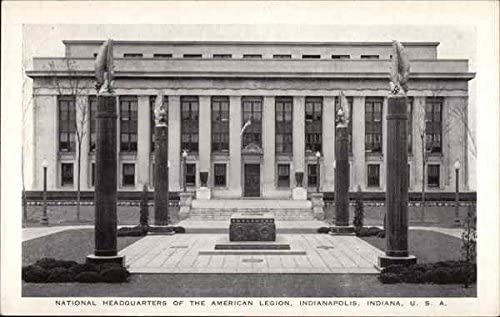 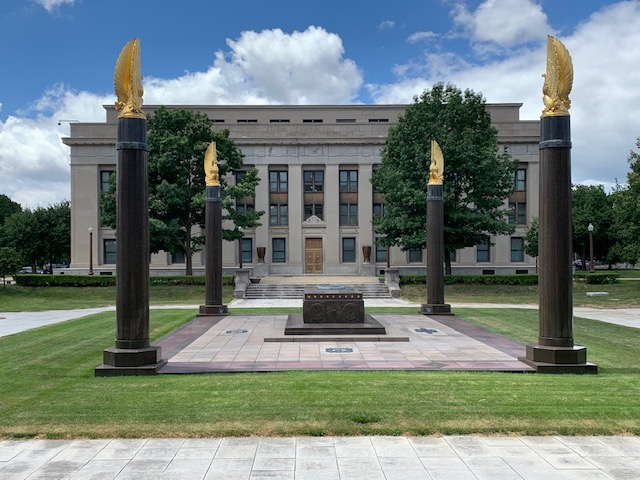