Senate Enrolled Act 406-2015, "Aaron's Law," is an Indiana law that allows Hoosiers to obtain a prescription for Naloxone if they believe someone they know is at risk of an opioid overdose. Prior to this law, only emergency workers were allowed to carry Naloxone. The bill was signed into law April 2015.

Naloxone, also known as "Narcan," is a medication used to reverse the effects of opioids and can be administered when a person shows symptoms of an overdose. When injected, it works within five minutes, will "wake up" the individual, and allow them 30 to 60 minutes to seek medical attention.

Thanks to Aaron's Law, Naloxone is available to on-site medical staff, school nurses, supervisors and anyone responsible for someone at risk of an overdose.

SEA 406 is named after Aaron Sims, a young Hoosier who lost his battle with heroin addiction. 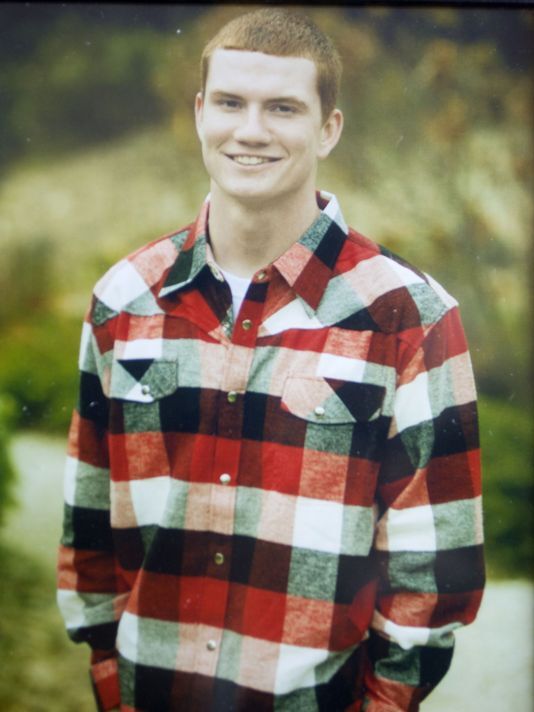 In an interview with the Indianapolis Star, Justin Phillips described her son as an "athletic, red-headed charmer of a son" with a big heart and a love for football. Aaron Sims (1993-2013) was an Indianapolis native and a quarterback for the varsity football team at Lawrence North High School.

After suffering a concussion during football training, Aaron was benched from games, and eventually dropped from the team. He later dropped out of school, got involved with the wrong people, and began using heroin, despite his family's efforts to guide and watch over him.
Eventually, Aaron came to terms with his addiction and asked his family for help, but the disease had a strong grip on his life. He suffered from severe anxiety and insomnia while undergoing rehabilitation. He continued using to cope with his struggles, until October 9, 2013, when Aaron was found dead in his apartment from an overdose.