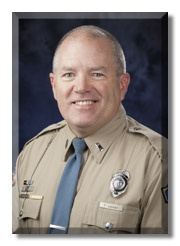 As an Indiana Conservation Officer, Lt. Lahay was heavily involved as an underwater Search and Rescue Diver, a field training officer, a K-9 handler, and a Sonar Operator.  Serving his entire career as a field officer, Lt. Lahay also served a role in their Investigations Section (covert and overt), as a certified Evidence Technician and Photographer, and as a Public Information Officer.  During his years of service with the DNR, he received numerous awards, including District Officer of the Year, Division Officer of the Year, Hunter Education Instructor of the Year, and several commendations for heroism and life-saving.

Away from academy life, Lt. Lahay likes to hunt and fish, as well as spend time with his wife and daughter.