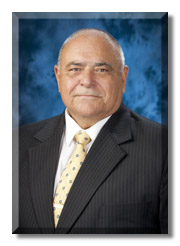 Dr. Whitesell began police work in 1974.   Throughout his police career he has worked for city, county and state police departments.  He has worked the Jail, K-9s, motorcycles and SWAT.  He retired in 2013 as the 19th Superintendent of the Indiana State Police.

He has been a police psychotherapist since 1987 working nearly exclusively with police and military personnel and their families.  He is a Licensed Clinical Social Worker and a Licensed Marriage and Family Therapist.  He is presently the director of clinical services with the Indiana Law Enforcement Academy.

He is a Marine Corps veteran and an Officer of Armor in the United States Army.

Dr. Whitesell is a court certified Use of Force Expert.  He is a high ranking martial artist in several martial arts systems.  He has been inducted into the Martial Arts Hall of Fame as well as the International Budo Society which is composed of those individuals who are recognized to be among the most spirited and capable fighters in the world.

Throughout his career he has held staff instructor positions with, Smith & Wesson, Heckler & Koch, Glock Firearms, PPCT, and Thunder Ranch.