The Academy's Basic course for new police officers consists of over 600 hours of training in a variety of areas. Criminal and traffic law, firearms, emergency vehicle operations, physical tactics, EMS awareness and human behavior are some of the major areas of instruction during this course.

A variety of other police related subjects such as accident investigation, criminal investigation, domestic violence and sexual assault, water rescue training, Standardized Field Sobriety Test, crime prevention and drug and narcotics are included in the areas an officer must study before graduating.

The course of study is designed to incorporate practical as well as classroom exercises so the officers have a better idea of how they will react to situations they will encounter when they return to their departments. 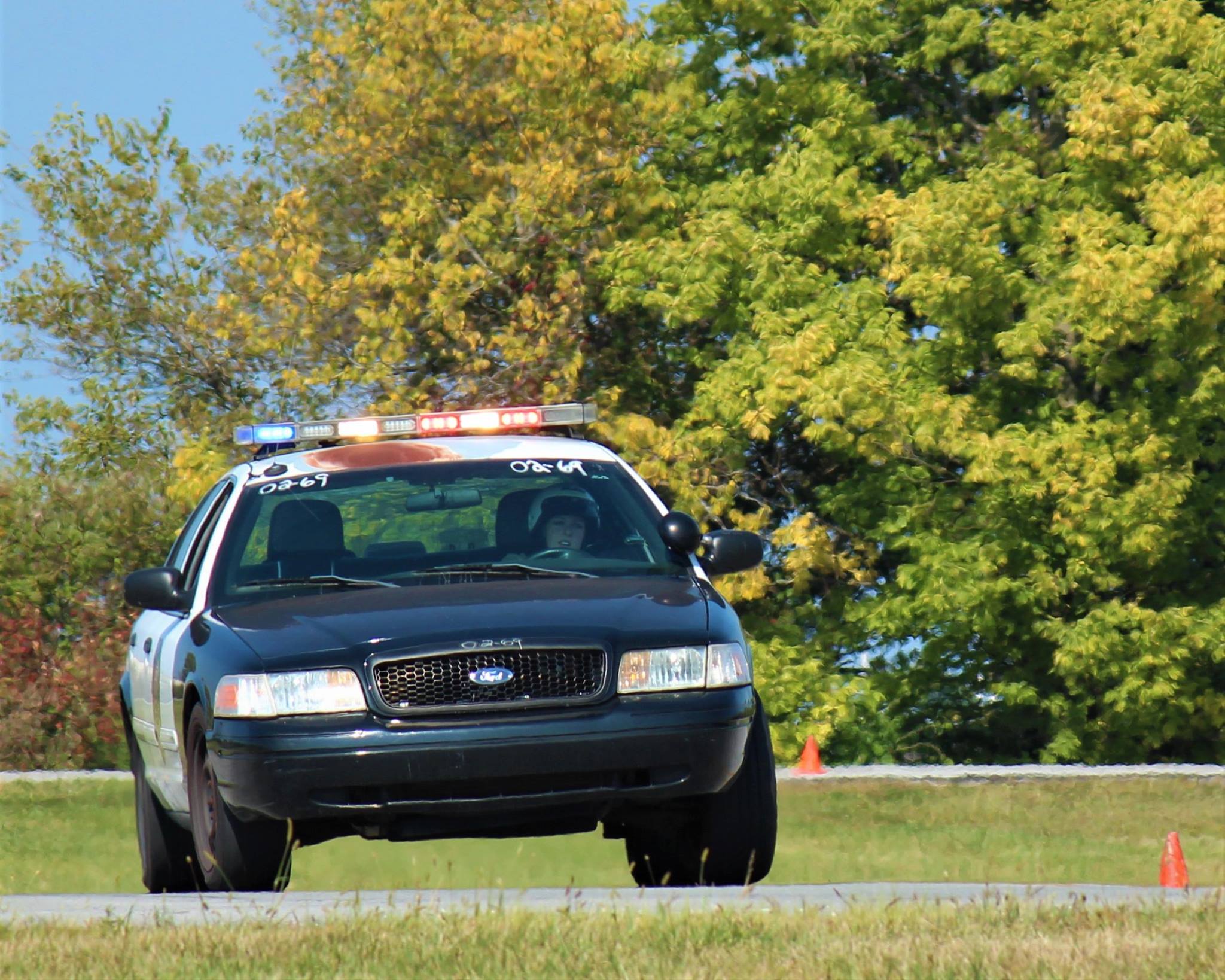 This segment of training begins with classroom lectures on topics including operational guidance, legal principles, officer liability, vehicle dynamics, risk management and the process of decision-making needed for collision avoidance.  Next, the students use what they've learned in the classroom in practical driving situations that demonstrate the risks involved in emergency response and pursuit driving.

Through the development, understanding and applied knowledge of the vehicle, reading the roadway, driving skills and behaviors promoted during emergency vehicle operations, basic officers are able to successfully control the stress commonly associated with operating an emergency vehicle.  They also learn vehicle handling and weight transfer techniques for high speed emergency response and pursuit driving.

All officers receive training in the proper use of tire deflation devices.  Students are also trained in driving simulators, which places them in "virtual" situations that law enforcement officers might be faced with.    The student must pass each segment of the driving instruction and a comprehensive written examination. 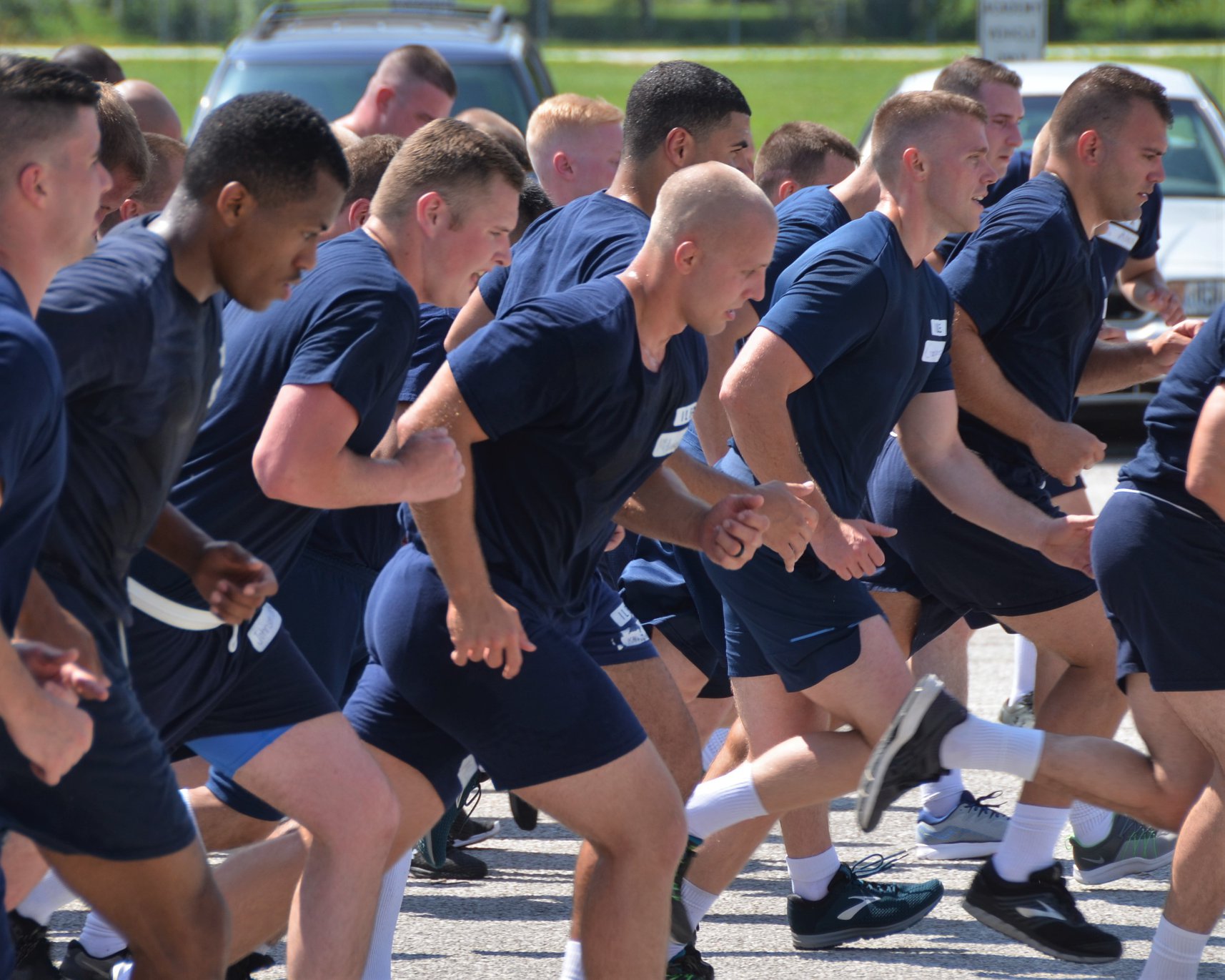 Basic police recruits upon reporting to the Academy must successfully complete a mandatory battery of physical fitness components. These components are the vertical jump, push-ups, sit-ups, 300 meter run and 1.5 mile run.

These same components, with higher standards, must be successfully completed at the end of the Basic Session as well.  The students receive instruction in the area of physical education and fitness by certified staff and have access to some state-of-the-art equipment to help accomplish their fitness goals. 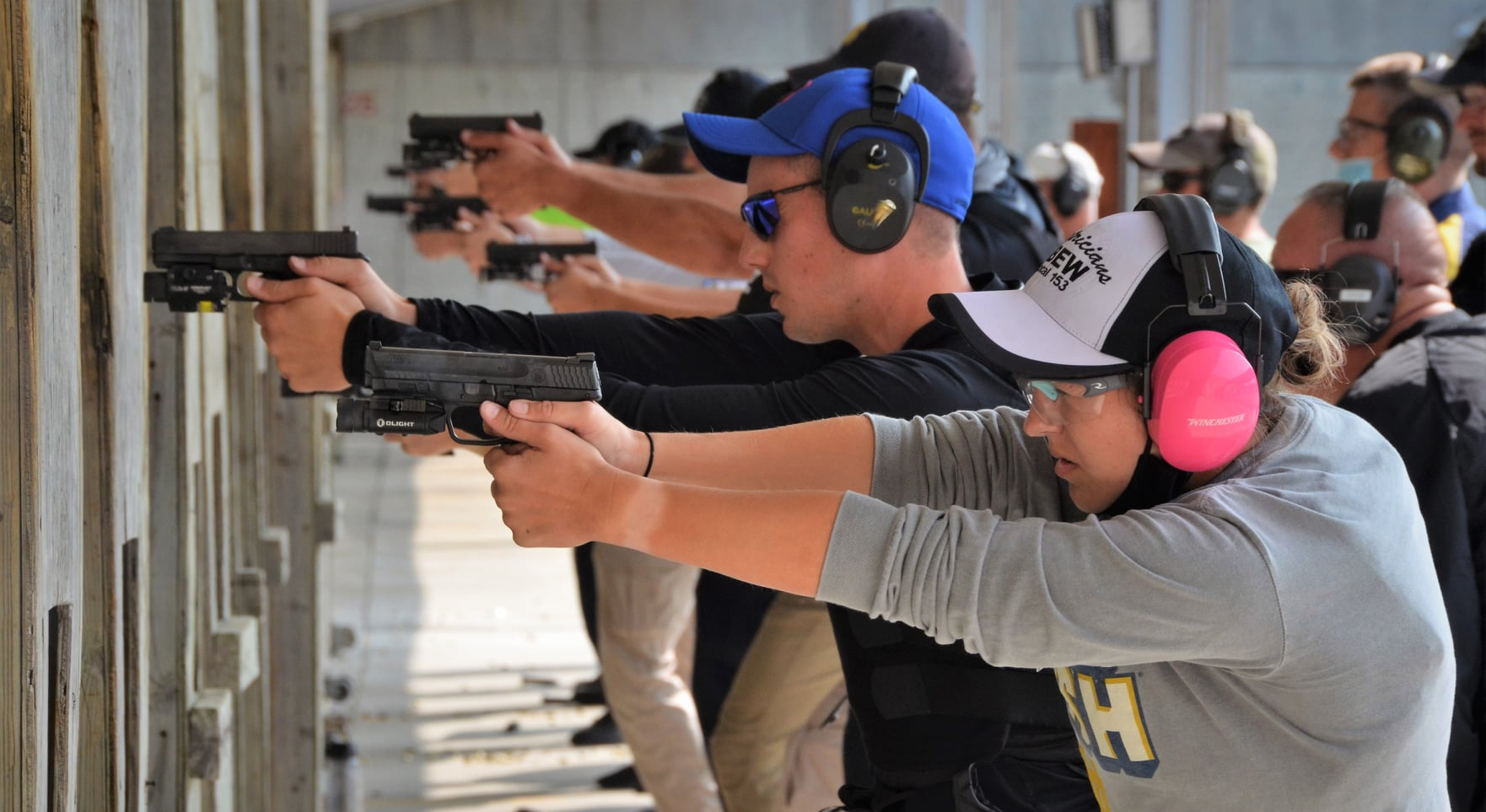 Students must shoot a minimum qualifying score with their weapons and pass a comprehensive written examination. 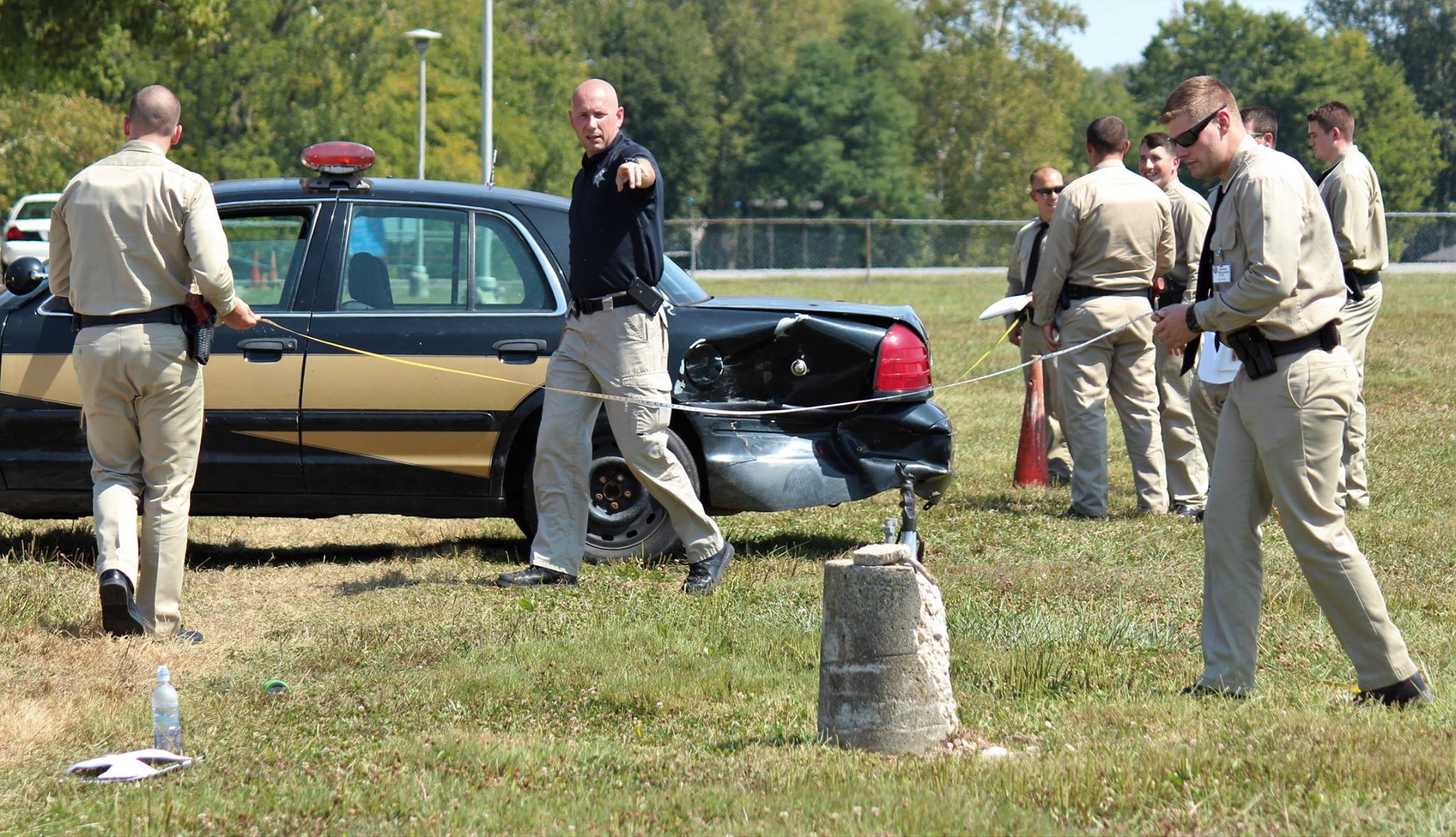 Students must demonstrate a practical proficiency in taking statements and conducting a criminal investigation involving a scenario. 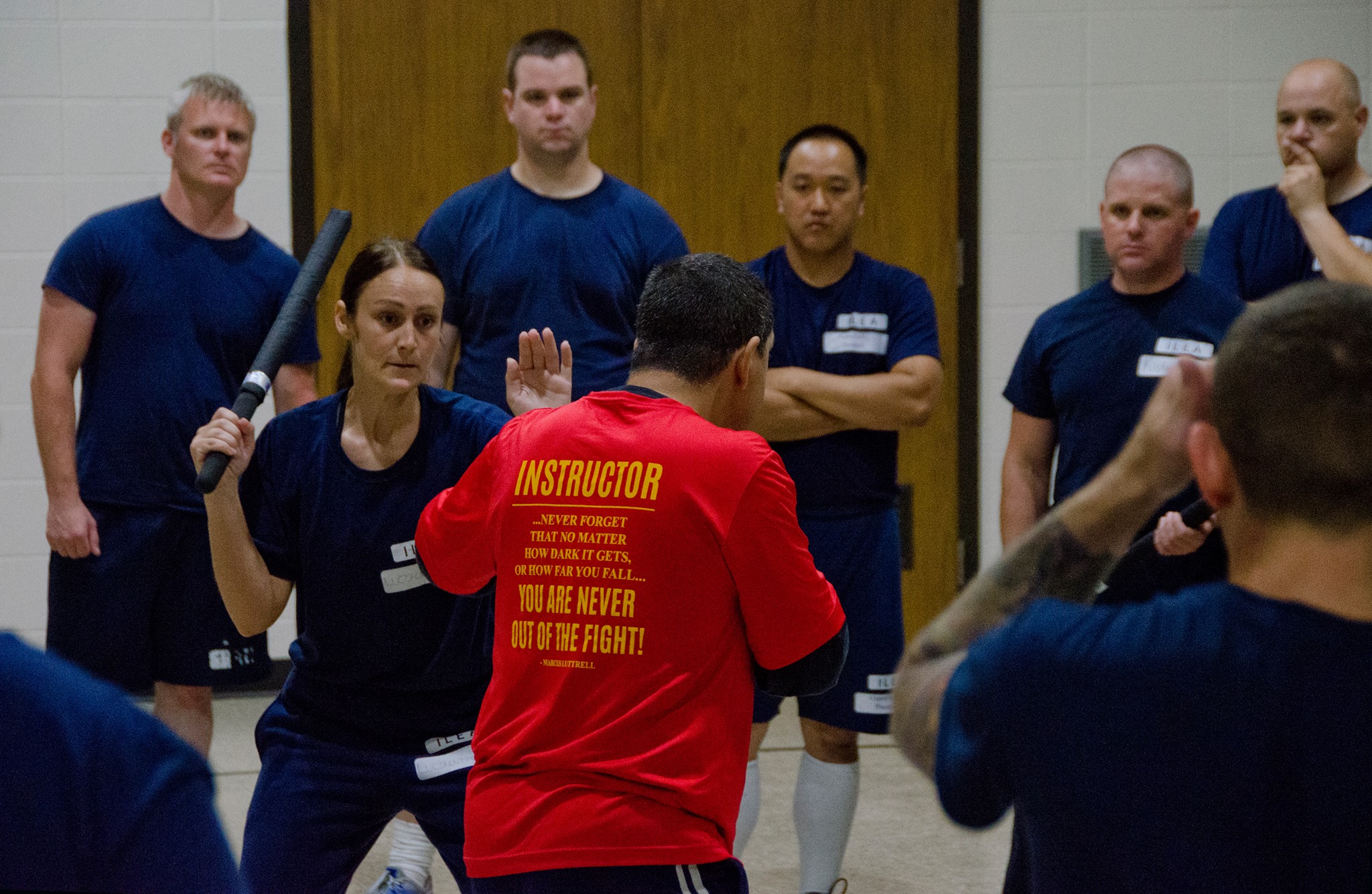 Students must demonstrate a proficiency in each of the areas and pass a comprehensive written examination.

History of the Basic Training Course