This year’s program is centered around honoring and remembering the women from the Holocaust who showed resilience, bravery, and courage. We invite all to attend the program and join us in remembering these women and all people who were victims of the Holocaust.

There will be remarks given from state leaders and members of the Indianapolis Jewish Community Relations Council. There will be awards given to community leaders and organizations who have shown a commitment to sharing teachings of the Holocaust in order to inspire others to stand up against hate and bigotry. Awards will also be given to students who have participated in the Hoosier Student Artistic Expressions Contest in which students created pieces of art in response to a quote about the Holocaust. The program will end with a commemorative candle lighting ceremony, musical arrangements, and prayer. 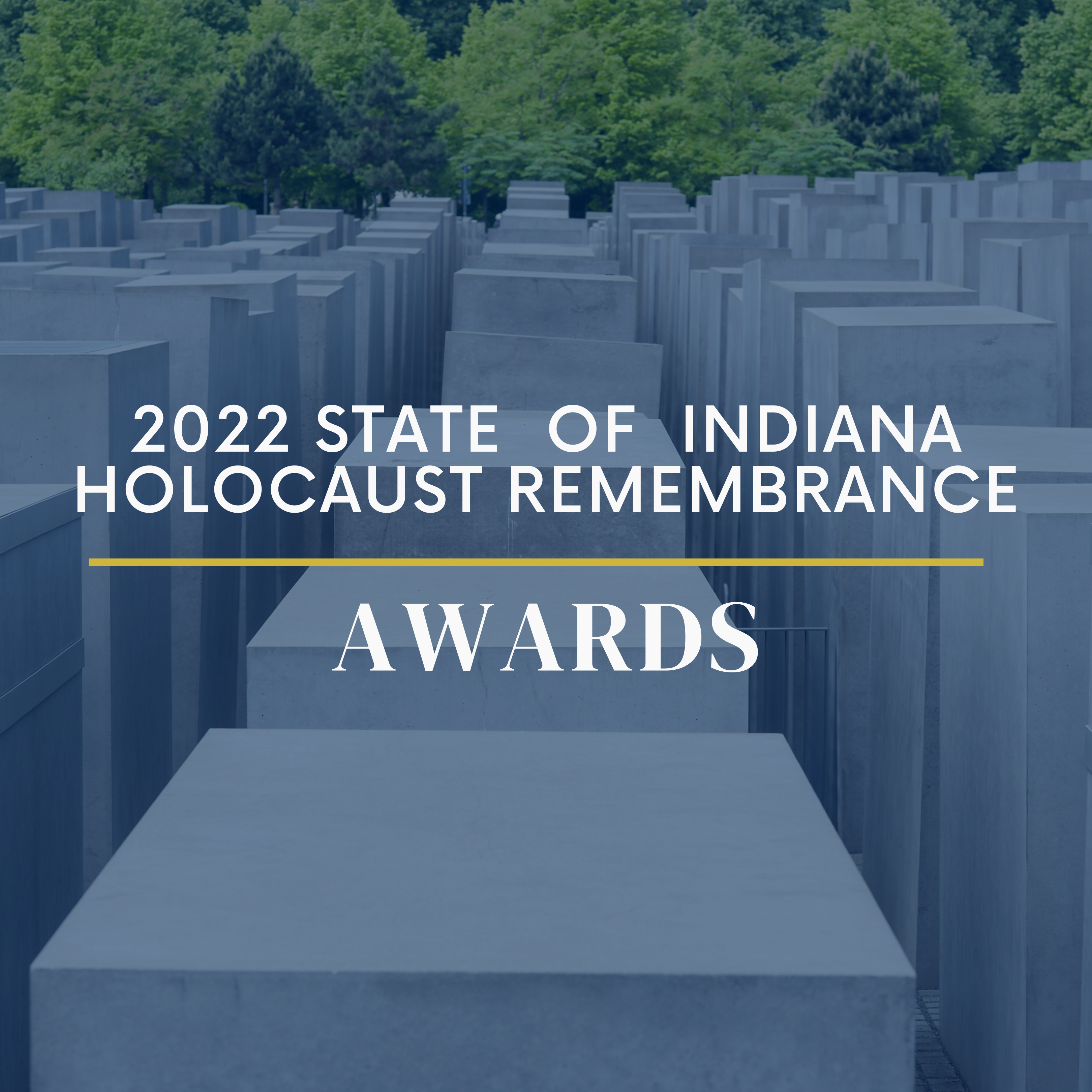 The Dr. Martin Luther King, Jr. Indiana Holiday Commission, the Indiana Civil Rights Commission, and the Indianapolis Jewish Community Relations Council will be awarding Hoosiers and Indiana Organizations who have shown a commitment to promoting Holocaust Education so that such atrocities will never be repeated.

Nominate a fellow Hoosier or Organization for one of the awards below:

The Never Again Ambassador Award is for an individual or organization that has shown a commitment to Holocaust education and creates meaningful spaces for both the memories and lessons of the Holocaust to never be forgotten so that such atrocities never again happen.

The Hoosier Upstander Award is presented to an individual or organization that has shown a commitment to using the lessons of the Holocaust to inspire Hoosiers to stand up in the fight against hate and bigotry by actively promoting respect and understanding. 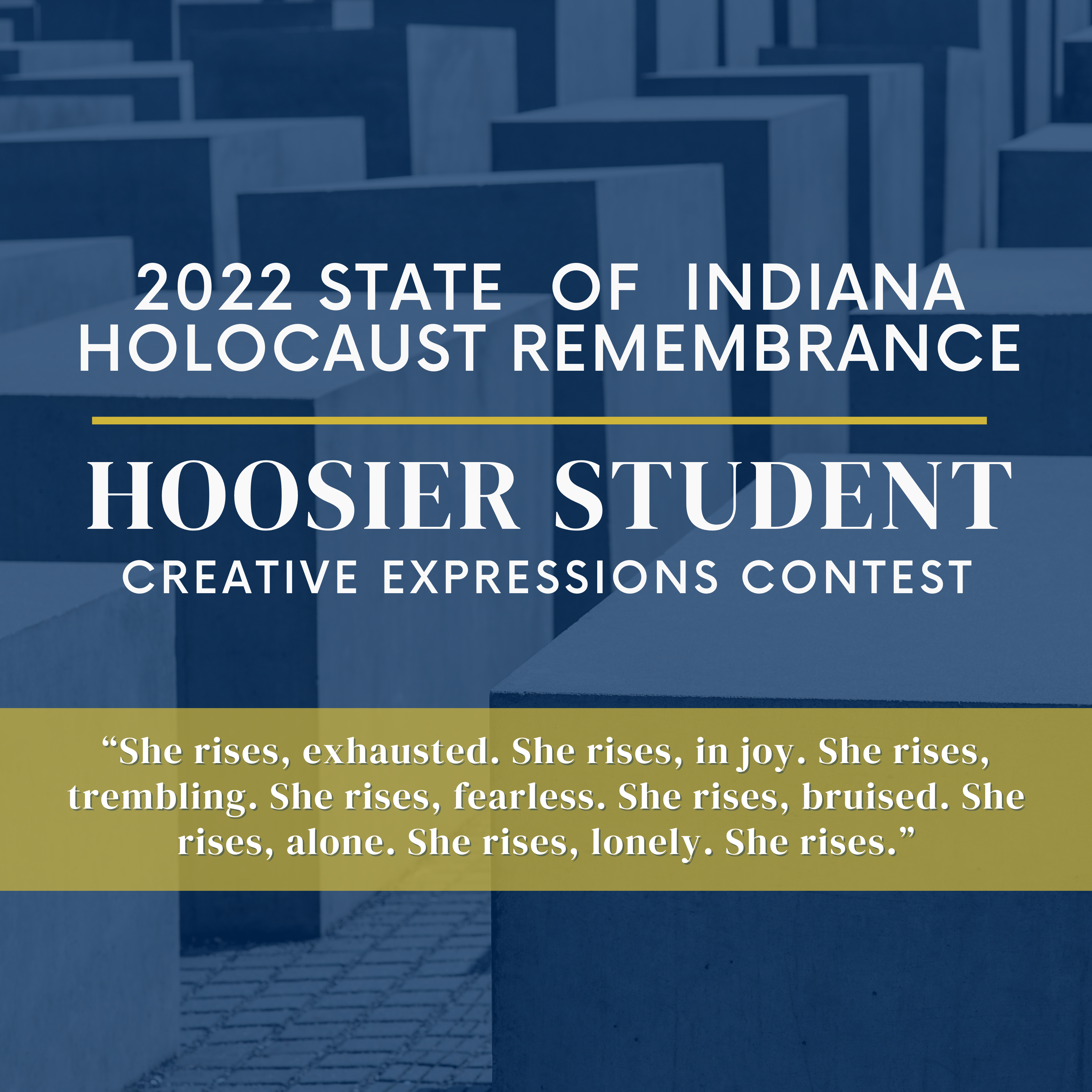 This year, we are inviting middle and high school students from across the state of Indiana to submit an original piece of art or writing to be considered for inclusion in the 2022 State of Indiana Holocaust Remembrance program, marketing materials, and to be displayed at the Eugene and Indiana State Museum.

Two winners will be selected. One winner will come from the 6-8 Grade Category and one from the 9-12 Grade Category.  All winners will have their art displayed at the Indiana State Museum during the month of November and their art will be used in the 2022 State of Indiana Holocaust Remembrance program booklet

Students creating a piece of artwork should be made aware that certain images associated with the Holocaust, such as Nazi symbols, barbed wire, and images from the death camps, carry potent and brutal racist connotations. Students are advised to use such imagery judiciously and thoughtfully, if at all, in their compositions.

For creative expressions to be considered, all the following must be adhered to:

The winner(s) will be notified by email no later than October 26, 2022. All entrants will receive a certificate honoring their participation. Winning artwork will be published in the 2022 State of Indiana Holocaust Remembrance program and used marketing materials