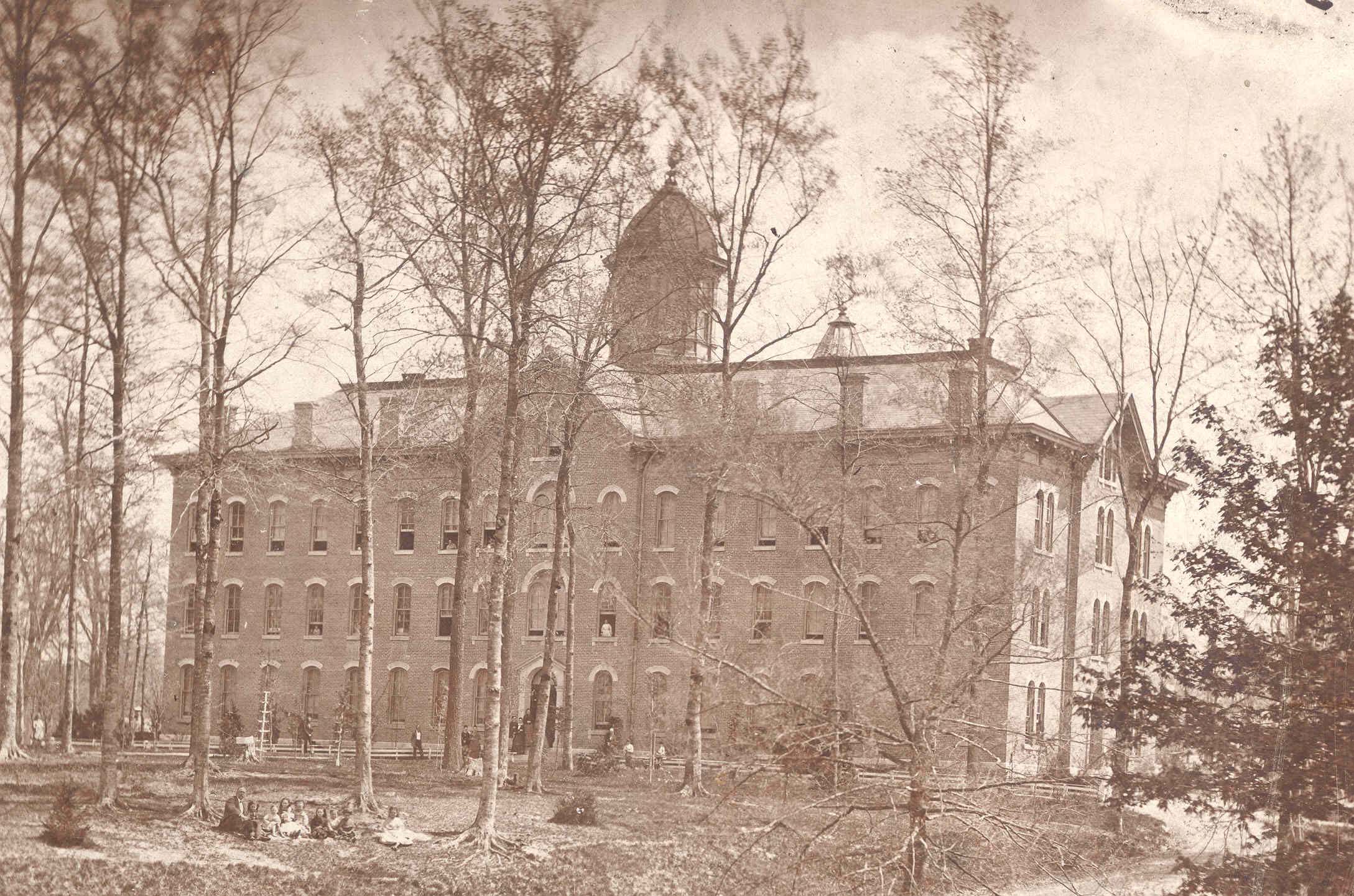 The Indiana Soldiers' and Sailors' Children's Home was founded in 1865 to provide care, education and maintenance for the orphaned and destitute children of Civil War Union Army veterans. The Home was located approximately two miles south of Knightstown, Indiana, on State Road 140 and consisted of 419 acres that included an administration building, children's dormitory cottages, Morton Memorial School, a hospital, dairy farm, camp grounds and recreational facilities. Children from the ages of 4 to 18 were cared for with each child being eligible for vocational training. The Home was owned by the State of Indiana and was managed through a superintendent.

The original proposal for the Home was submitted to Governor Morton by George Merritt in the summer of 1865. A prominent Indianapolis philanthropist, Merritt was the senior partner in the wool manufacturing firm of Merritt & Coughlen, and a founder of Indiana National Bank. He was a member of the Society of Friends and served with the Indiana Sanitary Commission during the Civil War. As a supplier to Union Army hospitals, Merritt came into direct contact with wounded soldiers. His interest in the orphans of Civil War veterans resulted from his knowledge of dying soldiers' concern for their children's welfare.

Merritt recommended attaching a children's home to the proposed Home for Disabled Soldiers and pledged $5,000.00 toward the maintenance of the children. Governor Morton considered disabled veterans the state's primary responsibility and refused to fund the children's home as too expensive. Merritt privately established the Soldier's Orphan's Home in the military ward at City Hospital, now present day Wishard Hospital, in Indianapolis, with a caretaker and four orphans. Soon six more children joined the group. 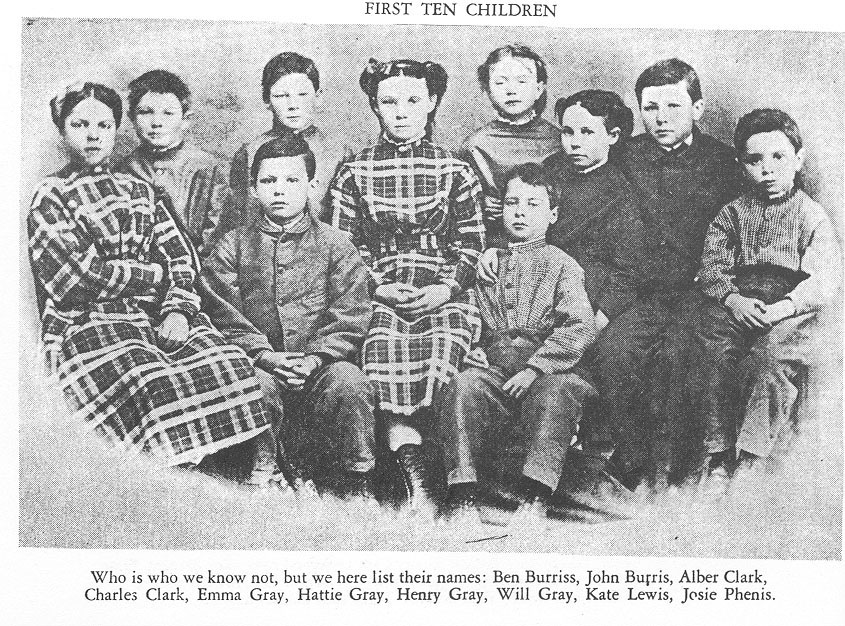 In April 1866  the Indiana Soldiers' and Sailor's Home moved to Knightstown, Indiana, having occupied the old Aldrich Hotel. Merritt moved the children and Miss Susan Fussell, their governess, into a cottage across the lane.  In March 1867, the State assumed control of both homes, restricting residency to totally or partially disabled veterans, veteran's orphaned children under the age of fifteen, children of deceased soldiers whose mothers were still living, and widows of deceased soldiers. In 1871 a fire destroyed the adults' home. The veterans were moved to the National Military Home in Dayton, Ohio and the Children's Home became the sole possessor of the property. 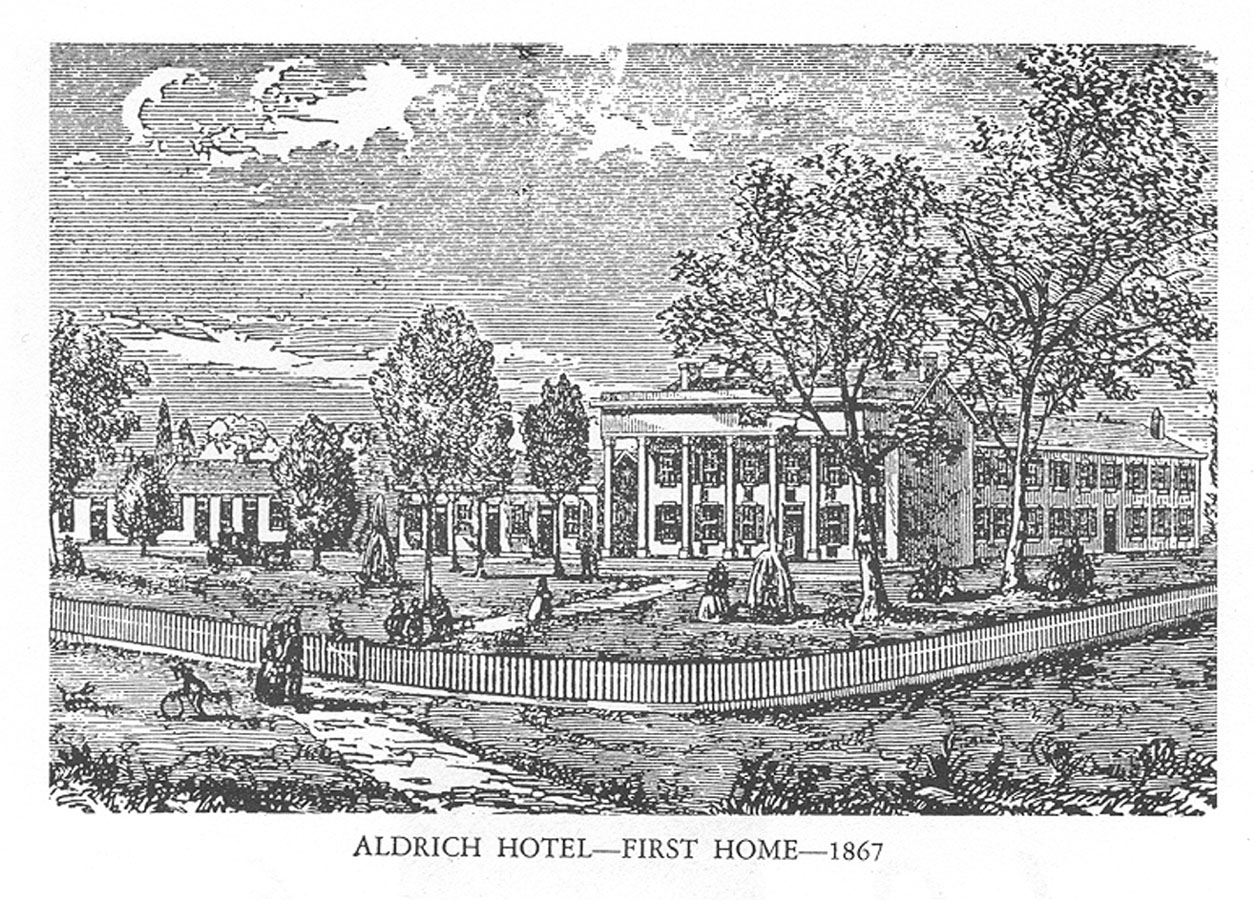 During the late 1890's the Home's supporters grew concerned for its future because the number of Civil War veterans' orphans was dwindling. With fewer children needing care, the Home's demise was inevitable. The legislature was persuaded to amend the law to include all destitute children of servicemen who served on active duty in any of the authorized campaigns or declared emergencies of the United States as evidenced by an award of authorized decorations for service, an honorable discharge, or a letter of mourning, or death certificate. Veterans' children from all subsequent wars have been eligible for admission.

The Home underwent numerous name changes between 1865 and 1929. Originally named the Indiana Soldiers' and Seamens' Home, it was renamed in 1887 as the Indiana Soldiers' Orphans' Home. During 1879-1887 the Asylum for Feeble-Minded Children was located on the grounds of the Orphan's Home and the two organizations shared all communal facilities (dining hall, hospital, church, etc.). Complaints concerning the combination of the two homes, particularly by veteran's organizations, led to the transfer of the Asylum to Ft. Wayne in 1887. In 1929, the Home was renamed the Indiana Soldiers' and Sailors' Children's Home.

Merritt's child care plan resembled that of a private home and remained consistent throughout the Home's existence. Children were separated into "Divisions" of ten to twenty and assigned to dormitory cottages. Each cottage had one or two caretakers who served as foster parents. Children were responsible for the maintenance of their living areas and were encouraged to participate in discussions concerning the problems of group living. 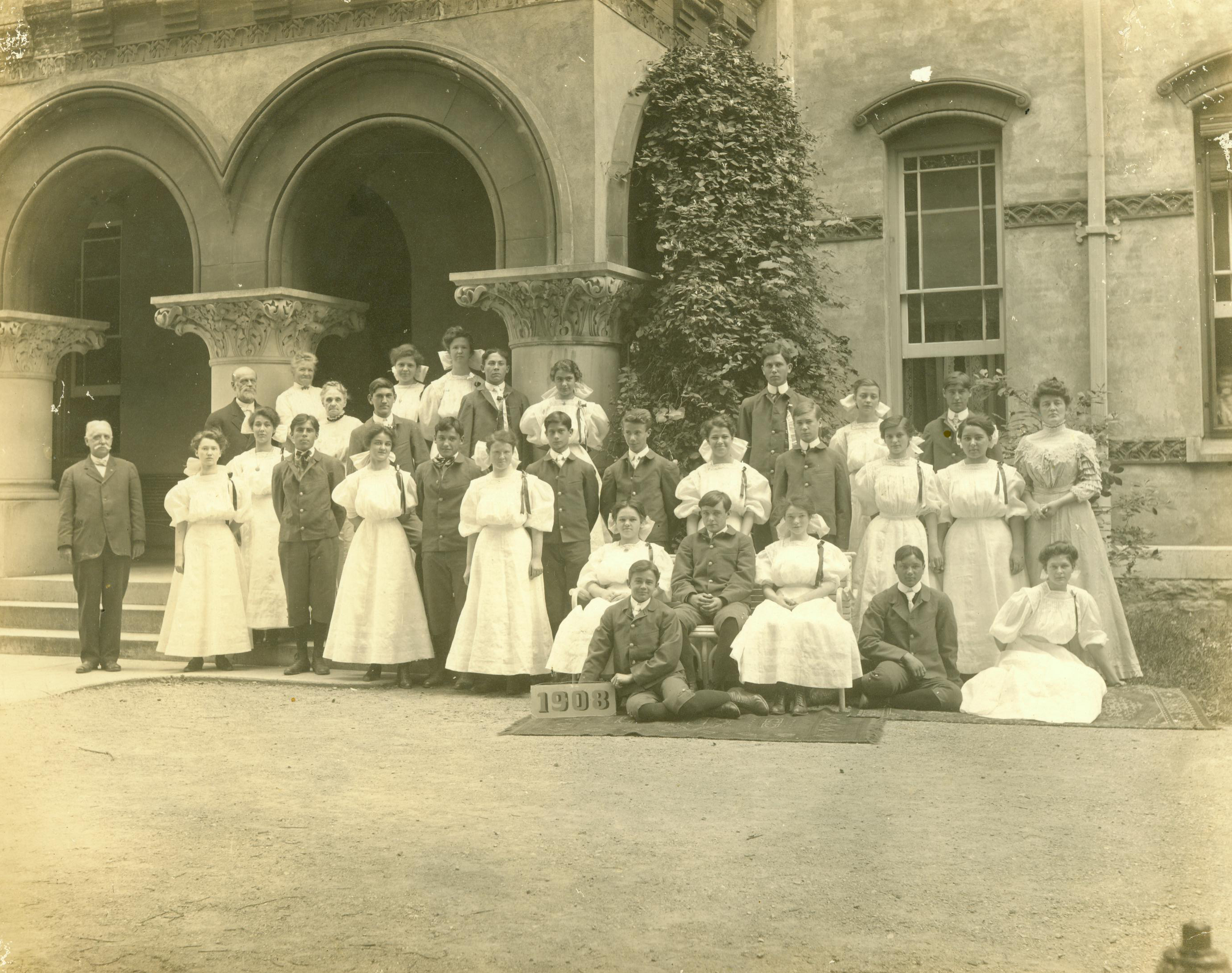 The Home's educational and recreational curriculum expanded as more land and facilities became available.  The Home’s first school, Morton Memorial School,  opened in 1870 as a four room schoolhouse, with separate departments for primary, intermediate, and higher education.  It was quickly filled beyond capacity with newly admitted orphans. Commencement exercises began in 1890.  The first four-year high school class graduated in 1923.  Morton Memorial High School was erected in 1927.  Two schools were destroyed by fires in 1887 and 1891. The present building was erected in 1927 with the final building addition in 1937. The school offered a public school curriculum for grades K-12 with school clubs and sports teams similar to those offered at public schools.

Military training has been an educational component for many years. 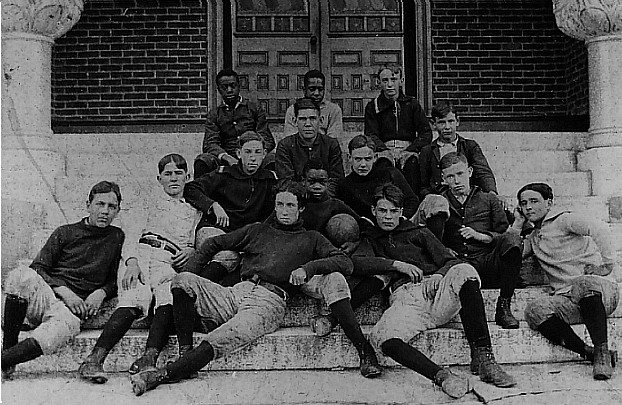 Vocational training began in 1872 when the Industrial Department was established to offer chair caning.  A separate Industrial Building was completed in 1888, housing courses in printing, carpentry, sewing, baking, and shoe making.  The Home’s dairy and farms provided agricultural training.

Children were expected to learn a trade and usually received certification in their trade upon graduation. Students were also encouraged to pursue college. 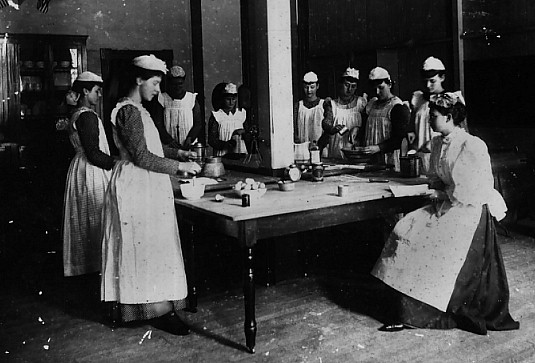 The Home provided children with many recreational opportunities. The campus contained a skating rink, swimming pool, movie theater and a recreation building. Children were allowed one week of summer vacation at the Home's campgrounds and field trips and other special events offered opportunities for leaving the campus.

The length of a child's placement varied as society's views of institutions and child care have altered. Children typically spent several years at the Home and to promote adaptation to the group environment, parents and relatives were allowed few visits. In 1903 the legislature passed an Act allowing the Home's superintendent to hire an agent for the purpose of securing foster homes for some of the children. The purpose was to place children, who were unable to adjust to group living, in a traditional family environment. In recent years, children's families have been urged to resolve the problems which created the need for institutionalizing the child, so that children may return to their families as quickly as possible.

The Home derived consistent support from several veteran's organizations. The Grand Army of the Republic (G.A.R.) was the first organization to fund special events for the children. The G.A.R. and its women's auxiliary provided private funds for Christmas presents, parties and special events such as presents for the graduating High School Seniors. After WWI, the American Legion supported programs such as Legion Day and division sponsors. Each Division is sponsored by a Legion Post, Auxiliary Unit or District who provided luxury and miscellaneous items as well as parties and field trips the children would have otherwise not received.

An Alumni Association, founded in 1892 remained active in the affairs of the Home. They sponsored activities for the children and still meet once a year for a reunion. In 1906 the Home Journal, the school's monthly magazine, began the "Alumni Column" as an avenue for ex-pupils to exchange general interest and personal information. 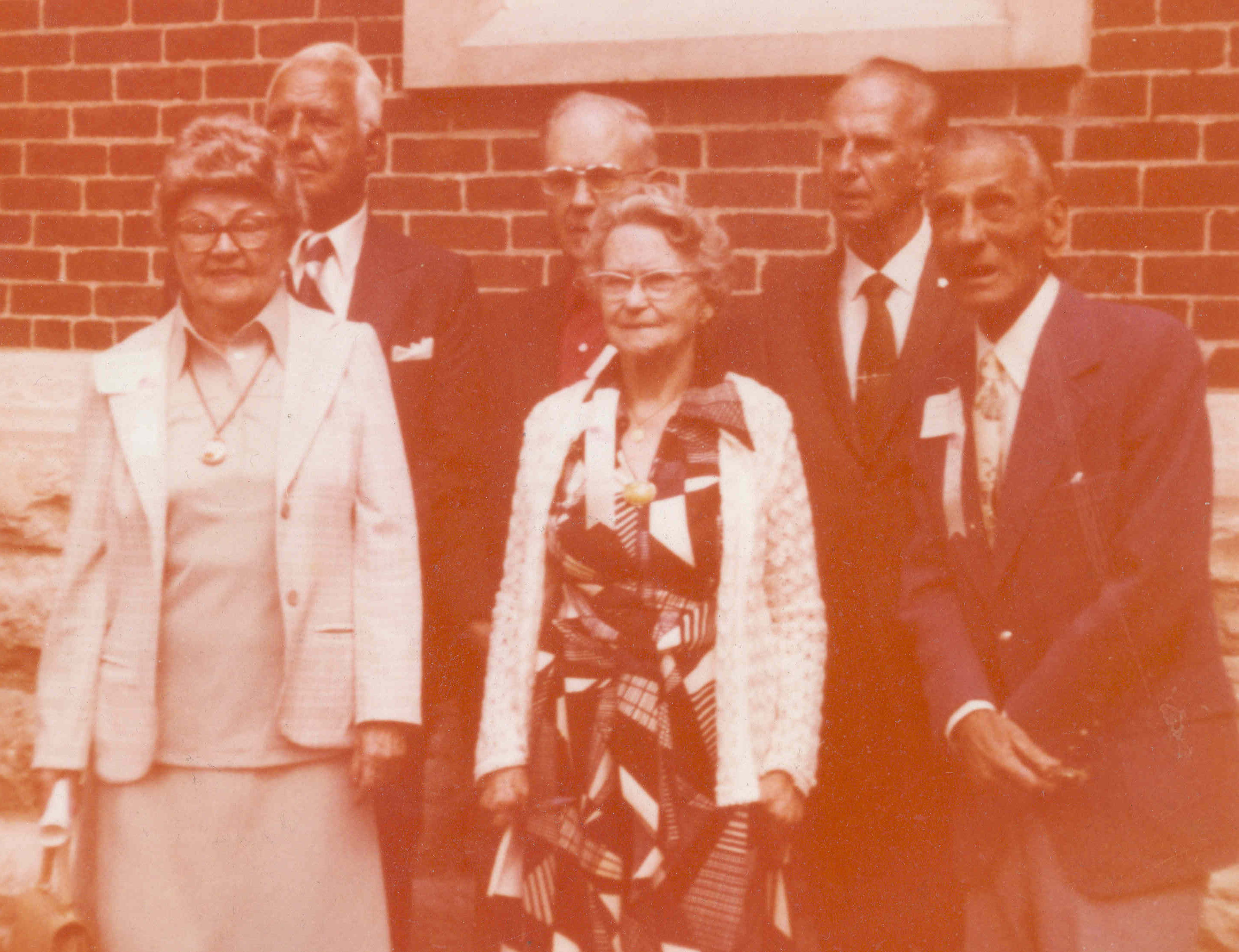 After nearly a century and a half, the Indiana Soldiers' and Sailors' Children's Home closed in May of 2009.  The grounds and buildings have now been transferred to the Indiana National Guard's Hoosier Youth Challenge Academy.

The State Archives maintains the original admission and discharge books from which a searchable database has been constructed. The database includes those students admitted between 1865 and 1995. Microfilmed copies from the admission and discharge books are available. Additionally, there is a limited series of admission and discharge cards.  Student educational records, including transcripts for recent graduates and social history case files exist for later students and are accessible to the student or next of kin. Proof of identity is required for educational or social history case files. Records may be requested by contacting the Archives at arc@iara.in.gov

For information regarding the Indiana Department of Veteran's Affairs' Remissions of Fees Program visit their ISSCH page.