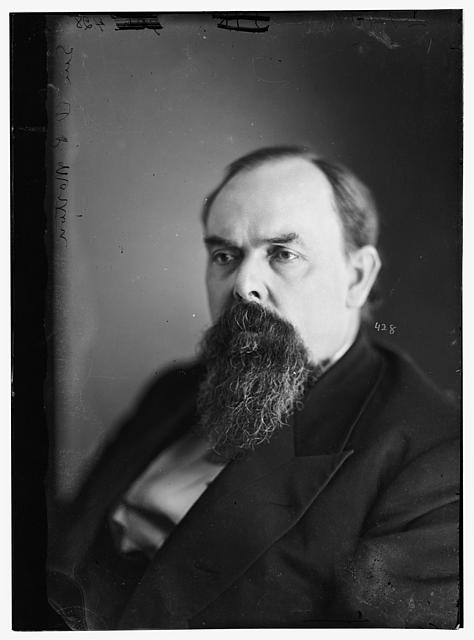 Back to Military Records

Special Announcement! Digital images of all of the Morton telegrams are now available free of charge through the Digital Collections of IUPUI University Library. The telegraph books and the individual slips may now be searched online!  Copies may be downloaded to your computer and printed. If you are citing the material in a publication, please credit the Indiana State Archives.

Now that the Indiana State Archives and IUPUI have completed the final stage of digitizing Civil War Governor Oliver P. Morton's telegraphs, the old searchable database has been retired. Users should find the convenience of instantly viewing the original telegrams far more satisfactory. Be sure to visit the How to Use this Collection Page and the Alphabetical Index List on the Collection Page of the IUPUI site. The alphabetical name index will be especially helpful to users.

A list of the original subject terms is still available here on the State Archives site to help focus patron searches. Please note that, in the interest of completing the original database project in a timely manner, only a limited number of fields were used. Consequently, certain general headings were used to describe the contents of the despatches, such as: Military; Supplies; Prisoners; Politics; Finance. A message might have one or more of these general headings in the subject fields, along with other subjects that give more detail. These are usually the name of a person or a unit designation referred to in the despatch.

For example, a message from an Indiana regimental officer reporting on a skirmish that regiment engaged in will be indexed as "Military" and "17th IVI [Indiana Volunteer Infantry regiment]"; if the despatch mentioned an officer by name, that name may be given. Another despatch, concerning politics and politicians in Indiana, may be indexed as "Politics" and "Colfax, Schuyler" (the name of a Indiana Congressman). Many despatches concern officers seeking promotion or recommending other officers for promotion. In these cases, as an example, the index gives "Military" and "4th Cav." [4th Cavalry, Indiana Volunteers regiment], the unit involved. Some wide-ranging despatches mention numerous subjects, persons and regiments, making it impossible to list all of them in the database entry for that despatch.

This resource, comprising over twelve thousand separate entries, represents the telegraphic communications of Governor Morton, his personal staff, the Adjutant General of Indiana, and scores of correspondents, both prominent and obscure, who wired their queries, comments, and responses.

This resource is an important tool for studying the Civil War, and especially Indiana's role in the conflict. Governor Morton, outspoken and indefatigable in defense of the Union cause, was in constant communication with the nation's leadership. His communications back and forth with President Abraham Lincoln, Secretaries of War Cameron and Stanton and other cabinet officials, and the leading Union generals in the field (primarily in the western theaters of operations) form an important body of documentation of the northern war effort. The records have understandably an Indiana orientation, dealing with Indiana government issues, Indiana soldiers and politicians, Indiana military units, and other matters.

Back to the Governor Morton Telegraph Books Index