The State Archives has a variety of records available regarding the First People of Indiana. The primary collections of interest are Land Records and both Territorial and Supreme Court Cases, but additional records may be found within any of our collections. The information and links that follow below will provide you with more information.

Land Records for the First People in Indiana are found in the Auditor of State Land Records Collections. Native American names are frequently found among the correspondence, Registers of Receipt Books for the various land offices, and Treaty Maps. They are sometimes the subject under consideration in both the Territorial and Supreme Court records.

Due to the many attempts of early settlers to phonetically adapt the names of the First People, there are often many variations in spelling. A partial list of early land records found in the LaPorte-Winamac Land Office database illustrates this perfectly. 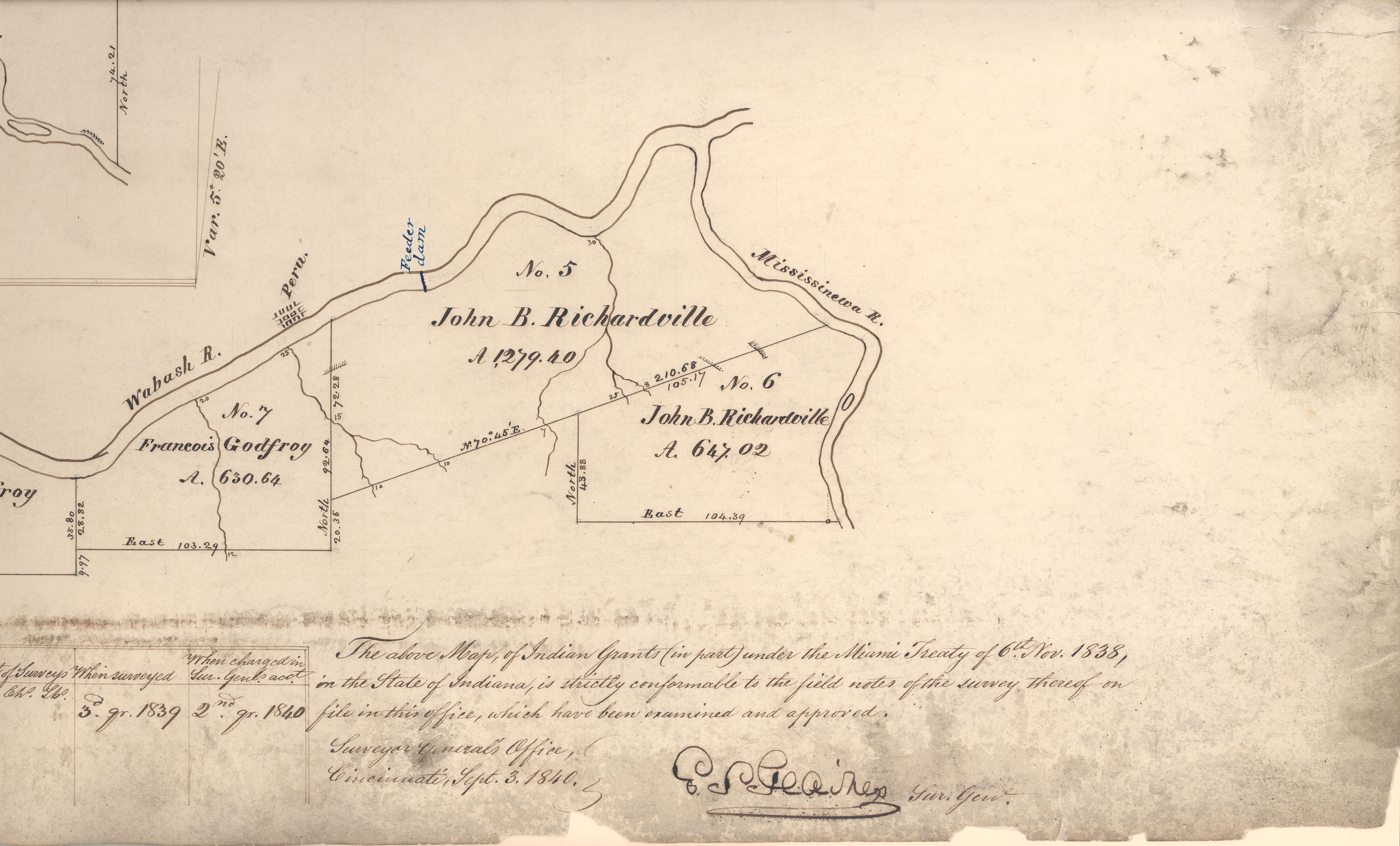 Other Land Resources include:

Printed indexes to early territorial documents are available in the Archives Reading Room.

Additional supplemental material is available in copies of microfilm from the National Archives.