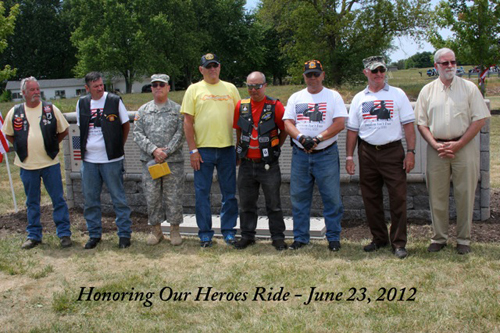 The men pictured in front of the Hoosier Hero Wall above are Vietnam Veterans. They were recognized during 2012 Honoring Our Heroes Ride. Download pictures from the event. Since that time, it has weighed on our hearts and minds that the men and women who served our country during the Vietnam War did so out of loving for, and duty to, our country. Many were just kids ‐ fresh out of school, sent to see, and do things we could never imagine. Those who were fortunate enough to return were not given a hero’s welcome and have never received the thanks and honor that they deserve.

Indiana lost 1,532 Hoosiers during the Vietnam Conflict, nine of those lives lost were from Johnson County. It is our desire to construct five pillars at Proctor Park with the names of the 1,532 lives that were lost engraved on them. Families would then be able to travel to Johnson County to honor these heroes and make pencil rubbings of the names of their loved ones, much like what has been done in Washington, DC.  The new Vietnam Veterans Memorial was dedicated in the summer of 2014.

The Vietnam Veterans Memorial was dedicated in 2014 and have six (6) pillars made of bricks with the names of the 1,532 names of Indiana lives lost during the Vietnam conflict.  A huge thank you to all who participated, supported, and donated to our Welcome Home Ride raising the funds to construct this memorial.

In May 2008, Proctor Memorial Park was officially dedicated. Many improvements have been made since those early days and the number of visitors who have enjoyed this community treasure has exceeded our wildest expectations.
We are still taking brick orders to honor those who have served in our armed forces or our communities. Please help us continue our mission to honor and remember all who have served or are currently serving. 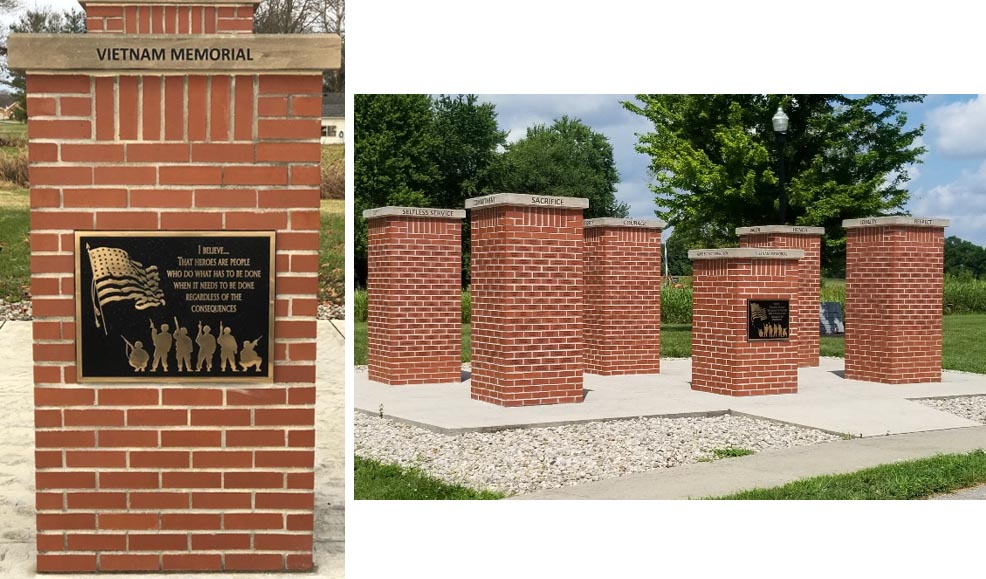 **If you would like to contribute to the ongoing upkeep and improvements to our Memorial Park, you may do so at the New Whiteland Town Hall, 540 Tracy Road, Suite A, New Whiteland, IN 46184. Donations are tax-deductible.

Other Memorials and Monuments 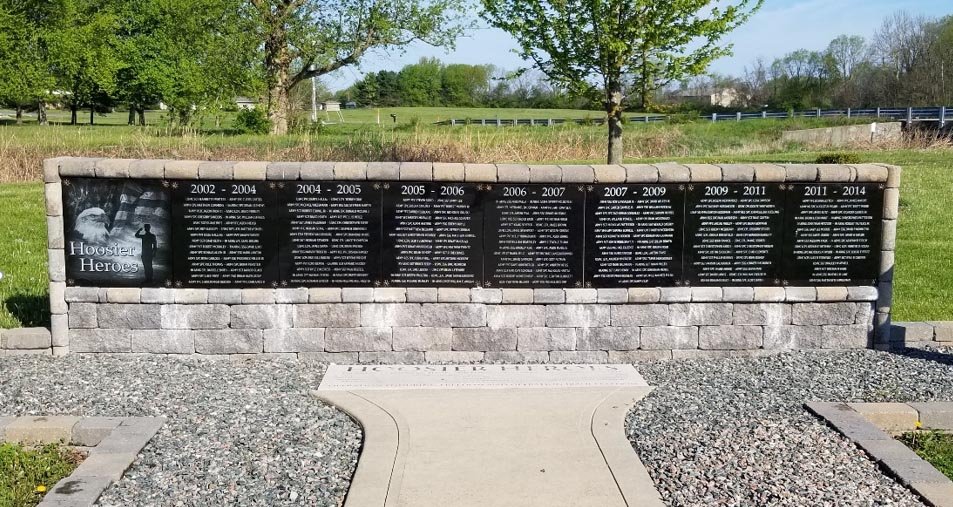 The Hoosier Heroes Wall was dedicated in 2012 and is in the process of being renovated with black granite. The wall carries the name of every Indiana soldier killed while on active duty in the Iraqi war from 2004 until 2014 when the war was declared over. Much of the money raised for this monument was through our Honoring Our Heroes motorcycle ride. 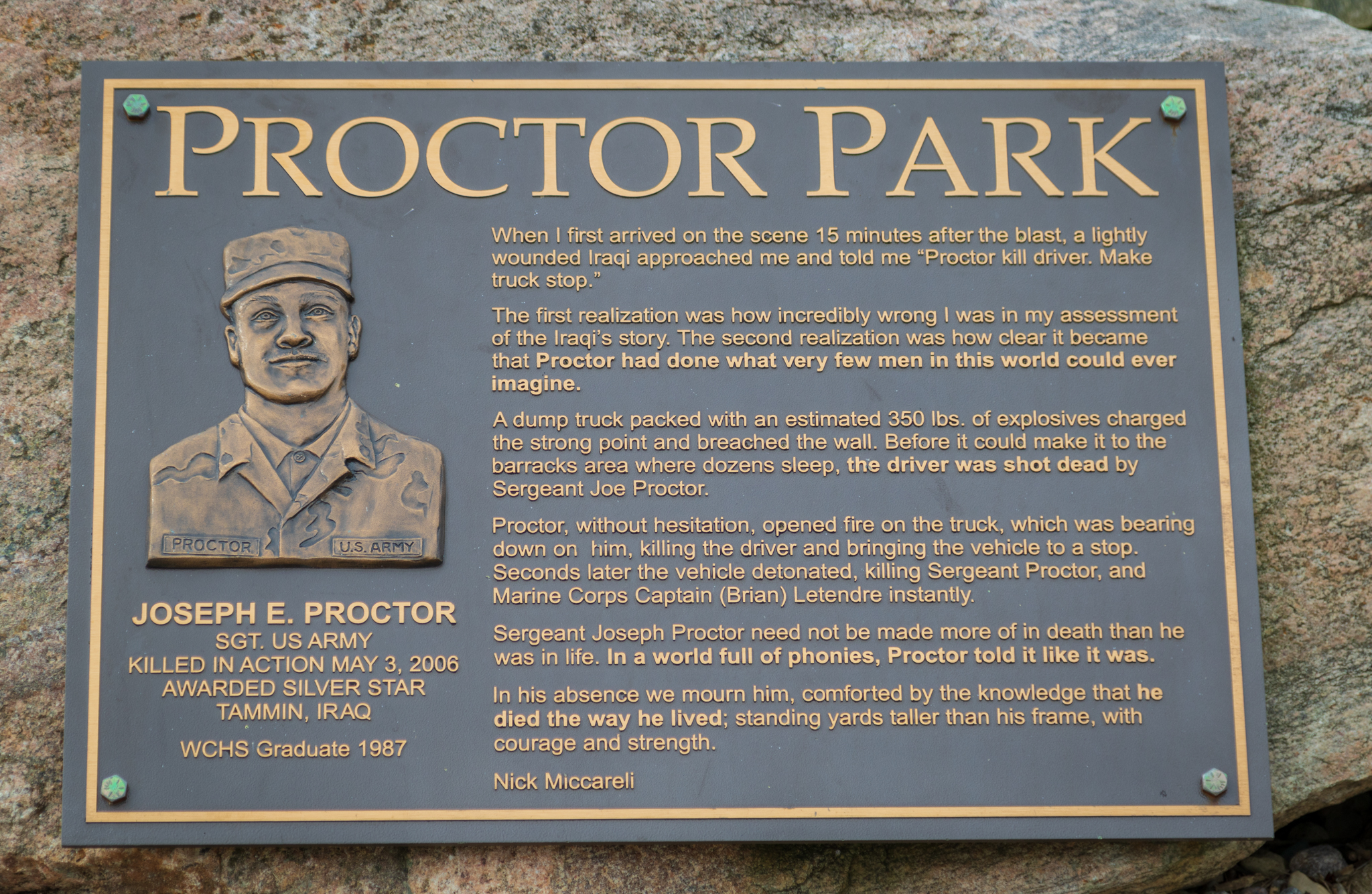 This picture is the plaque that is located on the water feature in the Walk of Freedom and tells the story of Joe Proctor for whom the park is named.  Joe grew up in New Whiteland and graduated from Whiteland Community High School. 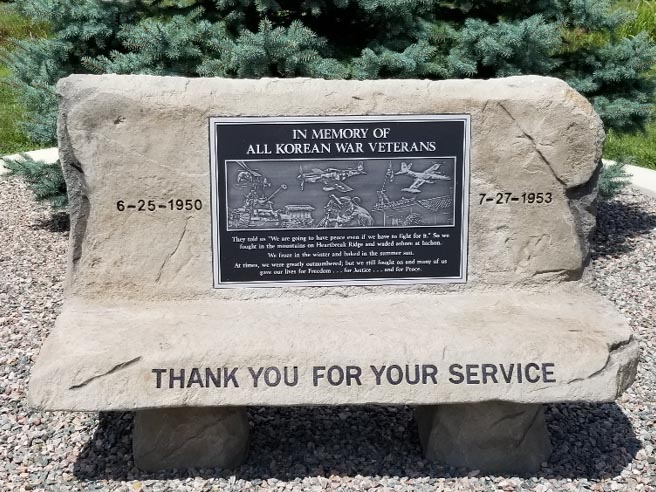 The Korean War Memorial was installed late in 2019 and the dedication ceremony has not been scheduled due to the coronavirus pandemic.  This is a beautiful limestone bench honoring the brave men and women that served during that conflict.

The WWII Memorial was dedicated in 2018 in honor of “The Greatest Generation”.  Veterans attending this dedication service received mailbags of letters and cards written by local elementary students during the ceremony reminiscent of mail call during the war. 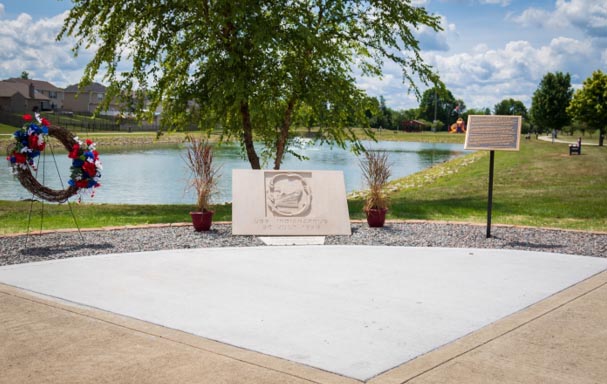 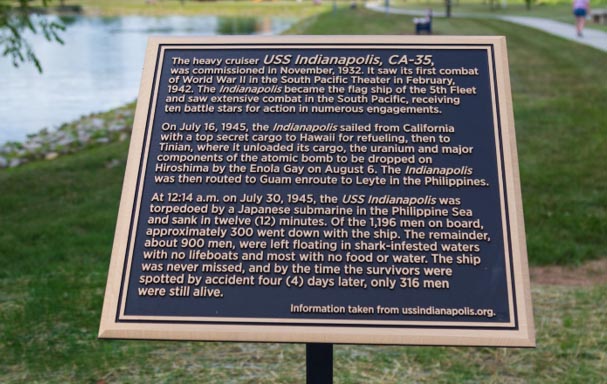 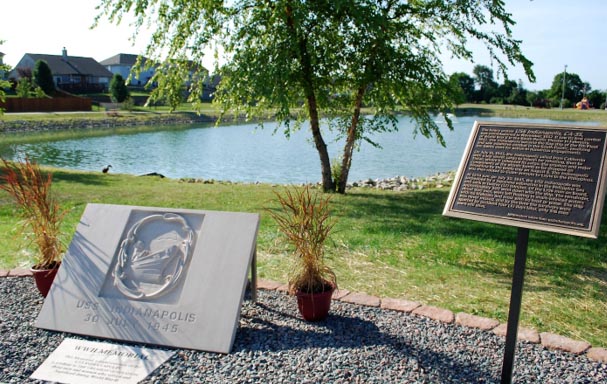