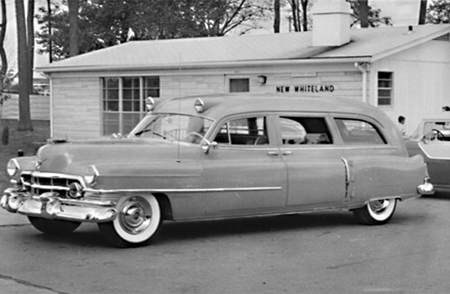 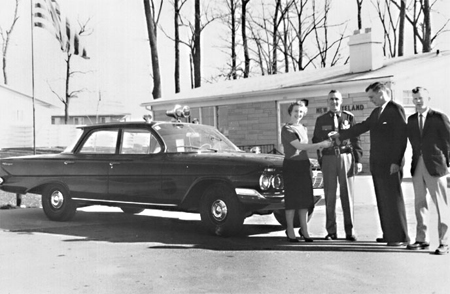 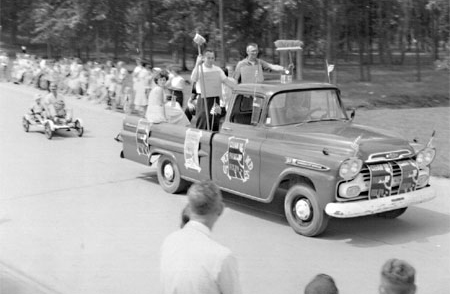 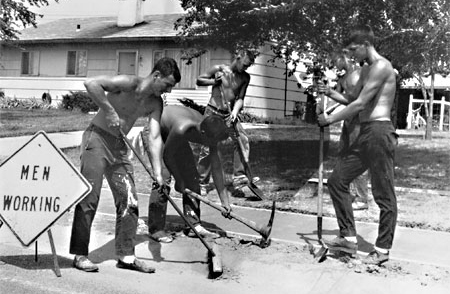 The Town of New Whiteland was incorporated in July 1954. The re-routing of US 31 distinguished New Whiteland as one of two communities located on the new highway between Indianapolis and Seymour. New Whiteland had promises of being an area with business advantages. It was faith in these possibilities that led Marley Williams and other Whiteland businessmen to build and expand for the future. Thus, the new community growth became known as New Whiteland. The first meeting of the board of trustees of the Town of New Whiteland, Indiana, was held at 101 Westbrook Drive on August 4, 1954.

At that time the members were:

The Town of New Whiteland greatly appreciates the generosity of the “Dunsmore Girls” in donating this historical document to the town. The scrapbook is being stored at the Town Hall if anyone is interested in looking at it. 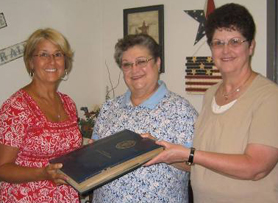 Sharon Dunsmore Gartell, Linda Dunsmore Augenstein, and present Clerk-Treasurer Maribeth Alspach with the Optimist Club of New Whiteland scrapbook from 1962 – 1963. The scrapbook is full of interesting memorabilia and newspaper articles highlighting the club.