The following product is subject to recall:

The frozen chicken entrées were produced on Oct. 18, 2007, and were sent to distributors and retail establishments in Illinois, Indiana, Michigan and Ohio.

The problem was discovered through FSIS microbiological sampling. FSIS has received no reports of illnesses associated with consumption of this product.

Consumption of food contaminated with Listeria monocytogenes can cause listeriosis, an uncommon but potentially fatal disease. Healthy people rarely contract listeriosis. However, listeriosis can cause high fever, severe headache, neck stiffness and nausea. Listeriosis can also cause miscarriages and stillbirths, as well as serious and sometimes fatal infections in those with weakened immune systems, such as infants, the elderly and persons with HIV infection or undergoing chemotherapy. 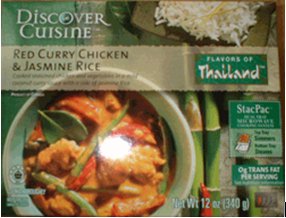