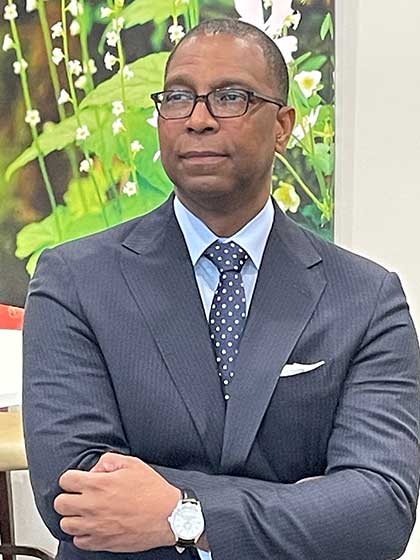 Commissioner Payne leads a team of more than 1,000, whose primary focus is connecting Hoosiers, employers and the community with work, training and opportunities. He is considered one of the foremost experts on workforce and labor, and excels at translating local and national data, and its implications. Commissioner Payne is an advocate for a thriving workforce because of its contributions to a strong state economy and vibrant communities, to the benefit of all Hoosiers. Commissioner Payne also serves on the Governor’s Workforce Cabinet and chairs the Governor’s Health Workforce Council.

Commissioner Payne joined DWD from the private sector, specifically Honda Manufacturing of Indiana. He spent more than a decade at Honda and served in a variety of leadership roles including chief administrator, general counsel and compliance officer, among others – and is credited with starting key organizational initiatives including the office of inclusion & diversity, corporate governance and risk management.

Commissioner Payne brings experience in private law practice, where he represented employers in employment and labor law matters before federal and state courts and government/administrative agencies throughout the U.S.

Commissioner Payne is a servant leader at heart. He grew up the son of a Southern preacher and embraced early opportunities to join his family in community outreach and giving back.

Commissioner Payne is a graduate of the Indiana University Maurer School of Law and Grambling State University. He serves on the board of directors for the IndyEleven Foundation, Indianapolis Urban League, and Honda Federal Credit Union, and considers one of his most rewarding, and enlightening, roles that of husband to his wife, Kelly, and father of four beautiful children.

Commissioner Payne is still partial to his home state of Louisiana but now considers himself a proud Hoosier. 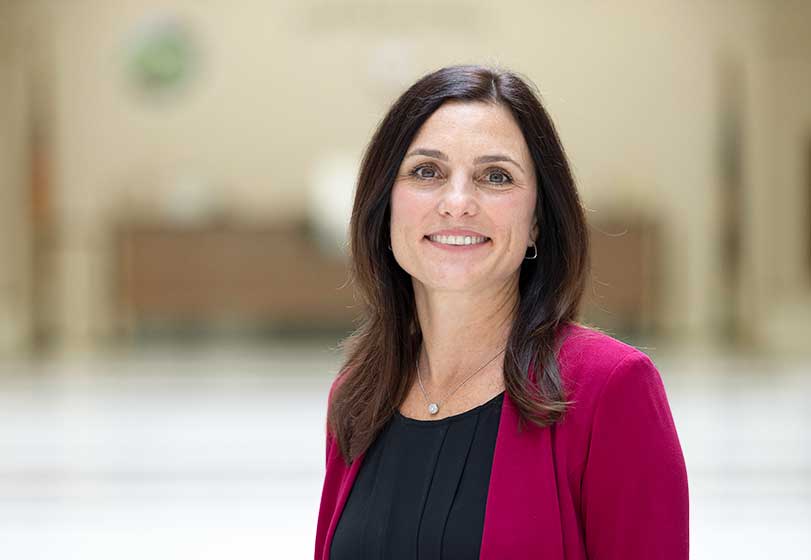 Prior to DWD, Ms. Ashley worked for the Indiana Department of Child Services for eight years, first as Deputy General Counsel and then as Deputy Director of Placement Support and Compliance, where she was responsible for ensuring the safety of over 10,000 children placed in out-of-home care. Prior to joining state government, Ms. Ashley served as a Commissioner for the Marion County Superior Court, Juvenile Division and worked as a civil litigation associate for law firms in Indianapolis, Chicago and St. Louis. 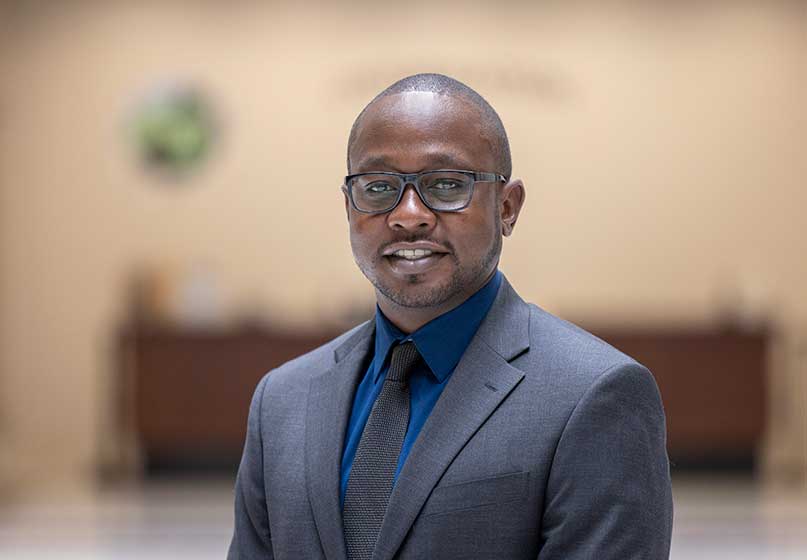 Noah Shelton serves as DWD’s Chief Unemployment Officer. He arrived at the agency in April 2022 from the Bureau of Motor Vehicles, where he spent 17 years in several different roles, most recently as Deputy Commissioner of Policy & Programs.

Noah was a key contributor to the BMVs transformational change from cutting long customer wait times in license branches to an average of below 15 minutes.

During his time at the BMV he gained valuable experience in the areas of program management, data analysis and organizational development, and became an operations specialist in multiple disciplines.

Noah was born in Chicago and raised in South Bend. He earned his undergraduate degree from Indiana University and also completed the American Association of Motor Vehicle Administrators Leadership Academy and the Indiana Department of Correction Experienced and Emerging Leaders Program.

He and his wife have been married for 10 years and have three daughters. Outside of work, Noah enjoys spending time with his family, in addition to swimming, biking and running. 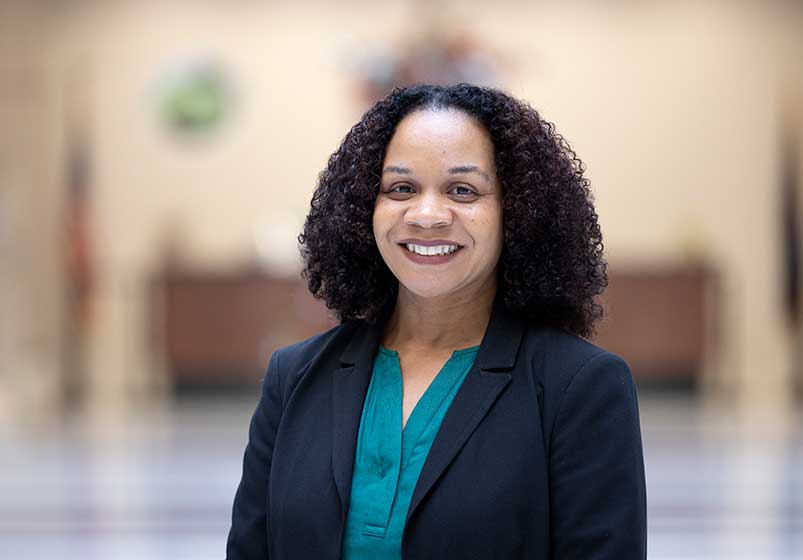 Deanna Oware is a results-driven, consensus building public servant with over 20 years of financial experience in state government.  Deanna currently works as the Chief of Administration and Chief Financial Officer for the Indiana Department of Workforce Development where she oversees the Finance, Facilities, Communications, and Human Resources areas for the department.

Deanna manages over $200 million in federal and state funding for the Department.  In her years of experience with the State of Indiana,  she has played key leadership roles in the financial management of Federal grant awards, the General Fund revenue forecast, analyzing fiscal policies and legislation, and implementing structural changes to programs designed to create efficiencies.

She has a BS in Bioenvironmental Science from Texas A&M University and an MPA from Indiana University’s O’Neil School of Public and Environmental Affairs in Bloomington. 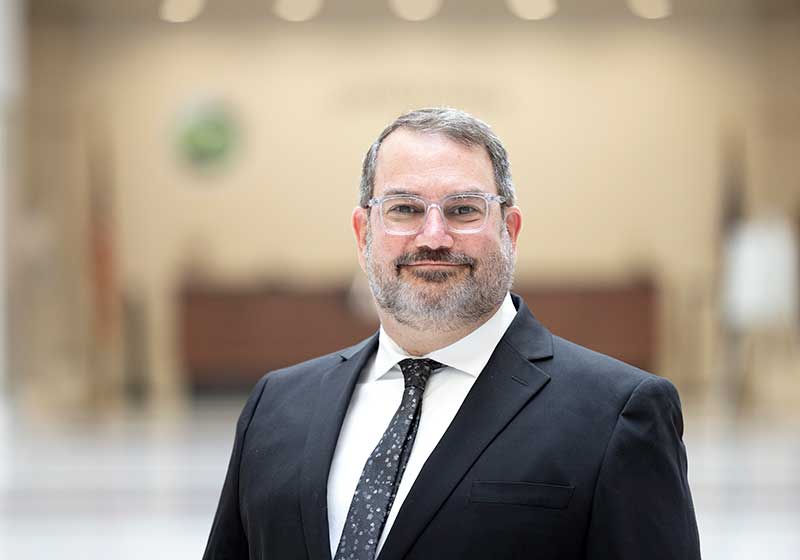 Michael Barnes is Chief Workforce Officer at the Indiana Department of Workforce Development. He’s earned both a Bachelor’s degree in Economics and a Masters of Business Administration.

In addition, Michael has been a certified Project Manager and is a six sigma black belt. Prior to joining the state in 2009, he worked in private industry for more than 20 years, including in operations management for a Fortune 50 transportation company. He then helped lead an Indiana-based business, which in three years grew from $14 million in annual sales to $180 million and employing more than 4,500 employees in the manufacturing services industry.

His work has been recognized in the BKD Indiana Quality Improvement award. Michael served as Chairman for the Governor’s Health Workforce Council from 2015 to 2018. He also sits on the board of a local charitable organization. 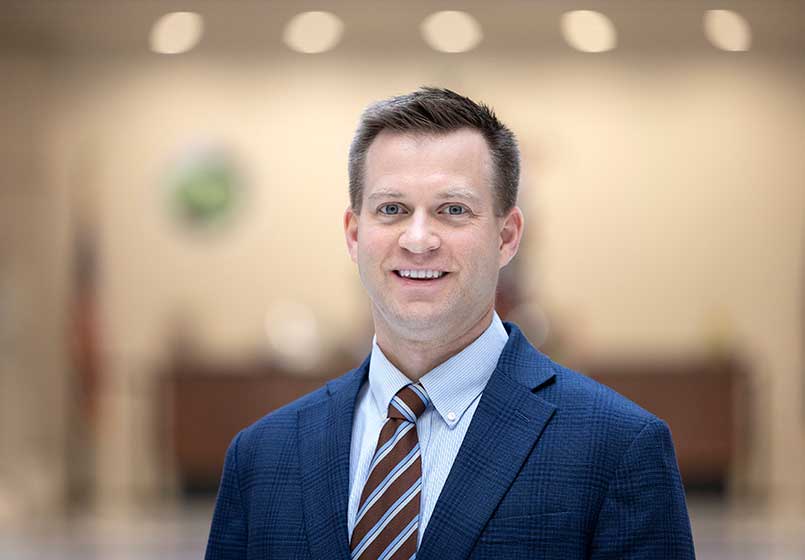 Josh Richardson serves as the Executive Director of Applied Data Services & Legislative Affairs with the Department of Workforce Development. He returned to DWD in March of 2018, having previously served the agency in various capacities in the administrations of Governors Mitch Daniels and Mike Pence. Mr. Richardson has also served as Chief of Staff & Chief Administration Officer prior to moving into his current role.

Most recently, Mr. Richardson worked for the National Association of State Workforce Agencies Integrity Center where advised state agencies on various methods to reduce fraud and improper payments in their unemployment insurance systems. Previously, he served as the Director of Indiana's Unemployment Insurance System, and in Governor Mitch Daniels administration as a Policy Director.

Mr. Richardson was raised in Blackford County, Indiana and graduated from Ball State University, and the McKinney School of Law. He is licensed to practice law in the State of Indiana. 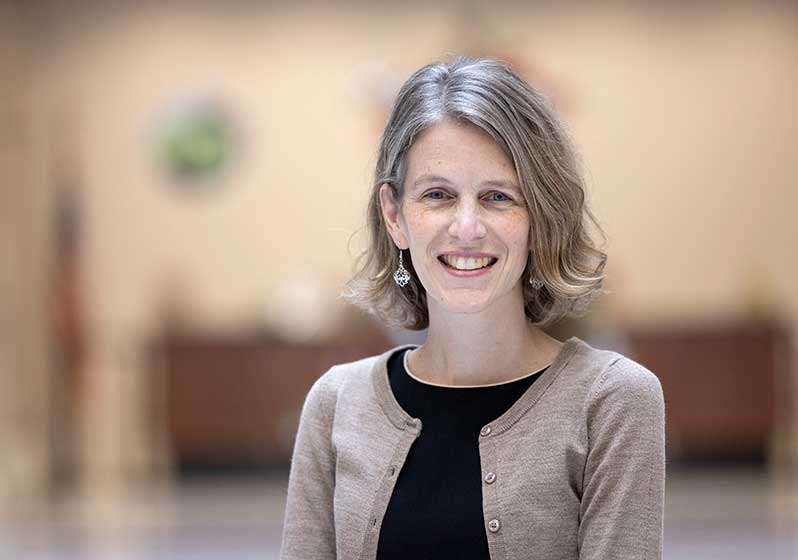 Prior to joining DWD, Ms. Green spent twelve years in private practice at Riley Bennett Egloff LLP focusing on transactional work and commercial litigation. Ms. Green was a candidate for vacancies on the Indiana Supreme Court in 2016 and again in 2017, when she was named as a semi–finalist.