According to the Centers for Disease Control, mass-reach health communications campaigns that use multiple-media formats; include hard-hitting or graphic images; are intended to change knowledge, beliefs, attitudes, and behaviors affecting tobacco use; and provide tobacco users with information on resources on how to quit. 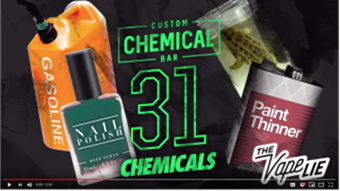 As part of Indiana’s Vape-Free Indiana effort announced by Governor Eric J. Holcomb and State Health Commissioner, Kris Box, M.D., FACOG, the Indiana State Department of Health has partnered with Rescue Agency to launch Behind the Haze, a statewide evidence-based vaping prevention campaign to reduce vaping among Indiana youth. Provided below is an overview of the Behind the Haze campaign and the first Message Package, “See Through”, which launched November 18.

Behind the Haze is a campaign that delivers compelling and evidence-based health education that motivates young people (13-21) to rethink their vaping behaviors and/or intentions. Rather than use ambiguous scare tactics, Behind the Haze delivers specific facts thatteen’s knowledge, attitudes, and/or beliefs that are associated with vaping behaviors to curb vape use long-term.

Read the ISDH news release about the campaign here.