The United States has used nuclear power for more than 60 years to produce reliable, low-carbon energy.

Nuclear power, the use of sustained nuclear fission to generate heat and electricity, contributes nearly 20 percent of the electricity generated in America and just over 10% in Indiana. The United States has used nuclear power for more than 60 years to produce reliable, low-carbon energy. One of Indiana’s largest electric utilities, Indiana Michigan Power (I&M) owns and operates the D.C. Cook generating station located in Bridgman Michigan, just over the Indiana border on Lake Michigan. The plant can generate up to 2.2 GW of electricity, serving over 1.5 million homes in their Michigan and Indiana service area.

HOW DOES NUCLEAR POWER WORK? 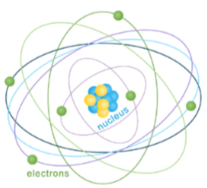 In the U.S., the Nuclear Regulatory Commission (NRC) licenses and regulates the Nation's civilian use of radioactive materials to protect public health and safety, promote the common defense and security, and protect the environment.

Specifically, the NRC regulates commercial nuclear power plants; research, test and training reactors; nuclear fuel cycle facilities; and the use of radioactive materials in medical, academic and industrial settings. While the NRC only regulates industries within the United States, the agency works with similar organizations around the world to enhance global nuclear safety and security.

Nuclear energy provides constant and consistent electricity, helping to ensure the electricity needs of Indiana are met. This longevity of nuclear energy makes it less subject to price volatility, and helps to moderate electricity generation costs and ultimately the rates to Hoosiers. Further, it is a clean source of energy generation, keeping air clean for Hoosiers.

For more information, check out www.nrc.gov.