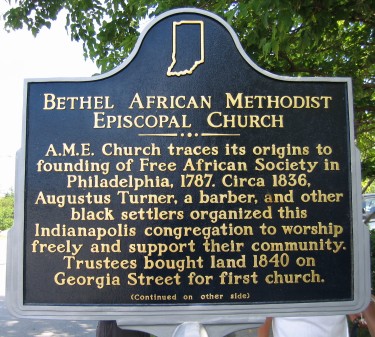 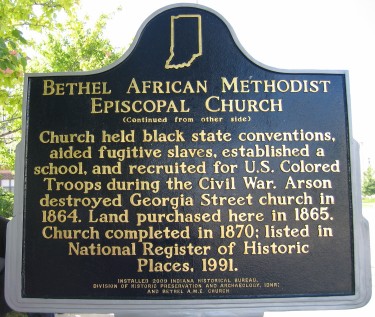 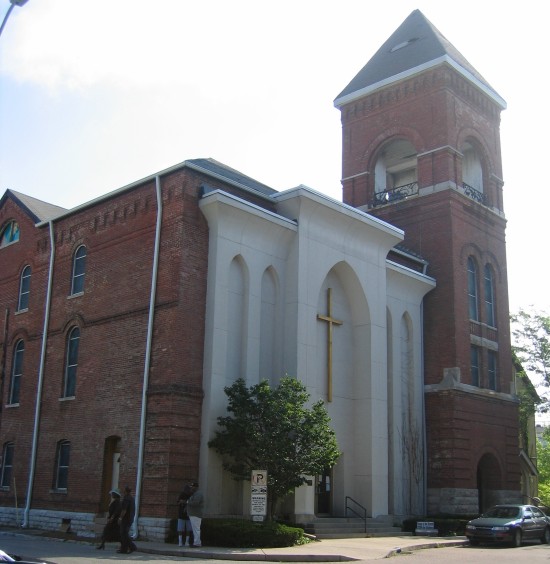 The state historical marker for Bethel African Methodist Episcopal Church was dedicated on June 20, 2009 in downtown Indianapolis. Workers completed construction on this building (shown above) in 1870. In 1991, this building was listed in the National Register of Historic Places. 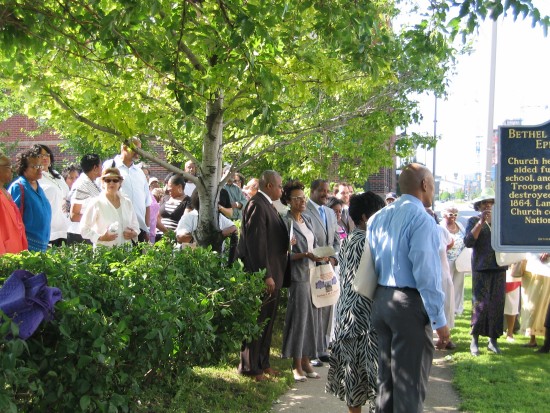 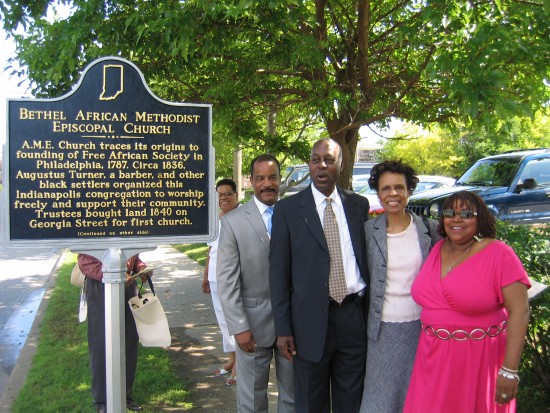 (From left to right) Isaac Randolph, Pastor John Lambert, Mrs. Lambert, and State Representative Vanessa Summers posed with the marker after the dedication ceremony. Pastor Lambert played a key role in securing this state historical marker for his church. 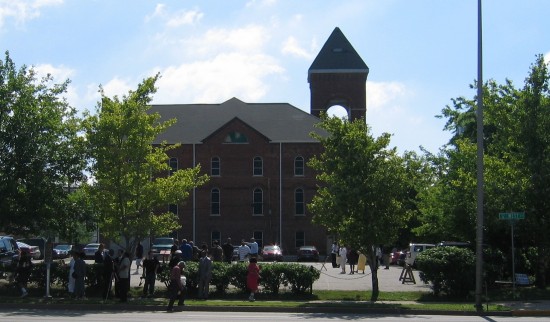 The marker is located at 414 West Vermont Street, Indianapolis.