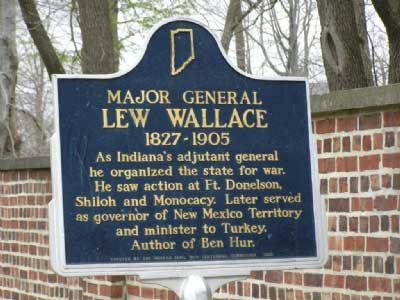 Visit the Indiana History Blog to learn about the 1902 stage play of Ben-Hur at Indianapolis's English Theater; how freethinker Robert Ingersoll influenced his writing of the Christian epic; and the influential writing of his wife, Susan Wallace.

As Indiana's adjutant general he organized the state for war. He saw action at Ft. Donelson, Shiloh and Monocacy. Later served as governor of New Mexico Territory and minister to Turkey. Author of Ben Hur.