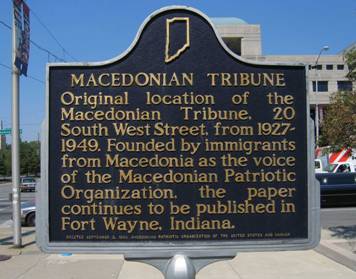 Original location of the Macedonian Tribune, 20 South West Street, from 1927-1949. Founded by immigrants from Macedonia as the voice of the Macedonian Patriotic Organization, the paper continues to be published in Fort Wayne, Indiana.