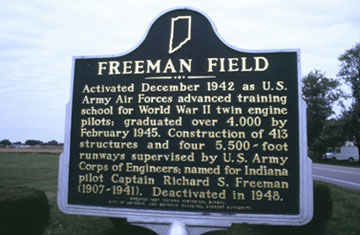 Visit the Indiana History Blog to learn about how officers of the African American 477th Bombardment Group at Freeman Field challenged the unlawful exclusion of blacks from officers’ club. This uprising contributed to the 1948 desegregation of the armed forces.