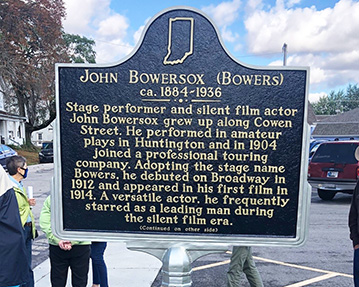 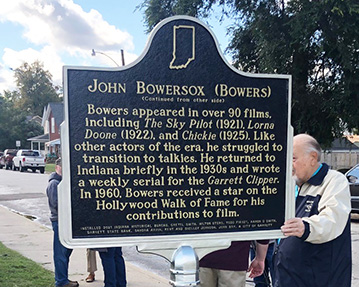 Stage performer and silent film actor John Bowersox grew up along Cowen Street. He performed in amateur plays in Huntington and in 1904 joined a professional touring company. Adopting the stage name Bowers, he debuted on Broadway in 1912 and appeared in his first film in 1914. A versatile actor, he frequently starred as a leading man during the silent film era.

Bowers appeared in over 90 films, including The Sky Pilot (1921), Lorna Doone (1922), and Chickie (1925). Like other actors of the era, he struggled to transition to talkies. He returned to Indiana briefly in the 1930s and wrote a weekly serial for the Garrett Clipper. In 1960, Bowers received a star on the Hollywood Walk of Fame for his contributions to film.