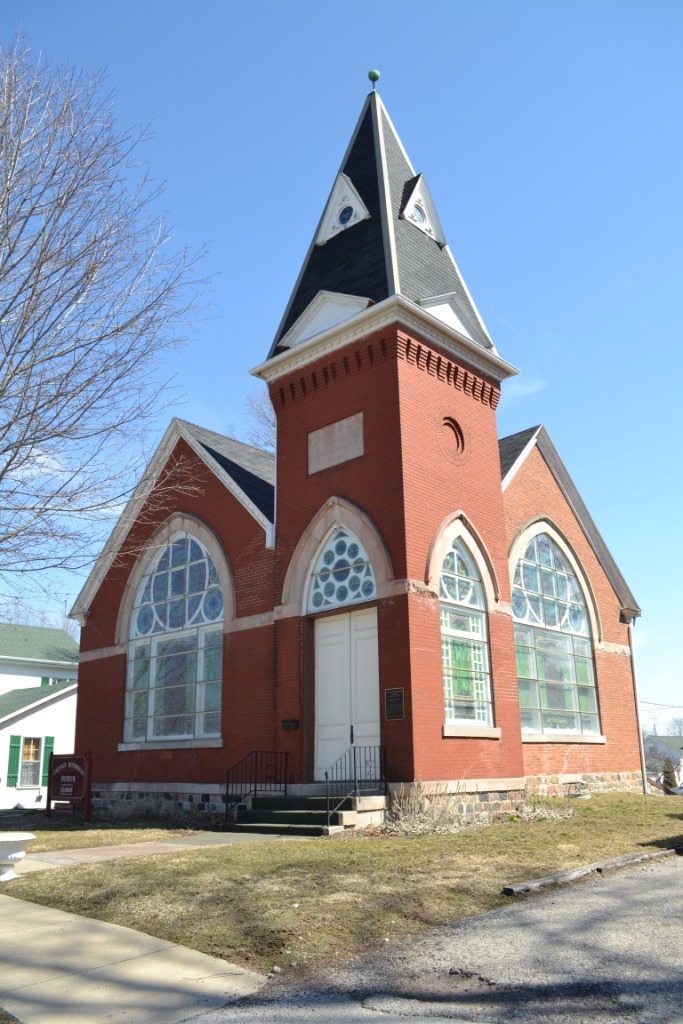 Historically, Indiana has not always been a welcoming place for immigrants, so it’s especially invigorating to come across a story of inclusion. Residents of the small town of Ligonier in Noble County, Indiana, were greatly accepting of the Jewish German immigrants who arrived there starting in the 1850s. Additionally, Ligonier residents of today are continuing to work to preserve this rich Jewish history. In fact, on Sunday, August 31, the Ligonier Historical Society will be celebrating the 125th anniversary of the local synagogue with the unveiling of a new State Historical Marker to the congregation Ahavath Sholom.

The congregation Ahavath Sholom, which loosely translates from Hebrew as “peace loving,” was formed in the 1860s by German Jews who had immigrated to Ligonier seeking economic opportunities and fleeing discrimination in Europe. Like other communities around the Midwest, the Ligonier Jewish community began with a few young men who arrived and began working as peddlers of household goods. After building their businesses and achieving some financial success, they sent for relatives. Several became prosperous owners of stores, banks, and other companies, as well as prominent citizens involved with their town’s civic life. An important reason for the growth and prosperity of Ligonier’s Jewish community was its acceptance by the non-Jewish residents of Ligonier. According to historian Judith E. Endelman, because the first Jewish residents of Indiana towns and cities were merchants who prospered and aided the economic growth of their communities, they became well-respected in their communities.

By the late 1880s, the congregation Ahavath Sholom had outgrown the small synagogue they had worshipped in since the 1860s and needed a temple with more space. They dedicated a new building with a huge celebration lasting the weekend of September 6th through the 8th, 1889. The most well-known speaker at the dedication was the famous rabbi, Isaac Mayer Wise, known as the “father” of American Reform Judaism. Wise spent his career working to make Judaism “a progressive religion that needed to be creatively adapted to modern culture, not a fixed tradition to be maintained,” according to a PBS article. The Ligonier Banner praised Wise’s dedication address and stated that the rabbi’s “advanced views upon the subject of worship showed him to be a liberal of liberals.” Wise praised the freedom of religion offered by the United States in his address: “I am proud that I am an American citizen, and that our broad land is dotted from ocean to ocean with places of worship protected by the strong arm of religious tolerance and soulful devotion.” 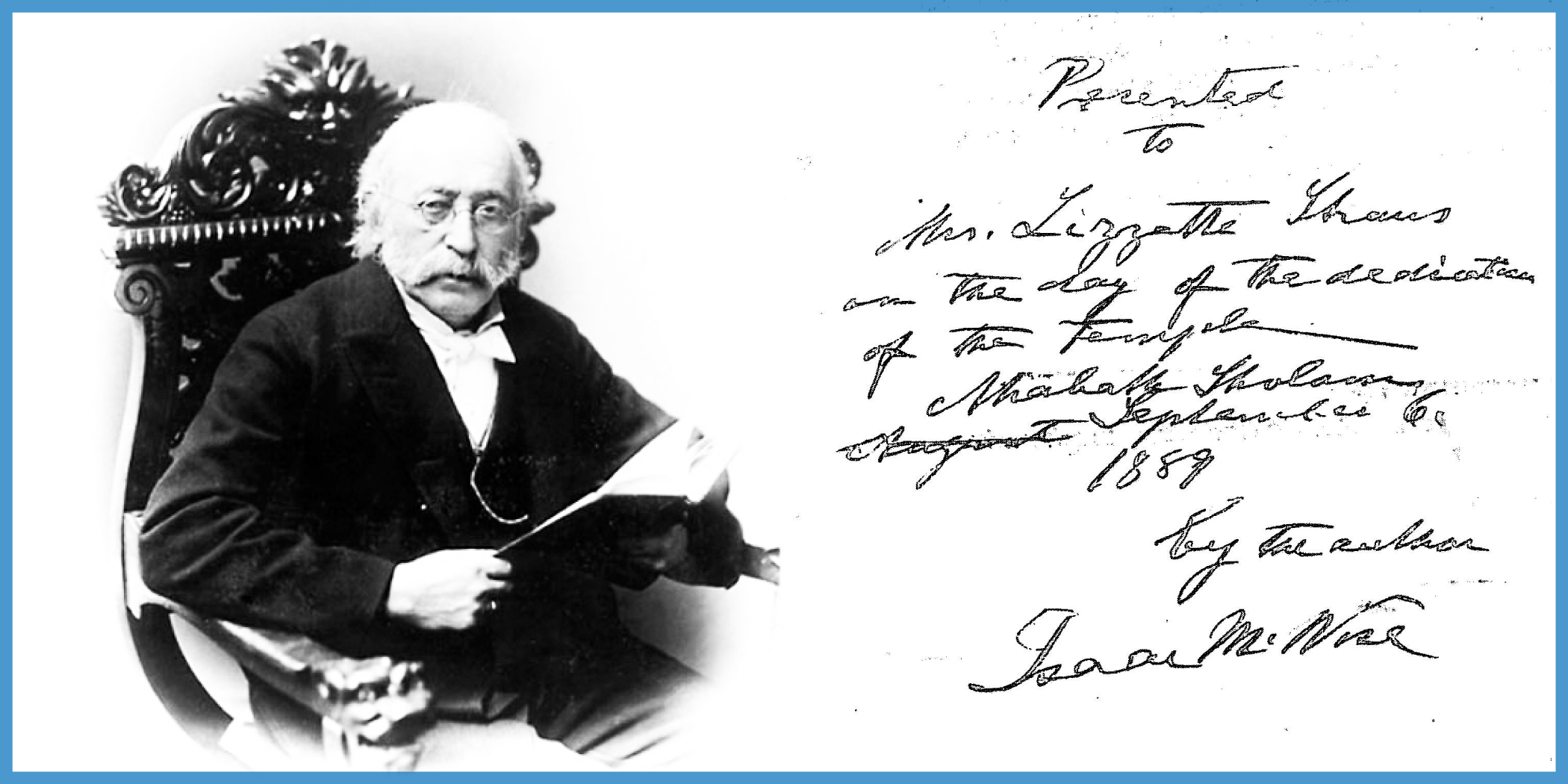 Photograph of Rabbi Issac Meyer Wise and inscription from the inside of a book given to a congregation member during the dedication of the temple in 1889. Indiana Jewish Historical Society via Indiana Historical Society, available at IHB.

The Banner reported that people from all across Indiana attended the dedication, as well as visitors from large cities like Chicago, New York, Cincinnati, Cleveland, Milwaukee, and smaller midwestern cities like Hopkinsville, Kentucky, and Clinton, Iowa. The Banner also reported that a “large number” of Ligonier citizens also attended. Since the congregation numbered only twenty-two members at the time of the dedication, it is likely this “large number” included non-Jewish Ligonier residents.

The following day, Saturday, September 7, 1889, Wise delivered the sermon at the Sabbath services to a large audience. Then a Sunday banquet “given by the ladies of the congregation in honor of the dedication” was attended by over two hundred people and thus also likely included non-Jewish residents. After the banquet, “the guests, with but few exceptions, repaired to City Hall, where the festivities were continued in a grand ball.”

Today the building houses the Ligonier Historical Society and a museum that preserves and presents the Jewish heritage of the town. As Ligonier prepares to celebrate the 125th anniversary of the synagogue on August 31, 2014, they should feel proud that the words of Jacob Baum, president of the Ahavath Sholom congregation, spoken at the 1889 dedication held true:

For more information on the temple, the museum, and the celebration, visit: http://ligoniertemple.blogspot.com/p/history.html

Coming next week: Part Two of “Sholom, Ligonier!” featuring the story of the close relationship between Ahavath Sholom and the local Christian churches at the turn of the century.