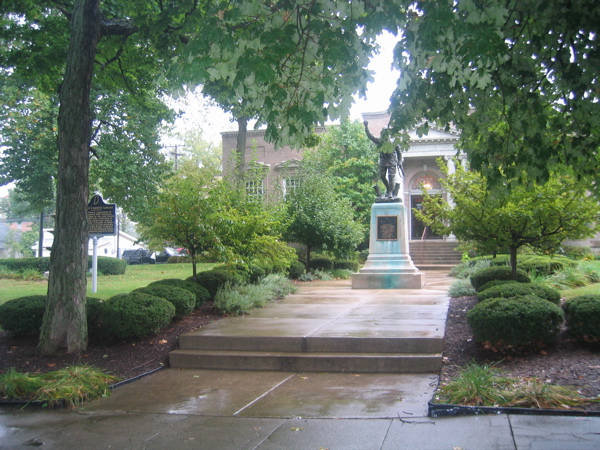 A historical marker for Attica's Carnegie Library was dedicated on September 25, 2005. 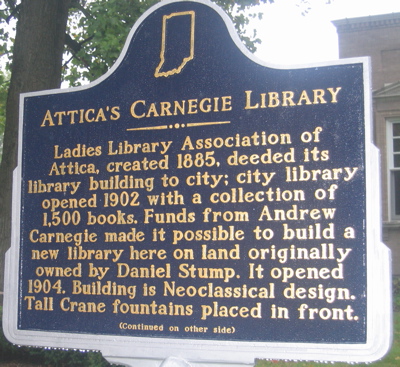 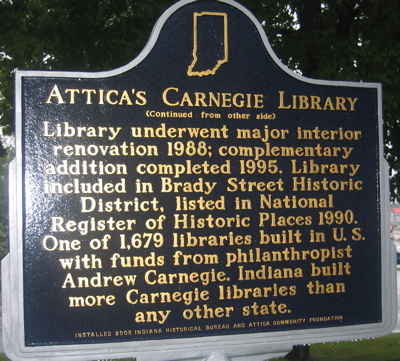 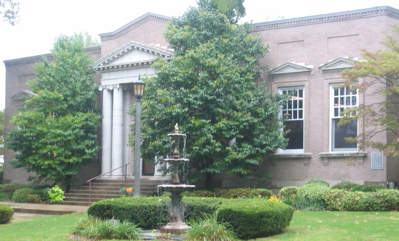 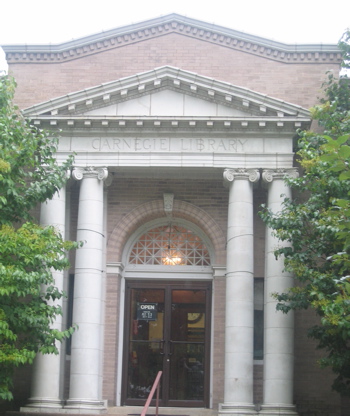 The building now serves as the Attica Public Library.

One of the two tall crane fountains that adorn the front lawn of the library. 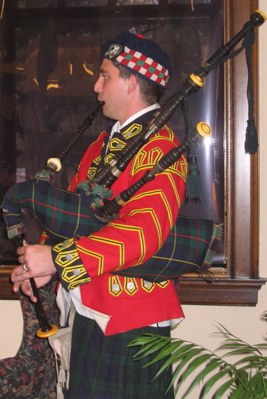 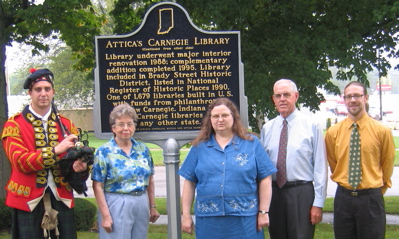 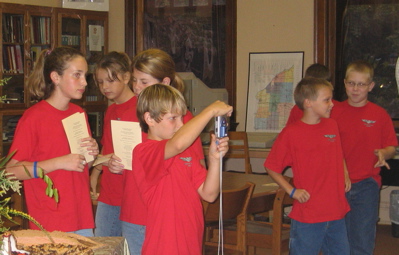 Members of the Student Council served as greeters and ushers for the ceremony.