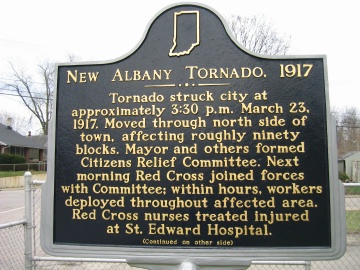 Side one of the marker. 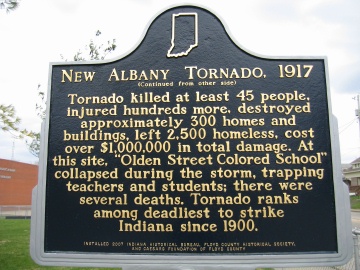 Side two of the marker.

The dedication ceremony was on March 23, 2007, the 90th anniversary of the storm. The marker was placed at New Albany Children’s Academy, 1111 Pearl Street in New Albany. 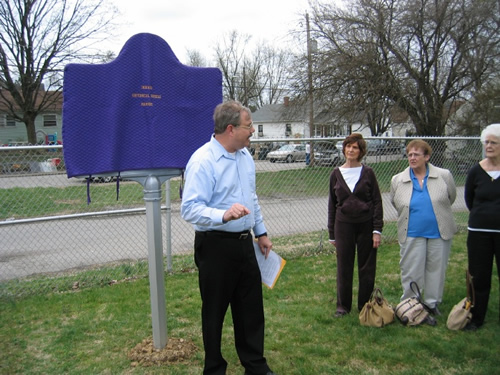 Gary Purlee, author of "The Cyclone of 1917," spoke to those in attendance about the tornado and historical analysis of the event. 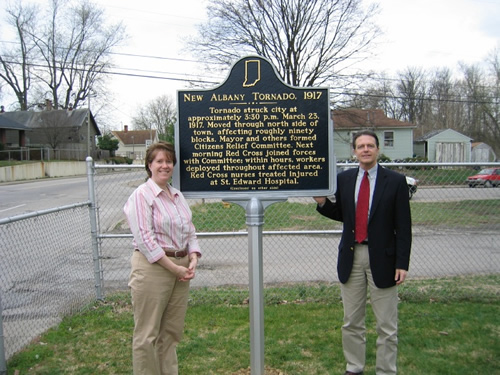