Eric J. Holcomb, 51st Governor of the State of Indiana, is a lifelong Hoosier and veteran of the U.S. Navy. Elected by his fellow Hoosiers to a second term in 2020, he received the most votes for governor in Indiana history.

Earning a reputation as a pragmatic consensus builder, Holcomb frequently travels throughout the state, visiting with Hoosiers about how to make Indiana the best place in the world to live, work, study, play and stay. Under Holcomb’s leadership, Indiana’s economy is strong, the state’s finances are honestly balanced, and the state is streamlining government services and returning dollars to Hoosier taxpayers, while simultaneously delivering significant investments and advancements in infrastructure, education, workforce, quality of life and public health.

During Holcomb’s terms, Indiana employees and employers are enjoying consecutive record-breaking years of job commitments. In 2022, companies have already committed a record-breaking $18 billion in capital investment. Actively seeking to build global relationships and attract investments in Indiana’s economic growth, Holcomb has made 14 international trips as governor, visiting more than 20 nations.

Maintaining Indiana’s “Crossroads of America” infrastructure and strengthening Indiana’s connections between our communities is a top priority for Holcomb. He implemented a long-term, fully-funded 20-year, $60 billion Next Level Roads program. In 2019 and again in 2022, CNBC ranked Indiana number one in the nation for infrastructure.

Holcomb has worked to align Indiana’s K-12, higher education, workforce and economic development efforts to empower Hoosiers with the necessary skills to succeed in the economy of the future. He signed into law historic, increased investments in education, including a record $1.9 billion in new funding for education in the current budget. He unveiled the Next Level Jobs program to prepare and connect more Hoosiers to high-demand, high-wage careers.

Holcomb created the Governor’s Public Health Commission in 2021 to study and make recommendations about how Indiana can improve the delivery of public health services throughout the state. For his efforts in the public health arena and focus on helping Hoosiers with substance use disorder recover, the Richard M. Fairbanks Foundation honored him with the Circle of Hope Award in 2019.

Holcomb serves on the Executive Committee of the Republican Governors Association and previously served as its policy chairman. In 2018, The Hill named him one of ten governors shaping the future of politics. An article in Governing magazine read, “Indiana’s governor doesn’t scream, doesn’t threaten, and doesn’t even complain. He just wins.”

A lifelong basketball fan, Holcomb has made a basket in each of Indiana’s 92 counties. A collector of presidential signatures, he has documents signed by every U.S. president. He is a graduate of Pike High School in Indianapolis and Hanover College in southeastern Indiana. Prior to his election as Governor in 2016, following an unprecedented 106-day campaign, Holcomb served as Indiana’s 51st Lieutenant Governor.

Holcomb and his wife, Janet, live with their Miniature Schnauzer, Henry, and cat, Topper, in the Governor’s Residence in Indianapolis. 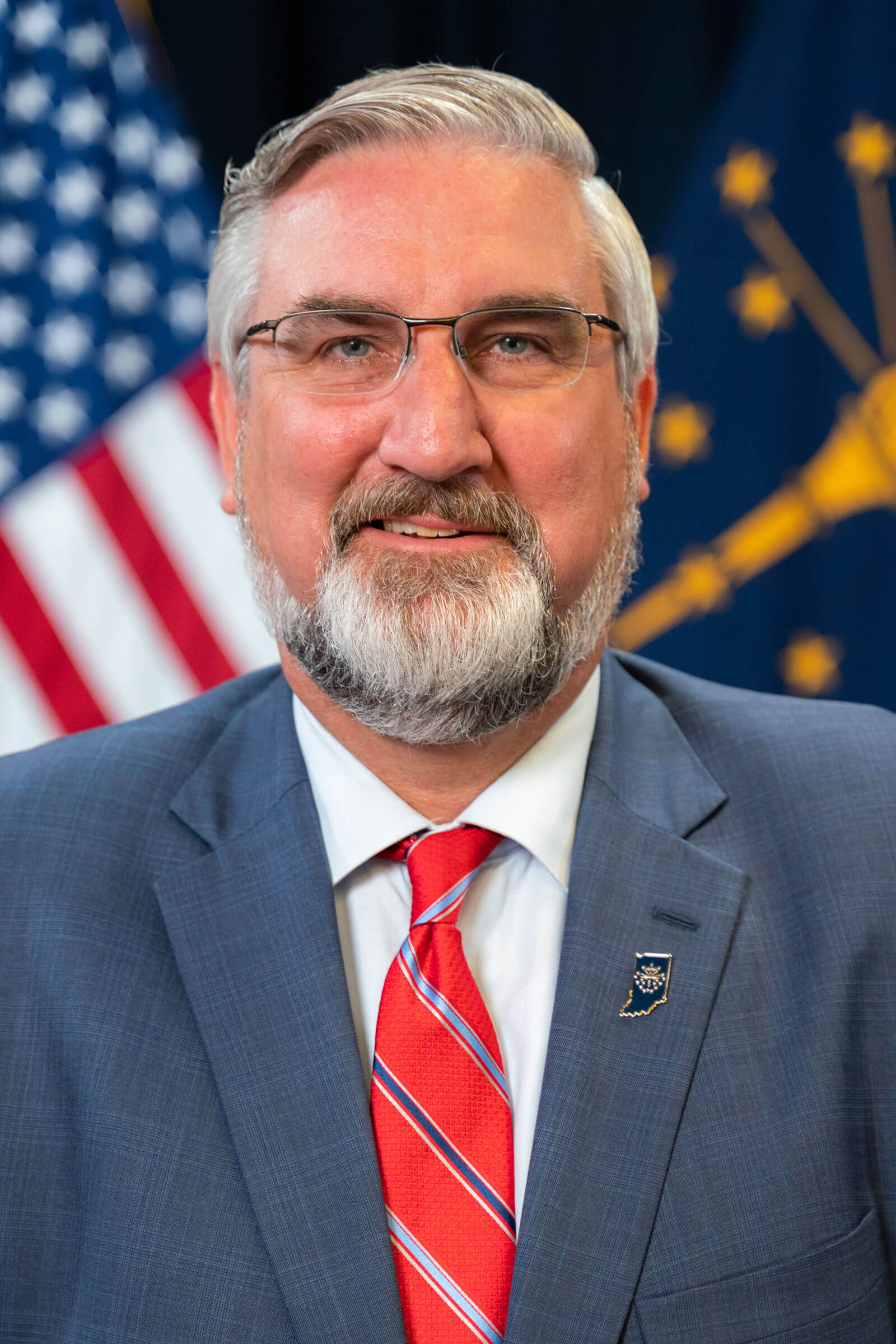