'She Could Be Here': The Emily Broady story

‘It will never be fair’

Sarah Broady has a story to tell. 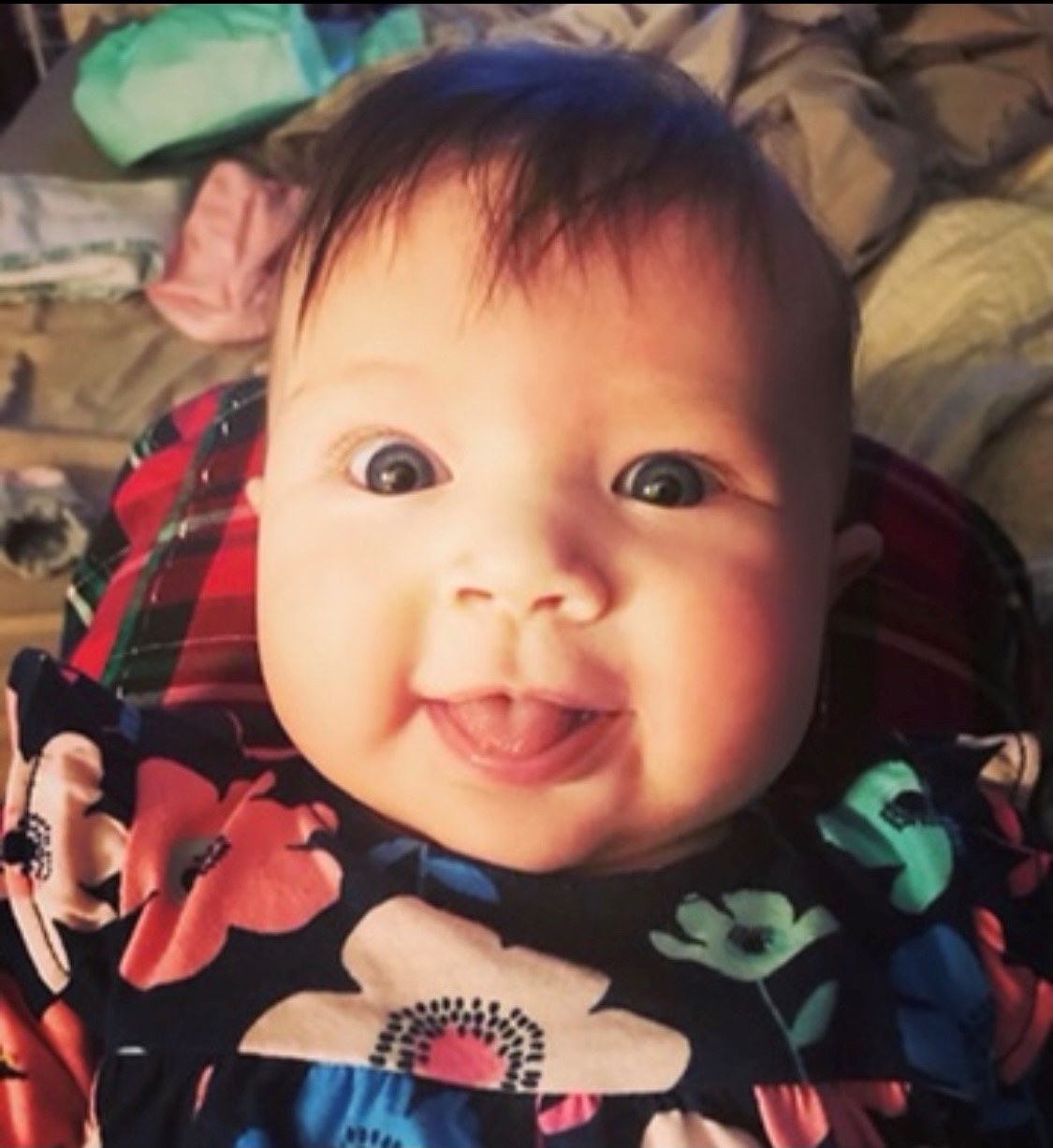 It’s powerful, and it’s important. It’s heartbreaking and devastating. But it’s not her story, really.

This is Emily’s story. Sarah’s just the one still here to tell it.

Sarah and Jeff Broady’s second daughter was born on Nov. 19, 2018, bringing a sense of wholeness to the Broady family just a few years after it looked like they might not be able to have any children.

On May 30, 2019, a babysitter placed Emily Broady in an unsafe sleep situation – alone on an adult-sized bed. She was put down for a nap that she never woke up from. At just 6 months old, Emily was gone.

“It was her life that was taken, not mine,” Sarah said. “Despite all the struggles her death has brought and will bring into my life, I’m still here to live my life and she isn’t. That will never make any sense to me and it will never be fair.”

Doctors told Sarah she probably wouldn’t be able to have kids. As a former teacher, she never really felt the need to have them, either, because she already had so many kids in her life. But once she and Jeff got married in 2015, they knew they wanted to have a family. 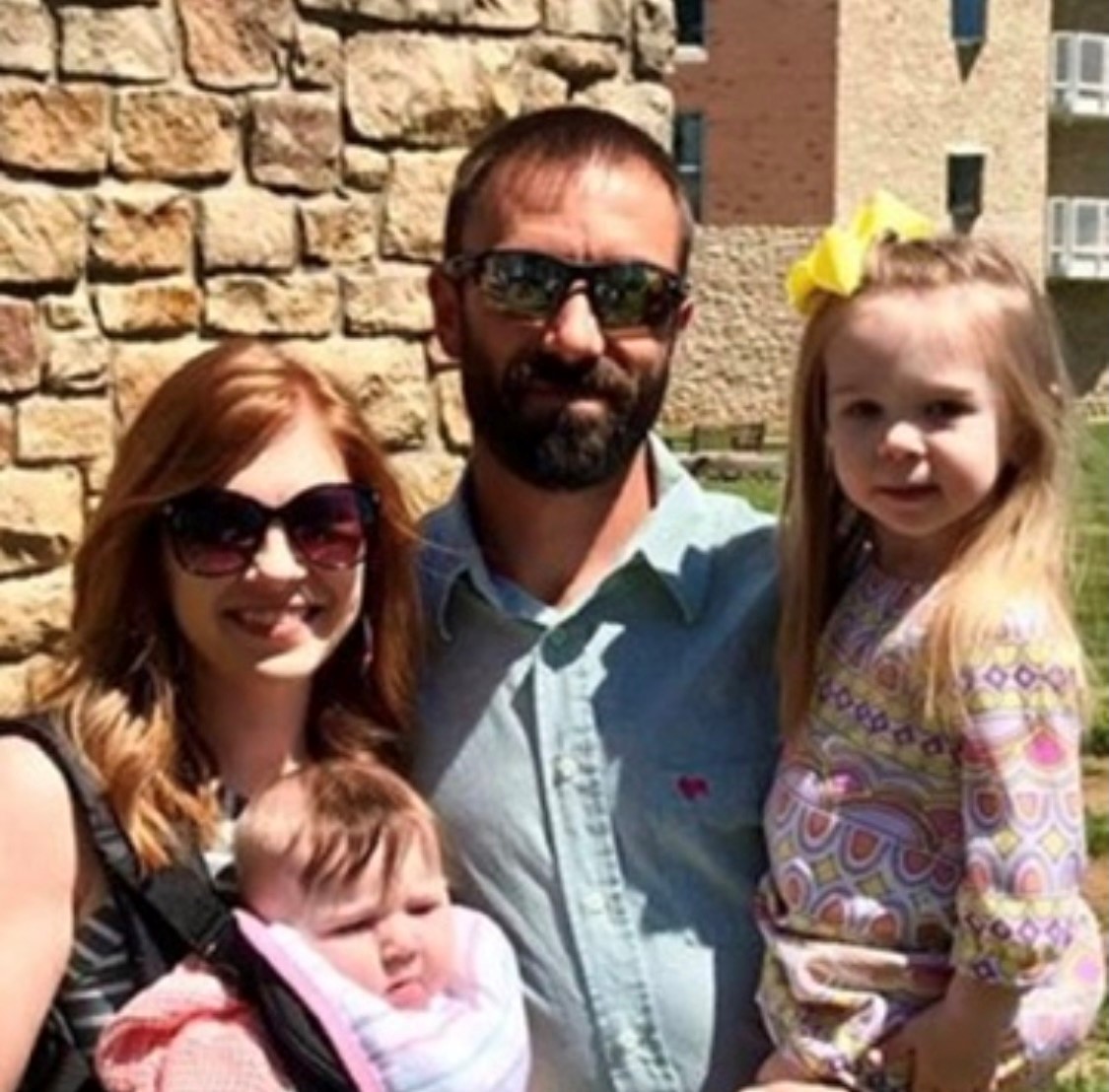 They tried, and they couldn’t. They finally saw a specialist and got pregnant.

Addison Broady was born in November 2016. About a year and a half later, the Broady family were surprised to find out Sarah was pregnant again. They assumed they’d have to go through a specialist to give Addison a sibling and were thrilled to be wrong.

Emily was born 10 days after her sister’s second birthday.

“(Addison) just thought she was the best thing that she’d ever laid her eyes on,” Sarah said. “It always stayed that way, and there wasn’t really a big adjustment. It was like Emily had always been there.

“At that point, we felt like our family was complete.”

Addison helped get bottles ready for Emily. She helped Sarah push her stroller. Addison adored her little sister from the start.

Emily stayed home with Sarah for 12 weeks, and eventually, the Broadys found a babysitter to take both girls. Everything was fine for a few months. Sarah went back to work. Things with the babysitter were going well.

It’s hard for Sarah to not feel guilty about what happened next, even though it wasn’t her fault.

She doesn’t remember exactly what they needed – bread, maybe? – but Sarah had to run to the store after work before heading to the babysitter’s house to pick up the kids.

She pulled up around 4:30 p.m. That was about 45 minutes later than normal. She can’t help but fixate on the fact, even today.

Addison was outside playing with one of the babysitter’s kids. The babysitter saw Sarah and told her she’d go inside and get Emily, who was taking a nap. 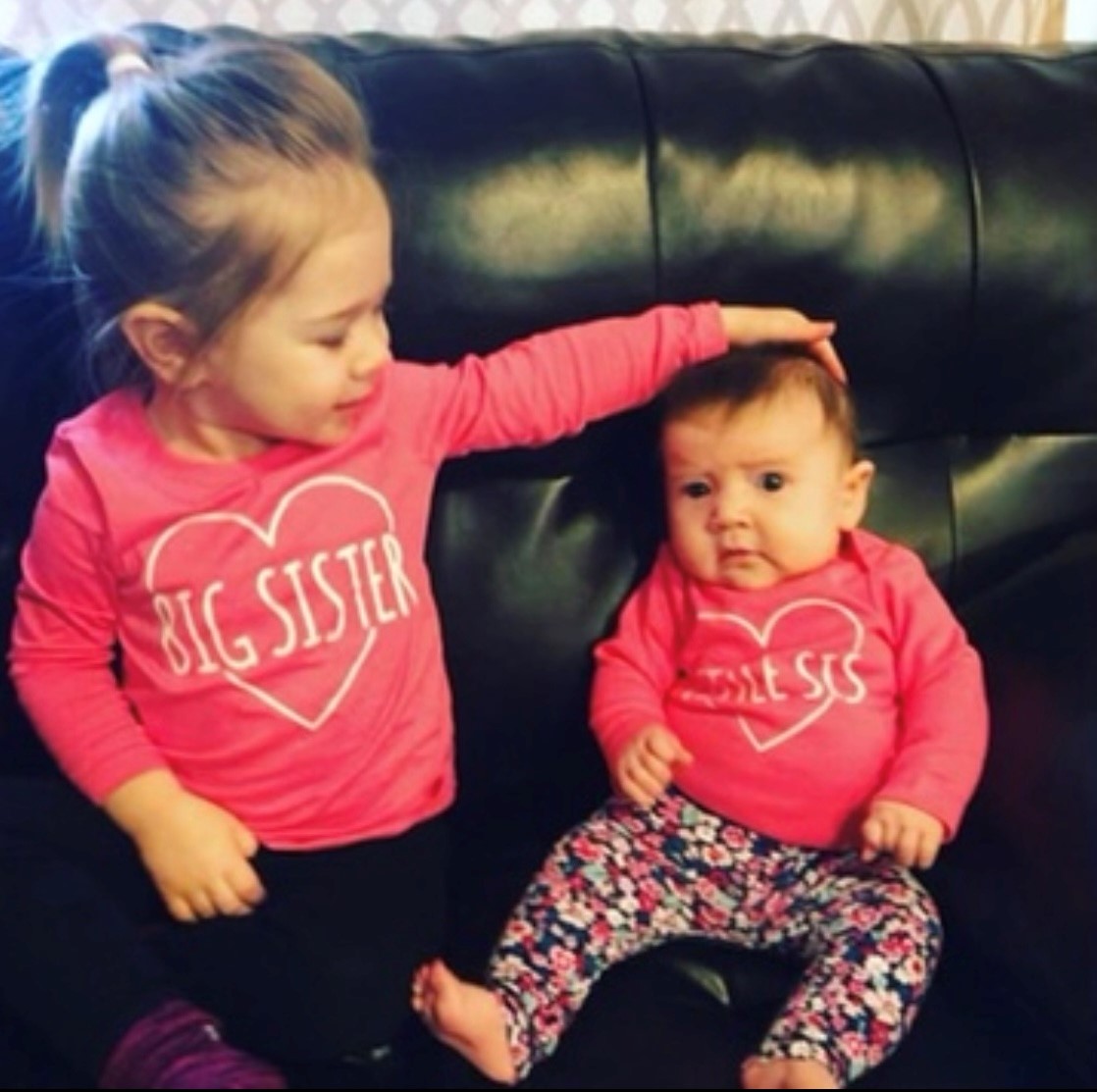 It was only a moment before Sarah heard the first scream, the babysitter yelling for her, saying she needed her right away.

She knew right when the babysitter handed Emily to her that something was wrong. Emily’s skin was an ashy color, and she wasn’t breathing.

Another parent heard the commotion. Someone called 911. Sarah, who had been trained in CPR but never had to do it before, started CPR on her own daughter.

A police officer drove the Broadys to the hospital. That’s the first time Sarah remembers seeing her husband cry.

They knew, even if they didn’t know.

When they got to the hospital, the Broadys were taken to a private room. They were joined by Sarah’s parents.

After an agonizing wait, the doctor and nurse who had talked to them upon their arrival came out. The doctor just shook his head sadly. He said something, but to this day, Sarah has no idea what it was. She just remembers telling him no.

The Broadys said goodbye to their youngest daughter just six months after meeting her.

‘You want to blame yourself’

The questioning came quickly. So did the guilt.

Sarah couldn’t help but wonder if she did something wrong. 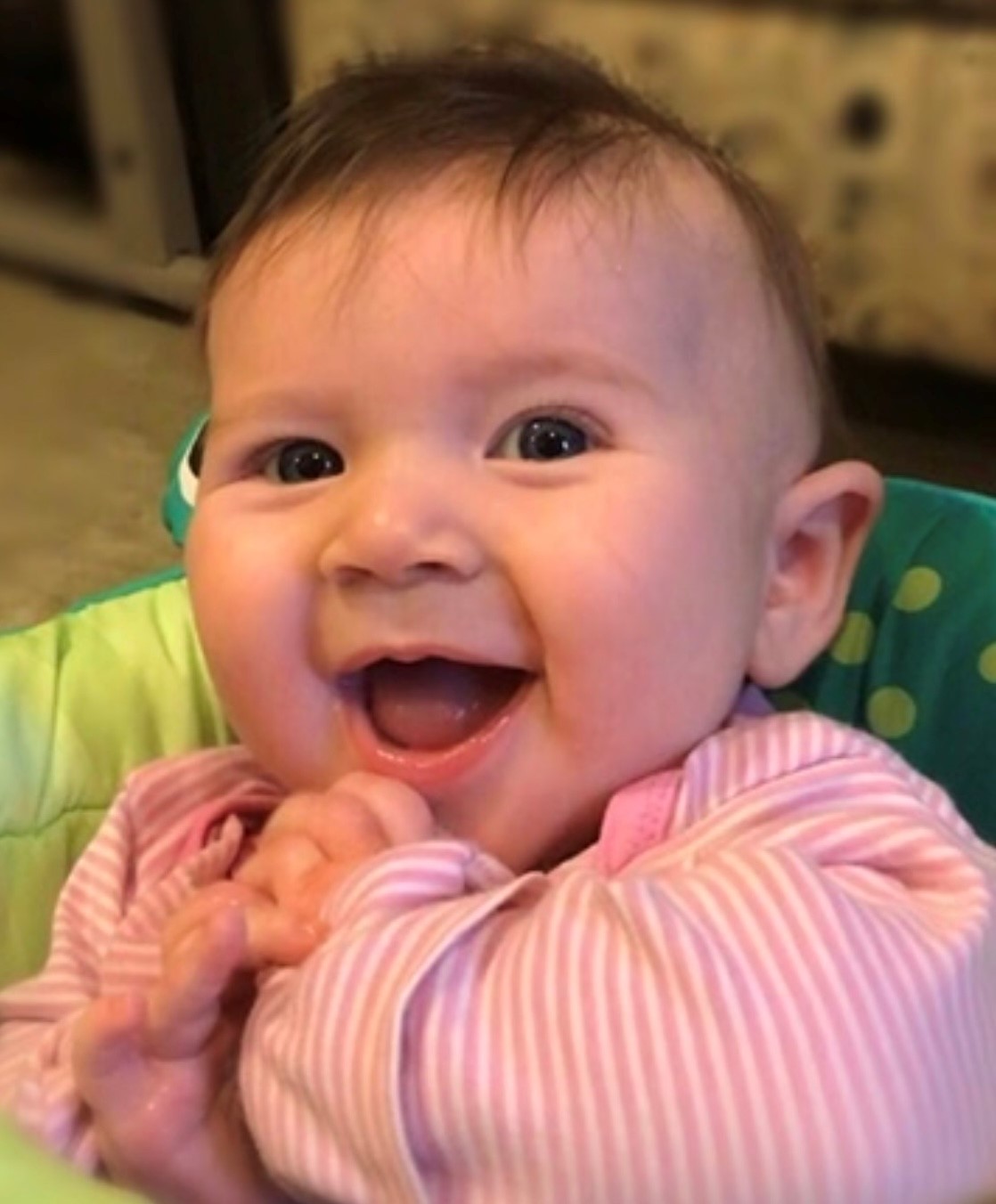 She wondered if she didn’t do CPR quickly enough or performed it incorrectly. Maybe she should have driven Emily to the hospital herself instead of calling 911 and waiting on help to arrive. What if she hadn’t gone to the store before stopping to get the girls?

Every scenario that plays out in her mind leads to the same question: would Emily still be alive?

But nothing she did could have changed what happened that day, she soon learned.

Detectives originally said Emily likely died from SIDS, Sudden Infant Death Syndrome. Sarah started researching, learning as much as she could. She needed some idea of what happened to her daughter in those final moments. Something told her – some nagging feeling – that what happened to Emily wasn’t just SIDS.

When the family called the detective to ask some questions, he said he couldn’t speak to them anymore, directing them to a prosecutor.

The prosecutor shared the Broadys’ suspicion. This just didn’t look like SIDS. He invited the family to come in and talk about what happened that day.

Things weren’t adding up. Sarah had noticed threads that looked like they came from a blanket when she was performing CPR on her daughter. She didn’t think much of it until she learned the babysitter put Emily down for a nap not in her Pack ‘n’ Play, but on an adult bed, surrounded by pillows and blankets. She left Emily alone and went outside.

An EMT on the scene that day estimated the little girl had been dead for three or four hours. The prosecutor believed the babysitter’s behavior was not just negligent, but criminal. He wanted the family’s support in pursuing a case.

“The moment that I found out that my child had been dead in your home for hours and you had no idea, I felt like I made my decision,” Sarah said.

They knew it wasn’t going to be easy, and it wasn’t. It was awful, taking a year and a half to resolve.

“I had to fight to prove to everybody that Emily's life mattered,” Sarah said. “And it was exhausting.”

Home life now is as happy. At least, as happy as it can be.

It took a while, but Sarah no longer feels the pressure to cherish every passing moment, because, as she put it, that’s also exhausting. 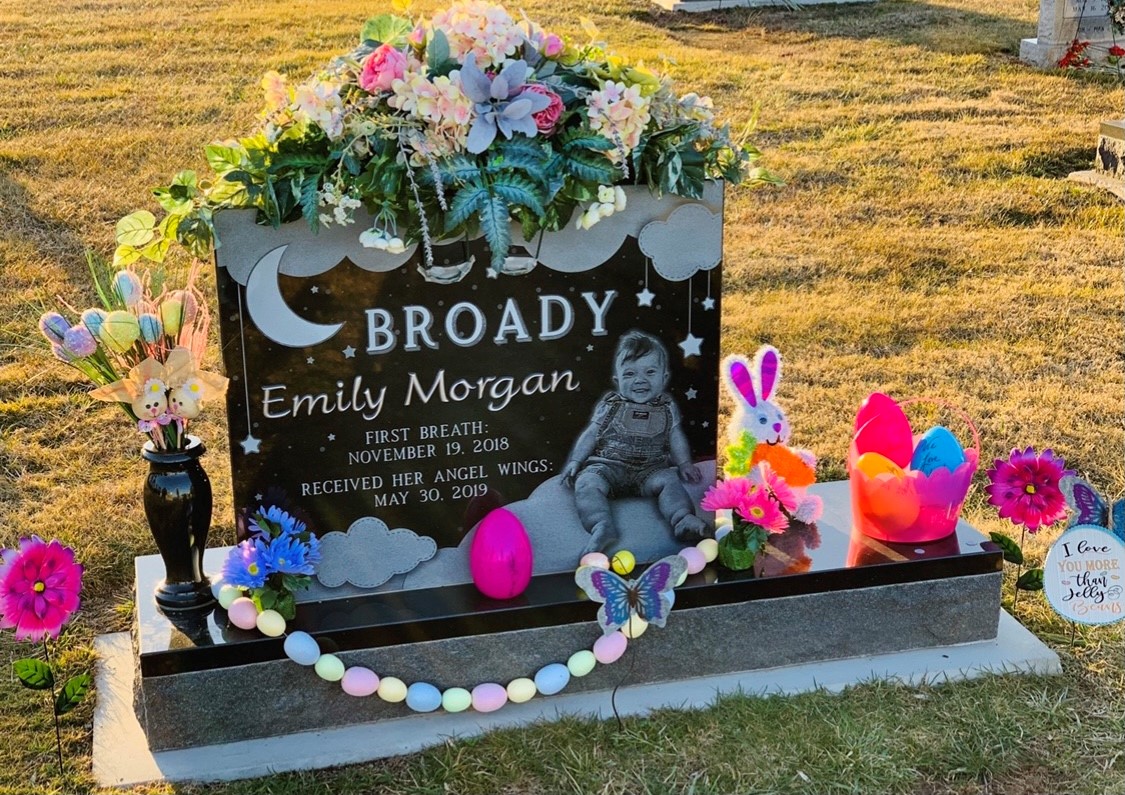 She’s learned what matters, though. She’s more present in the moment and tries to connect with others more.

She considered how best to move on – writing in journals, talking publicly about grief – before realizing there was a better approach, a way to help others.

The concept of safe sleep wasn’t something Sarah had really heard much about before. Now she knows the ABCs of keeping a sleeping infant safe by heart – put them Alone, on their Back, in a Crib. She uses her experience to drive home the importance of never taking a chance.

She speaks publicly, too, but about safe sleep, not grief. Her first time was Nov. 19, 2020 – what would have been Emily’s first birthday. She spoke at the hospital where Emily was born, at the same time of day they welcomed her into the world.

“I just don't want any other mother to wake up the day after your child dies and know this is your life,” she said. “Emily's death was preventable. She could be here.”

None of what followed Emily’s death – the criminal case, the trainings, the speeches – has been about vengeance or even justice. It’s simply a way for Sarah to help others avoid the pain she’s come to know.

Reliving that day has other benefits, too, hard as it is. It lets her continue feeling like Emily’s mom. Ensures her daughter isn’t forgotten.

Because every time she talks about Emily, her little girl is still alive.