Things were supposed to be different.

After years of hard work, the seniors of the Class of 2020 were supposed to celebrate together. In person. With friends, family and peers by their side.

Against the backdrop of a global pandemic, high school graduation might not have been what they expected, but the smiles were the same. So was the sense of accomplishment.

For the past 15 years, the Department of Child Services has partnered with the Indianapolis Colts and Cargo Services Inc. to host events supporting Indiana foster youth. Six years ago, the partnership started a special event, a graduation open house honoring high school seniors who graduated while in foster care.

22 seniors were selected for this year’s Project Open House. But given the pandemic, the event aimed at celebrating them became somewhat of an unknown. For high school seniors, that was a familiar feeling. Their final days in the classroom had turned into remote learning. Social distancing and other safety measures prevented large gatherings, including graduation ceremonies and the open houses that come with them. Many things they looked forward to were canceled.

But when it came to Project Open House, it wasn’t a matter of if for organizers – it was a matter of how.

Gone was the option of gathering the grads at the Indianapolis Colts Pavilion. Another 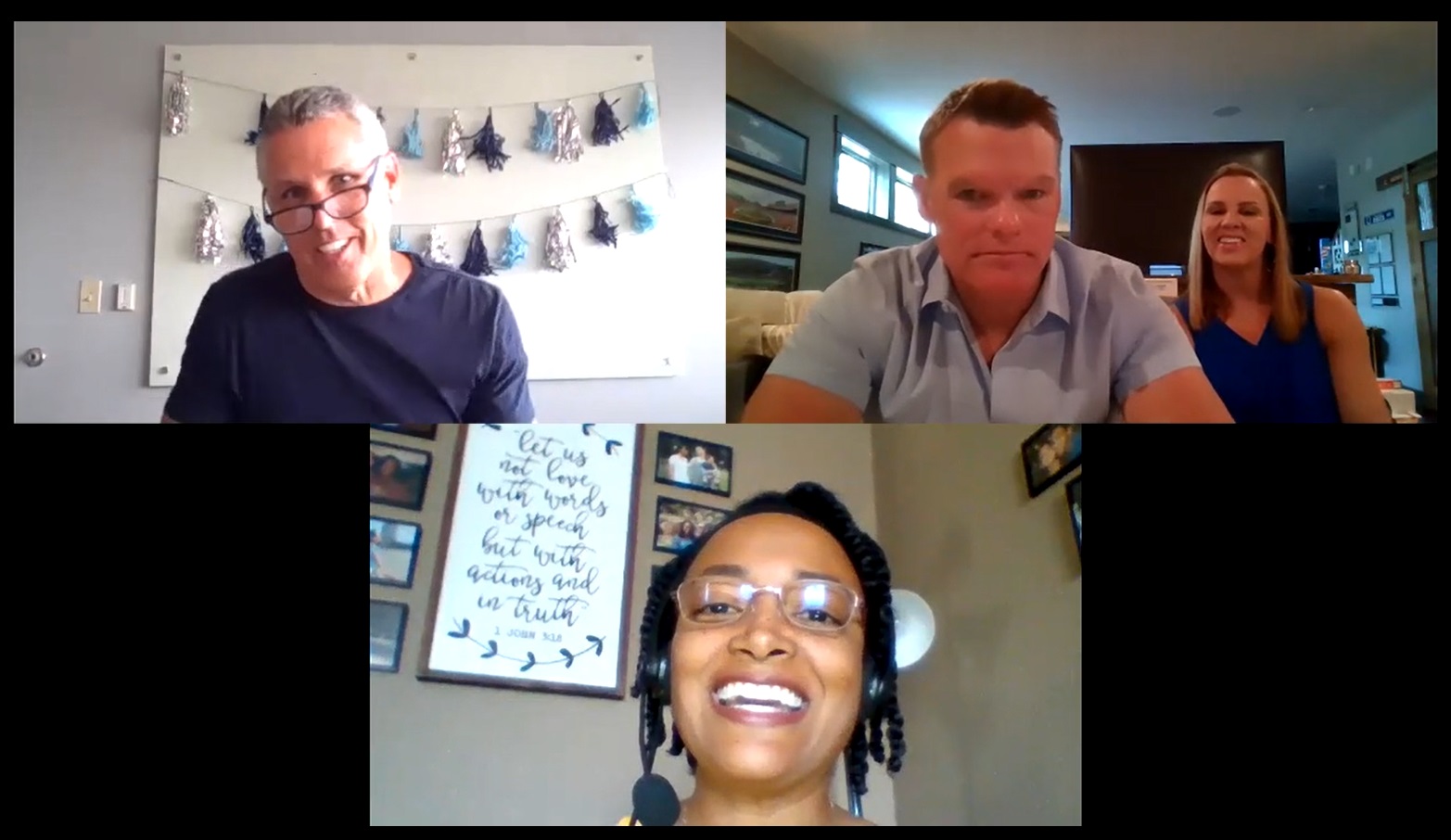 way needed to be found.

And it had to be just as special. These kids had earned it.

More than 50 people from DCS, the Colts and Cargo Services worked together over a three-month period to find a way. What took shape was a virtual celebration, hosted via Zoom, on June 23, 2020. The well-wishes came from computer screens, with guest speakers including Gov. Eric Holcomb, Colts players and more, congratulating the seniors on all they’ve overcome and encouraging them to keep going. The graduates were also treated to dinner and surprised with gifts.

The event started with a slideshow featuring each of the 22 honorees with a picture, their name and where they were graduating from.

Steve Fugate, chief financial officer for Cargo Services Inc. and host of the virtual open house, welcomed graduates and attendees, highlighting the special nature of the event and what it would mean to everyone involved moving forward.

He was joined by Indianapolis Colts GM Chris Ballard and his wife, Kristin. The annual event holds a special place in the Ballards’ hearts. The Ballards fostered two children and ended up adopting them, which Chris Ballard said has made a big impact on their lives.

He encouraged the graduates to draw on their experiences as they move forward, no matter where their paths take them next.

At previous year’s events, graduates invited guests to join them at the celebration for dinner and cake. It was an open house staple organizers decided they had to keep.

Just prior to the call, all 22 graduates had pizza and drinks delivered to their homes. They also received a personalized cake and a large gift basket they were instructed not to open until the evening was drawing to a close.

Speakers touched on themes of overcoming challenges, finding ways to persevere in the face of incredible hardship. Among them was DCS Director Terry Stigdon.

“It takes a lot of heart and a lot of determination to face adversity and come out victorious,” Stigdon said. “Each of you gathered here with us tonight is victorious. You are winners.”

Stigdon recalled watching her own children graduate high school and the sense of pride it brought her. She told the graduates she felt that same pride watching them reach the finish line. 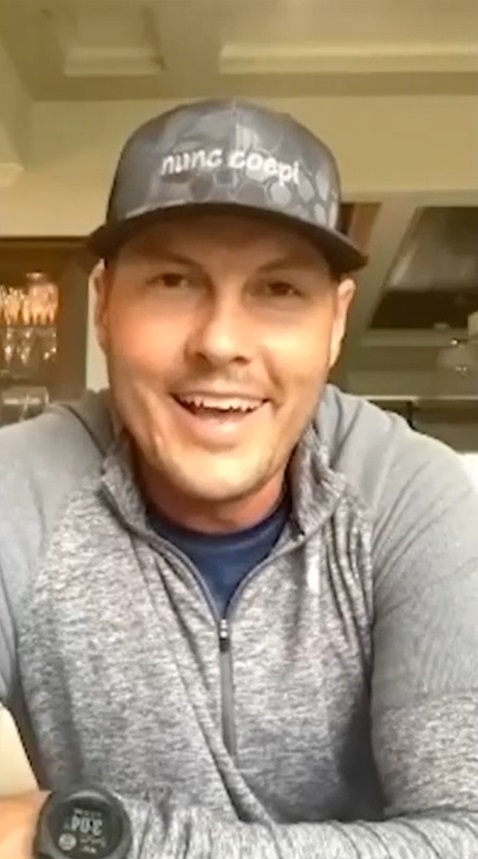 Entering the foster care system meant all the graduates had a big obstacle to get past. Despite an uncertain home life, they still had to navigate high school, something that can be challenging enough for someone with a stable home, Colts quarterback Philip Rivers told the honorees.

“Receiving your diploma is a big deal. It’s something you all should be very proud of and excited about as you celebrate this evening,” Rivers said in a video message recorded especially for the graduates from his home. “All of you have faced a lot of adversity in your lives, in a lot of cases much more than some of your peers and fellow classmates, but that’s done nothing but make you stronger. It certainly hasn’t stopped you from reaching this goal.”

They reached the big milestone despite the odds seemingly stacked against them. They finished their high school careers amid a pandemic that changed everything in an instant.

That makes them ready to face the future and whatever challenges lie ahead, added Colts quarterback Jacoby Brissett. 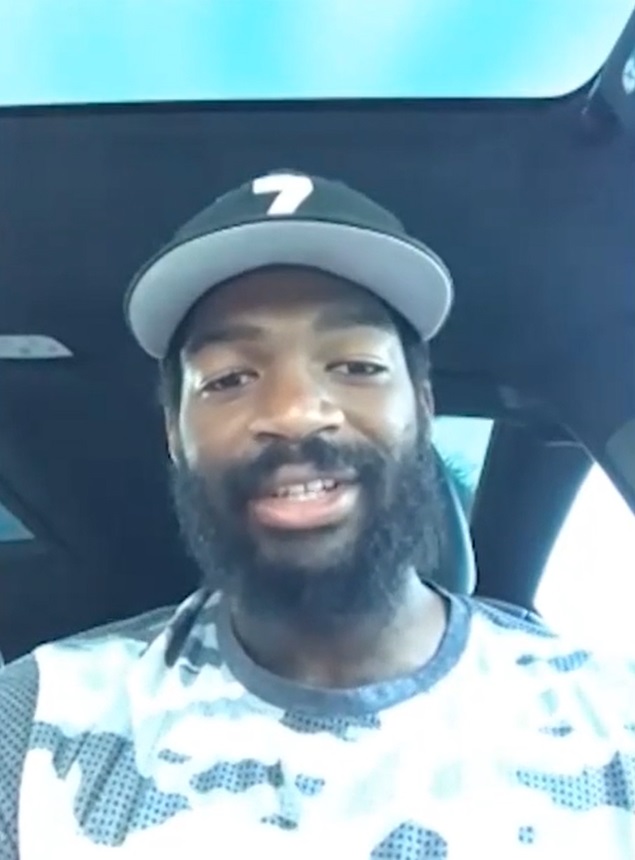 The virtual open house also welcomed those who were there to help the graduates along the way. Each senior received a special video message of congratulations from someone who stood by them on their journey. Their gift boxes, which they opened at the end of the call, included graduation cards, certificates and an assortment of surprises, ranging from personalized miniature Colts helmets to helpful household items. The graduates tore into the boxes with smiles on their faces, some showing each item to the camera for all the attendees to see.

One special “speaker” near the end of the call was Colts mascot Blue, who, without a word, sent graduates an important message.

He held up signs that were simple but powerful. As he reached the end of his message, the names of all 22 graduates were displayed on the screen around him.

“We love you!” the sign read. “And we can’t wait to watch you change the world.” 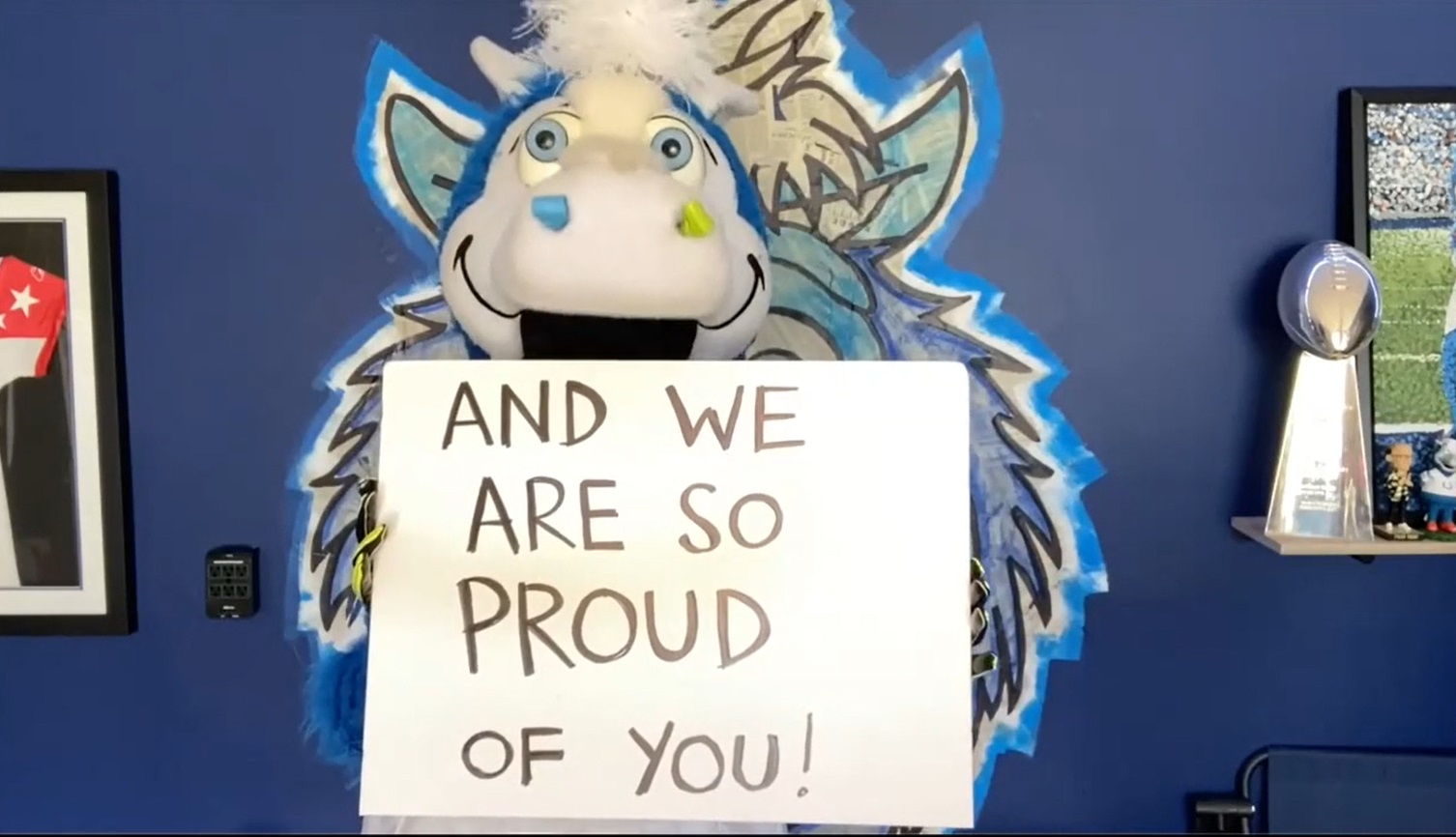