"We are in this together"

A good friend orchestrated the introduction of Legend to Noah.

It was the summer before her junior year of college. They got together with a group to hang out, watch movies and eat pizza. They didn’t know it then, but it proved to be an important day for both. 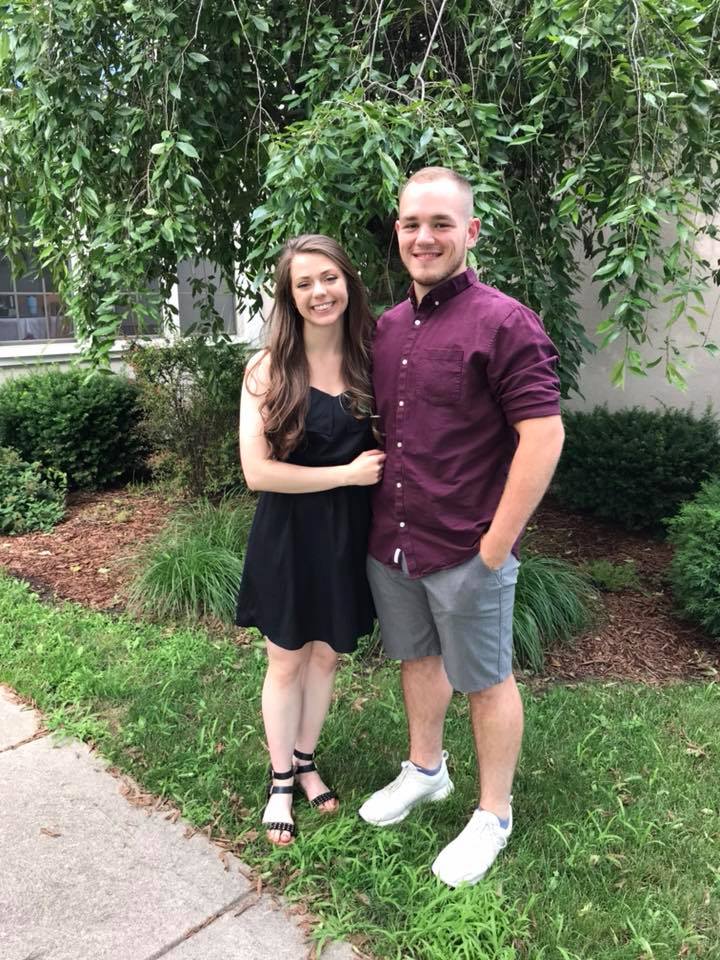 “The first time we hung out, he forgot my name,” Legend said. “And so he was calling me like random, like, ‘Hey, what's up, man? What's up, savage?’ You know, like very silly, until eventually he got it.”

That made her laugh, something Noah has been making Legend do ever since. And she was able to look past the forgetfulness when she heard Noah speak to his mom on the phone that evening.

“I remember how thoughtful and polite he was to his mom,” Legend said. “You can tell a lot about someone by how they treat their parents.”

They kept finding themselves in the same circles. They were around one another a lot. Eventually, Noah asked the girl whose name he briefly couldn’t remember if she wanted to get lunch, just the two of them.

Legend said Noah was always so sweet and accepting, so open, thoughtful and kind. They started dating in September of that year and were engaged in April of the following year.

Despite all the trauma she experienced growing up, Legend was comfortable around Noah from the start. She’s always been an open book. She doesn’t really have issues talking about her past.

Her biggest fear wasn’t Noah finding out about her past. Her biggest worry was him deciding that maybe it was just too much, maybe there was too much baggage.

Her mom left when Legend was young. She was taken away from her dad at 16, and lost contact with her foster parents in college. She’d felt abandoned before. Noah set out to prove to her she was worthy of love and commitment. He and his whole family were there the day she received her college diploma.

The time leading up to the wedding was tough on Legend. She’d gone to counseling on and off before, and she went back to help with wedding anxiety. She was having a hard time dealing with not having any parents there to support her. She was angry with her foster parents for not being there.

When the big day finally arrived, everything fell perfectly into place.

“I walked myself down the aisle,” Legend said. “That felt really good. That felt right. Noah met me halfway. It was very cute. His parents cried.”

Once the hustle and bustle of the wedding ended, Legend sat down on her bed and cried. She had felt alone before, many times. She’d seen marriages crumble and completely change. She knew, though, that she didn’t have to worry about that happening to her. 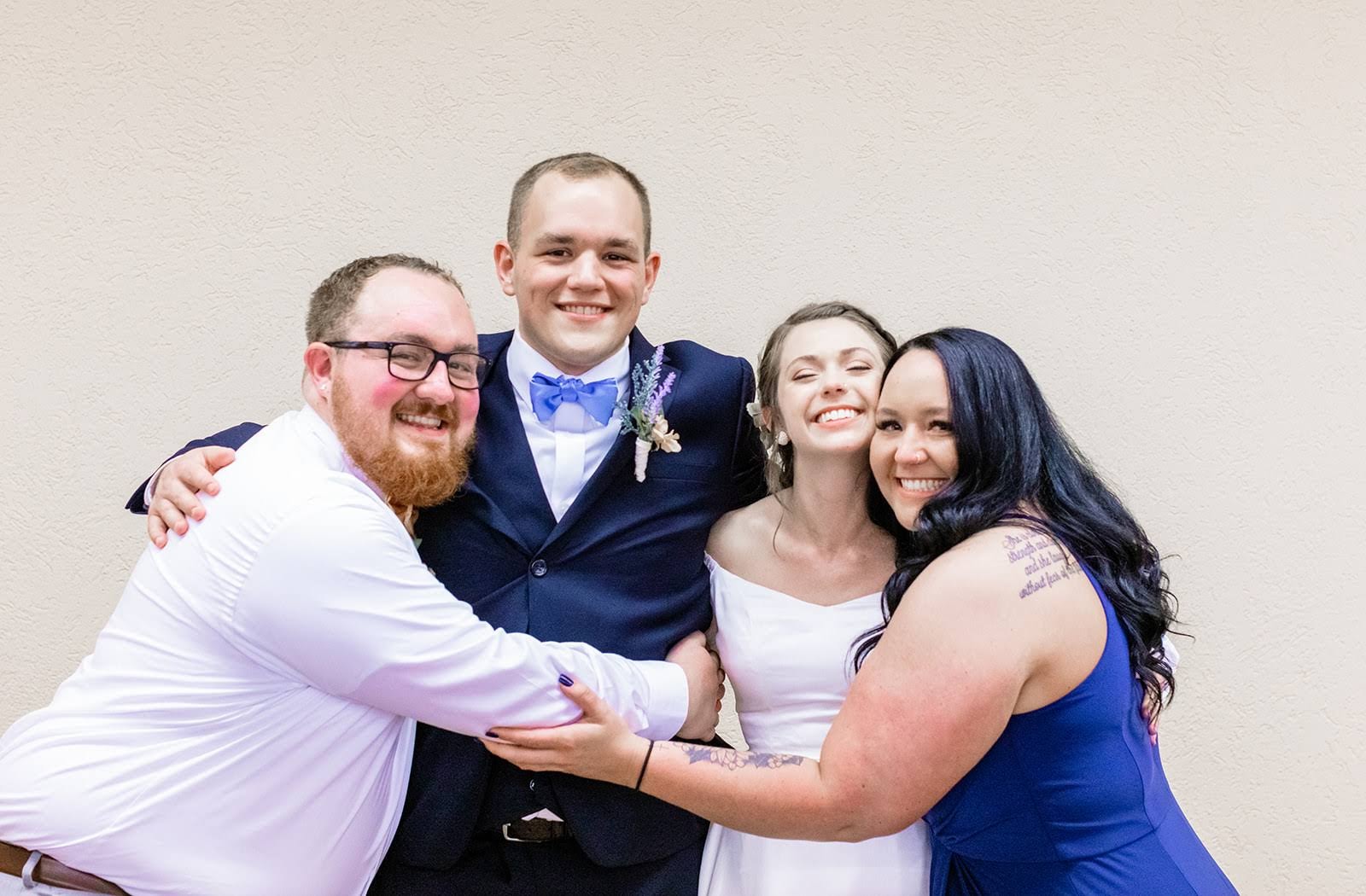 She knew she didn’t have to be alone anymore.

“I cried and I cried because it was like, oh, I'll never be alone again. But that's not why I got married,” Legend said. “Obviously, I would not have gotten married if I didn't feel there was enough completeness in me, but it was like, wow. I have a companion and we are in this together.”

Things have come almost full circle for Legend. As a social worker, she works for children facing the same challenges she once did. She’s been in that position for a year, now, and she loves it.

Her past has helped her navigate even the toughest situations with those children.

“There are some things that have happened in this job that no class could have prepared me for. No one teaches you what to do when you're in the hall, when you're in the ER with a 7-year-old. No one teaches you how to console a frantic foster parent in those moments,” she said. “And I think a lot of my life has prepared me for that, and that's why some days are a little bit harder, but there are a lot of days when I feel like I can handle the punches a little bit better just because of my experiences.”

She’s tried to heal some of the wounds within her family, too. She’s seen her biological mother twice, once during spring break in her senior year of high school and once during her sophomore year of college. She saw her brother over Thanksgiving – he came and stayed with her and Noah for a few days. She hopes one day to redeem her relationship with her father as well.

“It's a little bit hard whenever family is together, especially with what you've been through,” Legend said. “And it just brings up a lot of hard feelings. I love him and I want to be a part of his life.”

She isn’t all the way there yet, but Legend has healed a lot. 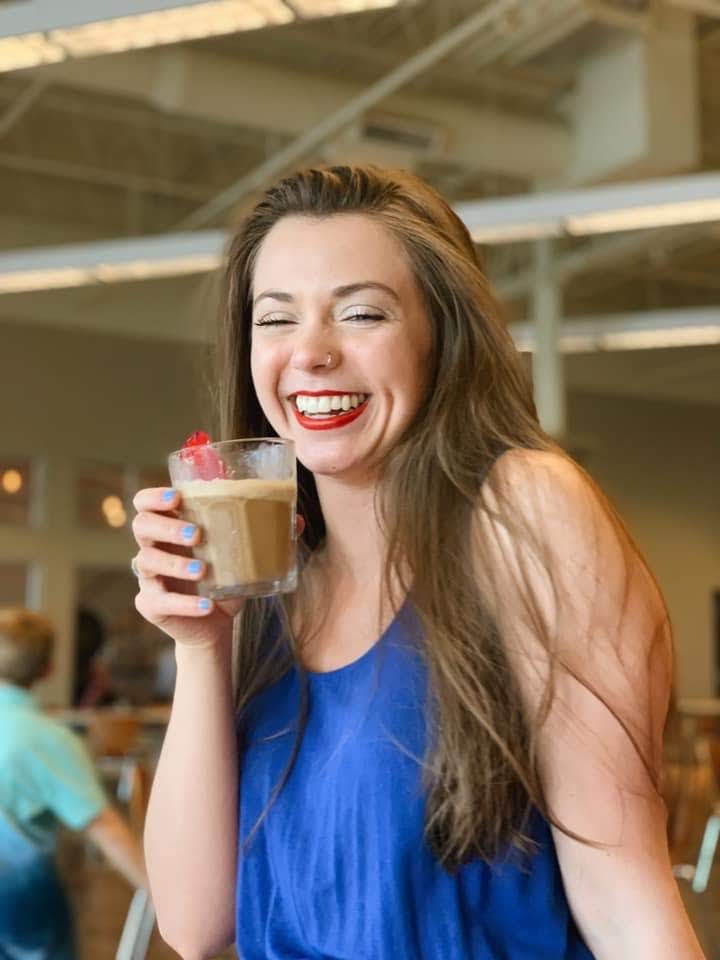 “I'm very fortunate to have so many people around me that have helped me heal and supported that healing and growth,” Legend said. “I've learned a lot about just empathizing with people that have experienced different kinds of abuse because it's entirely different from childhood trauma.”

Legend still keeps busy, but not for the reasons she did when she was younger. She is getting into painting. She loves writing plays and poetry. She’s a big reader, and is currently in the middle of reading the Harry Potter series for the first time. She enjoys playing host to friends, having people over for dinner.

She loves to travel, too, which she hopes is a big part of her near future. Noah and Legend are planning to travel abroad in the next few years. Her biggest dream is to live in another country and learn a new language before starting a family some years from now.

At 23 years old, Legend’s story in some ways is just beginning. Finally, she’s found stability. The days of hiding the truth are over, and the chaos of the past is behind her. She has found her forever family. She has a husband that she can’t imagine life without, and she has a mother-in-law and father-in-law who make her feel at home.

“It's really wonderful. They are a very close-knit family, and Noah adores them,” Legend said of her in-laws. “They have never tried to overstep and take a place of where they weren't meant to be, but make their own spot in my heart. That's just been so special.”

PART 1: "I just knew we couldn't live like this"

PART 2: "I was always really good at pretending to be OK"