The Roadside Oral Fluid Program was created by ICJI's Traffic Safety Division  to prevent crashes and save lives. Launched in December of 2020, the division provided more than 50 Indiana law enforcement agencies with a new roadside tool to identify and keep drug-impaired drivers off the road. The device, called the SoToxa Mobile Test System, is a handheld analyzer that uses an oral fluid swab to detect the presence of six kinds of drugs: cocaine, methamphetamine, opiates, cannabis (THC), amphetamine and benzodiazepines. In total, 66 devices were distributed with 22 being added throughout the year.

The program was created as part of the “Great Lakes, High Stakes” campaign, in partnership with the National Highway Traffic Safety Administration’s Region 5 Office, to reduce traffic fatalities and address the emergence of drugged driving taking place regionally and nationwide. According to NHTSA, in the 10 years between 2009 and 2018, the presence of marijuana had nearly doubled among drivers killed in crashes who were tested for the substance. More recently, data from a 2021 NHTSA study shows that 56 percent of drivers involved in serious injury and fatal crashes tested positive for at least one drug, based on trauma centers studied last year.

As part of the latest development under the program, in October of 2021, the division distributed 97 SoToxa units to 19 agencies in Lake County, bringing the new statewide total to just under 200.

How SoToxa will be used 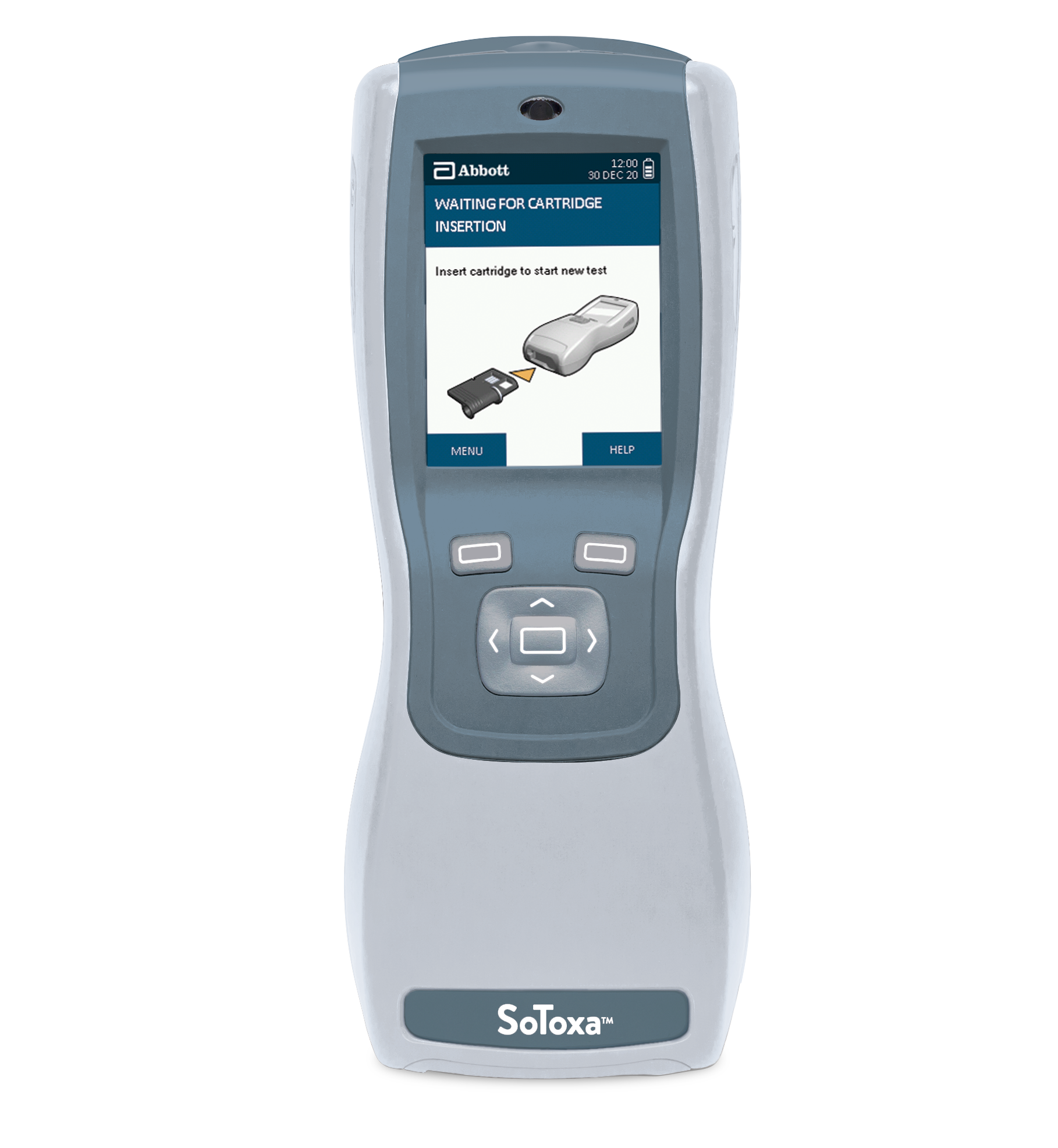 To use SoToxa, the officer must have both a reason to stop a motorist, whether it’s for driving erratically, speeding or another infraction, and suspect impairment. During the traffic stop, officers will use standard detection techniques such as field sobriety tests, portable breathalyzers and suspect interviews to evaluate the driver. SoToxa would not replace those techniques but would instead function as an additional roadside tool officers could use.

If drug-impaired driving is suspected, the officer can ask the driver to take the SoToxa test. This is done by collecting an oral fluid sample, which is then inserted into the handheld analyzer. Results are available roadside within five minutes and indicate positive or negative for each of the six drug categories.

Much like a portable breathalyzer, the SoToxa test can be refused, and the results cannot be used as evidence in court to determine if the driver was impaired. The purpose of the test is to further establish probable cause, which can be used by the officer to make an arrest, administer a certified breath test, take the suspect for medical treatment or apply for a warrant to administer a blood draw.

The units cost $4,500 each, are reusable and were paid for with National Highway Traffic Safety Administration funds.