The year 2008 marked the 75th Anniversary of the 21st Amendment, which repealed national Prohibition and gave the individual states the responsibility of overseeing the manufacture, transportation, and sale of alcoholic beverages within their borders.

For over seven decades officers of the Indiana State Excise Police have faced constant challenges in the enforcement of the state's alcohol and tobacco laws. The articles below highlight the department's commitment in protecting the, "economic welfare, health, peace, and morals" of the people of Indiana. 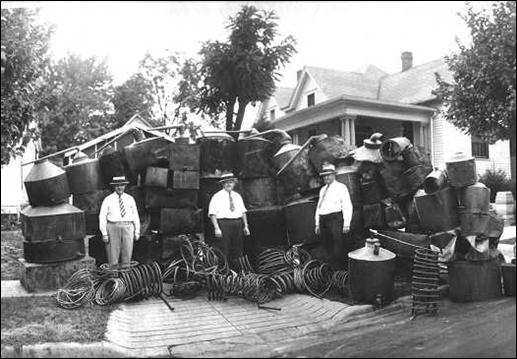 Chief Ray Hinkle, Captain Bruce Maxwell, and Lt. Nordhoff pose with sixty-one stills that were confiscated in the Dubois County area in 1937