One vote extended the right to vote to half of the U.S. population

In 1878, Senator Aaron A. Sargent of California introduced the first bill giving women the right to vote. It would take 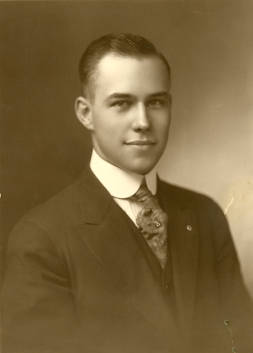 forty more years for the U.S. House and Senate to finally pass the 19th Amendment.

Once Congress passed the amendment, Tennessee was the final state to pass the measure leading the way for its official adoption, but it was no easy task. It became clear to the suffrage movement that Tennessee would be the final battleground.  Suffragists believed that if Tennessee didn’t ratify that their fight would likely be over.  The Tennessee House of Representatives had been in deadlock for weeks over the issue, leading protesters and supporters from around the country to swarm the Statehouse in Nashville.

In the midst of the confusion, a young legislator from rural Tennessee named Harry Burn (pictured above) received a telegram from his mother saying, “I’ve seen these speeches against women’s suffrage and they are bitter.  Be a good boy and help the ratification.”  So in the eleventh hour, young Representative Burn changed his vote and broke the deadlock. Burn changed his mind so quickly that it took his fellow legislators a few 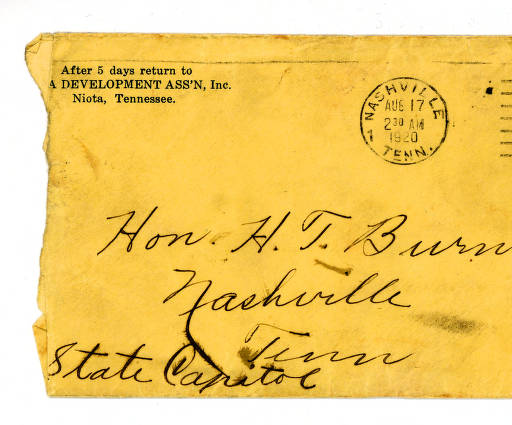 moments to register his unexpected response. After he cast his vote, Burn fled to the attic of the state capitol and camped out there until the maddening crowds dispersed. Some say he crept onto the third-floor ledge to escape an angry mob of anti-suffragist lawmakers threatening to rough him up.

Just think - one vote gave half of the population in this country the right to vote. And it’s all thanks to one persuasive mother and a smart legislator.

A single vote led to the 3rd largest expansion of the U.S. border

Henry Shoemaker, a young farmhand from DeKalb County, Indiana, was working in the field on Election Day in 1836 when he remembered he had promised a good friend, Madison Marsh, he would vote for him for state representative.  Just as the polls were closing, Henry arrived in Kendallville, Indiana and cast his ballot for Mr. Marsh.

After a lengthy recount, it was determined that Henry’s ballot was the tiebreaking vote that decided the election in 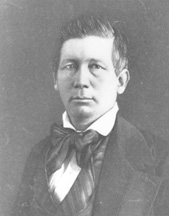 favor of Madison Marsh. But that’s only the beginning.  At that time, the Indiana General Assembly selected our U.S. Senators.  When the votes were tallied for Indiana’s next U.S. Senator, Edward Hannegan (left) won by just one vote - a vote which had been cast by State Representative Madison Marsh.

Just a few years later, now in Washington, D.C. Senator Hannegan was embroiled in a national debate to determine whether or not the U.S. should engage in a military conflict with Mexico.  He cast the deciding vote to declare war on Mexico.  In the years that followed that conflict, the Southwestern states of Texas, New Mexico, Arizona, Utah, Nevada, California and parts of Colorado were added as U.S. territories.  The most dramatic expansion of our borders since the Louisiana Purchase all started when one Hoosier farmhand cast his ballot at his local polling place.  So if you think your vote doesn’t count, think again.

Lewis and Clark take a vote

In 1804, explorers Meriwether Lewis and William Clark organized the Corps of Discovery on the Ohio River in Southern Indiana.  A year later, after exploring much of the great Northwest they had just arrived at the Pacific Ocean when their year-long commission from President Thomas Jefferson expired. Far from home and with much to do, the group faced the prospect of another incredibly brutal winter.  Varying accounts from the local groups of Native Americans left them with a difficult choice on where to establish their winter camp.  The Corps of Discovery included Shoshone Indian Sacagawea and a slave named York.  Lewis and Clark allowed both to vote in what is considered to be the first fully free election held in the United States.  The decision proved to be the right one and the group survived the winter with plenty to eat.

On November 3, 2015, the town of Jasper, Indiana recorded a tie vote in their mayoral election.  A recount was conducted, resulting in the incumbent winning by one vote.  Read the article here.

As we have seen, a single vote really can have huge consequences.  Take a minute and make sure you are registered to vote by visiting IndianaVoters.com, the future of our Democracy depends on it!