Sgt. Wilson and Sgt. Long were selected for the position after competing in a rigorous written and oral interview promotional testing process.

Sgt. Wilson, a Michigan native, moved to Morgan County in 1992 and began his law enforcement career a year later with the Marion County Sheriff’s Office as a Special Deputy working for Community Hospitals in Indianapolis. Three years later he came to the Morgan County Sheriff’s Office as a reserve deputy and in 1999 was selected as road patrol merit deputy.

Mark earned the Firearms Achievement Award during his basic training at the Indiana Law Enforcement Academy in December, 2000. A desire to become more involved in specialized training led Wilson to become a member of the Special Weapons and Tactics (SWAT) and Explosive Ordnance Disposal (EOD) teams. However, the largest portion of Mark’s career has involved dogs and firearms. He has been a K-9 handler for over 19 years and is a Senior Instructor for handgun, shotgun, and rifle. Wilson and his wife Cheri are the proud parents of six young men, two of which reside with them in Martinsville.

Sgt. Long, a Morgan County native and 2000 graduate of Martinsville High School, began his law enforcement career in 2008 working as a Morgan County Corrections Officer until being hired as a road patrol merit deputy in 2011. After completing the Indiana Law Enforcement Academy Long continued to expand his law enforcement specialization by being selected to serve on the Morgan County Honor Guard Team, SWAT, and as a Field Training Officer (FTO). He has also expanded his training by serving as a Vehicle Crash Reconstruction, Standard Field Sobriety Test (SFST) instructor, and grant coordinator. Jeremy and his wife Elizabeth live in Green Township with their two daughters. 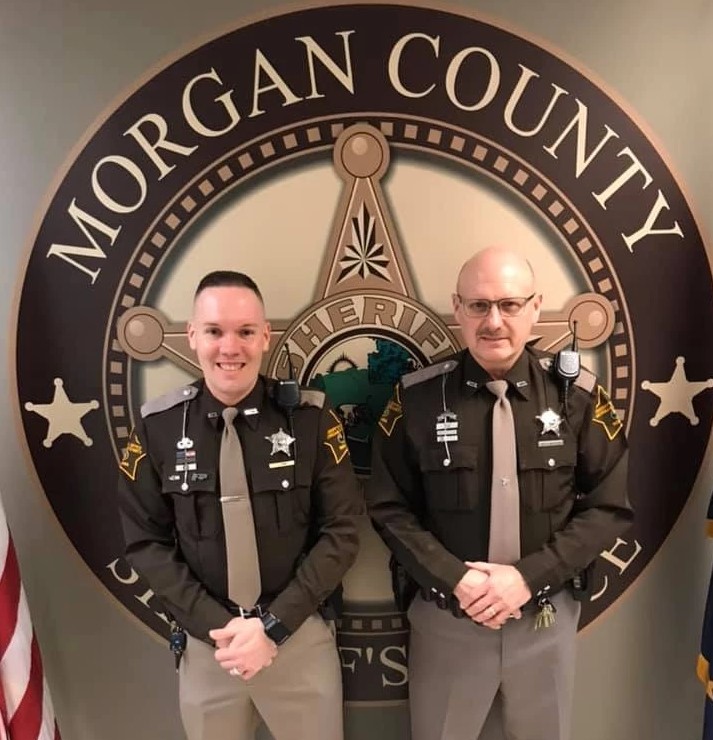