In Cause No. 44871, Indiana Michigan Power (I&M) is seeking IURC approval of its plans to add new emission control equipment at its Rockport Generating Facility in Spencer County. I&M is also seeking approval to recover the project’s costs through rates.

The OUCC filed the following testimony on February 3, 2017:

All hearings in this case have concluded. Formal parties have filed written closing arguments as follows:

To review the case file, visit the IURC website and enter cause number 44871.

This page will be updated based on case developments. 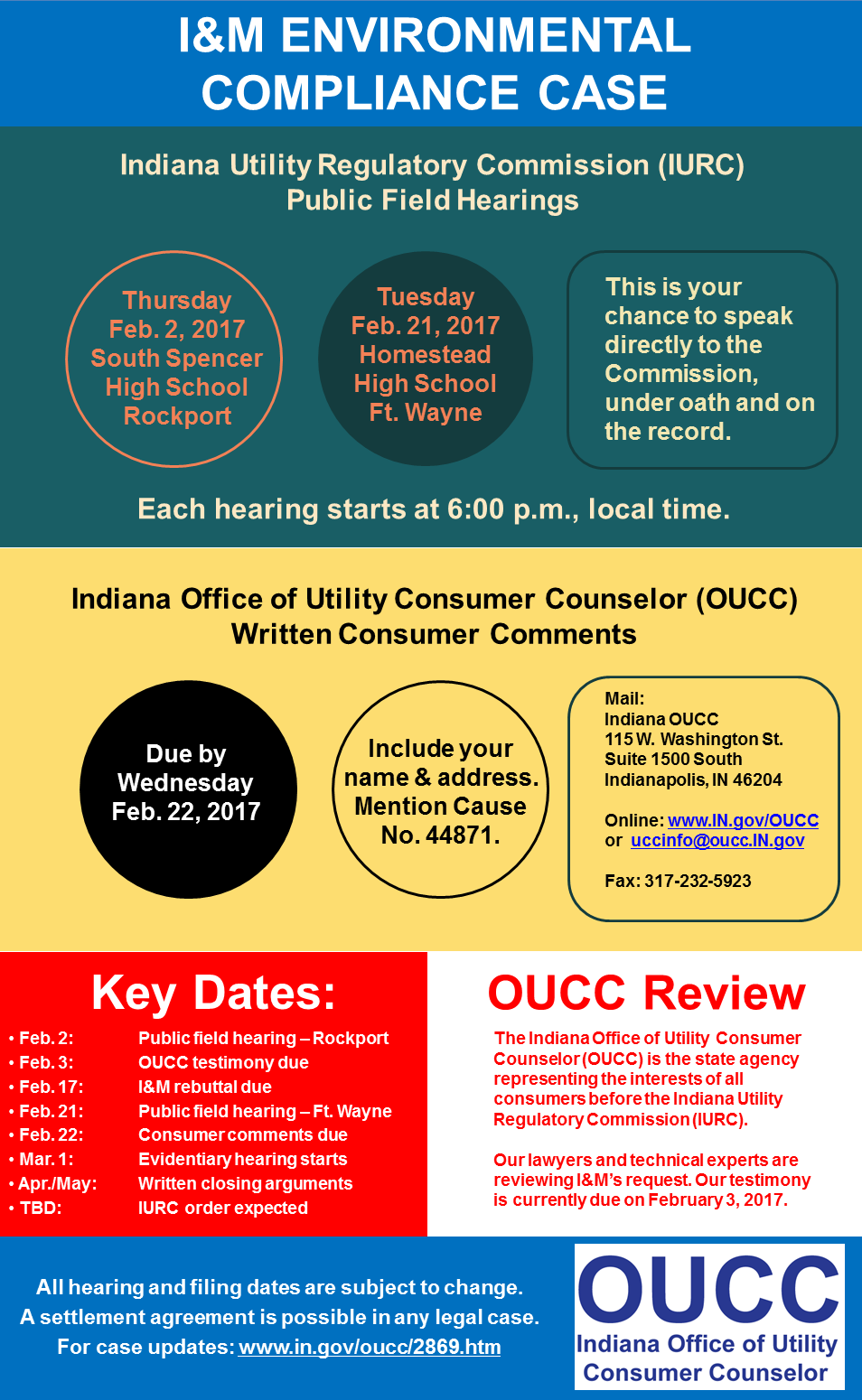