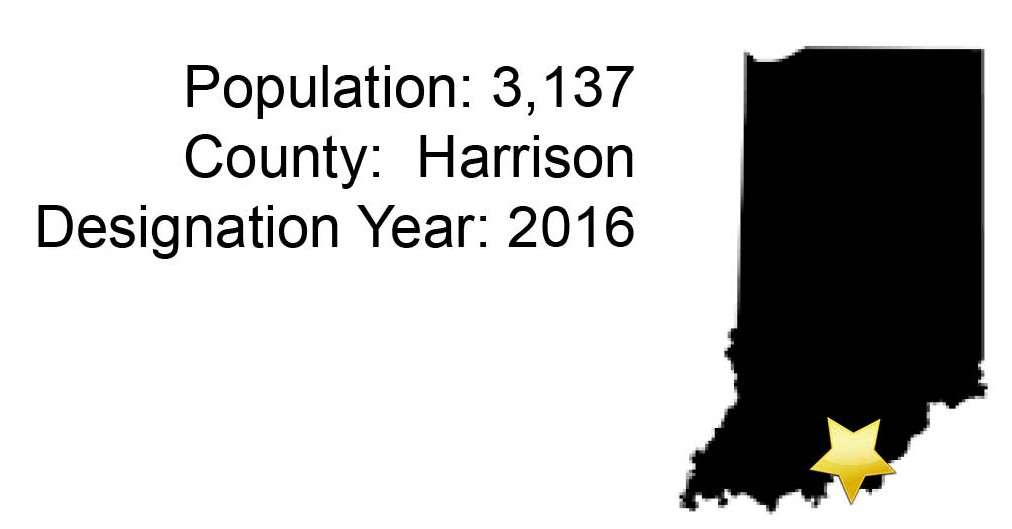 BACKGROUND
In the midst of celebrating Indiana and Corydon’s bicentennial in 2016, Corydon prepared for, applied and received their Stellar designation. Previous to this announcement the city had recently completed a museum honoring Corydon as Indiana’s first state capitol as well as a bicentennial park project that was already underway. However, being a small town with just over 3,000, there were several needs that Corydon had that their Stellar plan sought to address. Over half of the downtown was living in poverty and several historical buildings were falling into disrepair. Using their comprehensive plan, main street downtown focus plan and Hometown Collaboration Initiative in addition to their Stellar funded strategic investment plan, Corydon pieced together a plan that addressed the need to attract more residents and businesses.

CORYDON’S PERSPECTIVE
Rand Heazlitt, Corydon’s director of special projects, was one of the individuals coordinating the installation of the new museum. He was added to the city’s staff specifically to help with Stellar. “We viewed these projects as building blocks for Stellar,” Heazlitt said. “It really just followed the forward momentum that we were building through the bicentennial.”

Initially, the city took off full speed ahead and identified ten projects and started the façade program. However, very quickly, the city realized they needed a more expansive staff that could appropriately handle the attention that the Stellar projects needed. Being such a small town, this wasn’t something that they had to do before. “The city didn’t have all of the resources to implement the changes we wanted,” Heazlitt said. “As a part of the process we realized that some of our systems needed to change.”

These challenges encouraged Corydon to reevaluate not only their staffing choices, but their projects as well. As the county seat, Corydon, while allocating local funds, was able to win the support of surrounding areas. However, their relationship with the greater area began to dwindle as they began to focus on the specifics of their projects. “It caused us to think beyond ourselves, we’ve had to think more expansively than we’ve ever thought before,” Heazlitt said.

In response to these contemplations, the Corydon Stellar team went back to planning and revised some of their projects to better reflect what was tangible and desirable for their community. “It’s vital to have the community participate in the direction of the Stellar projects,” Eva North, Corydon’s city planner, said. “They should be given the opportunity to participate as much as possible.

“This is to ensure that we are being responsible with the plans and funding by using the public’s input and support to complete the projects,” North said. “Although the SIP is revised from time to time, the original version is still kept intact."

Corydon also communicates with Rushville, Stellar’s other 2016 designee, exchanging ideas and updates. During the early months of designation, both engaged in three sessions of trainings together. Ever since, Corydon has used their perspective as an additional resource. “We traded all the positives and negatives that were affecting us. It was fun to exchange and learn together,” North said. “One of our main takeaways was to communicate with the public, keep going and to be responsible with the budget.” 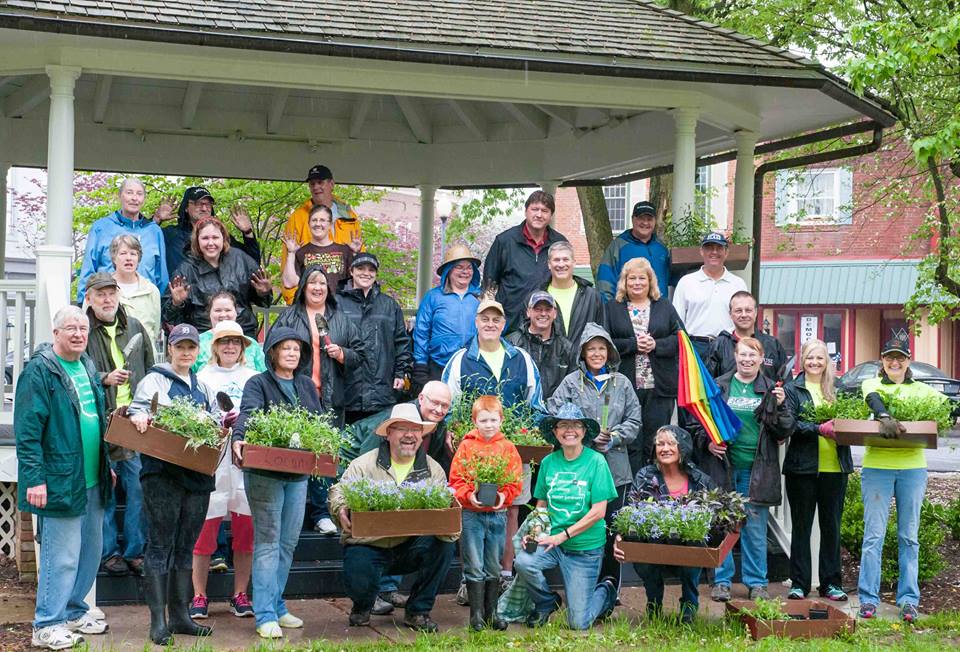 Currently, Corydon preparing for the implementation stage of several of their Stellar projects. After regrouping, the city working towards its goal of becoming an epicenter of the county. Heazlitt said that he hopes to use what the city is learning and apply it towards future projects. For him, Stellar is mindset that pushed his community to approach things differently.

“We would not be able to do this much revitalization of our town without being designated Stellar due to budget constraints,” North said. “We just wouldn’t have the momentum that we have right now. It is hard work, but it moves us in a positive direction.”