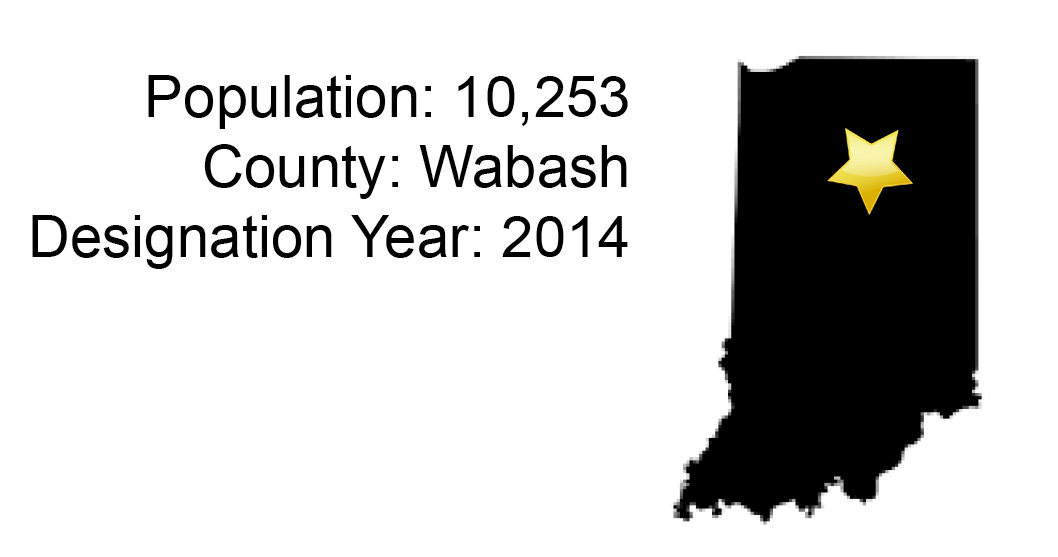 Nestled in northeastern Indiana, Wabash is attracting national attention for its thriving business district and passion for growth. Over the last 10 years, Wabash has transformed itself from a struggling downtown with little tourist appeal into a destination in northern Indiana. In 2015, the Wall Street Journal published an article, Wabash 2.0: Indiana City Reinvents Itself, which highlighted Wabash’s downtown improvements and additions such as the Honeywell Center and the Charley Creek Inn. With a focus on the downtown business district, Wabash was designated for Stellar in 2014.

“We already had so much going on – Stellar carried on the momentum from those projects and made them massively impactful,” said Keith Gillenwater, president/CEO of Grow Wabash County.

Between the Honeywell Center’s thousands of visitors each year, a popular First Friday event and national awards and recognitions, Wabash is thriving. However, they recognize that there is still room to grow.

“We are revitalizing our community because we are able to rally our citizens, business owners, community leaders and others around the cause better than any community I have been a part of,” Gillenwater said.

When Wabash submitted their Stellar application in 2013 and 2014, they focused on their downtown district’s need for further development.

“During the recession, everything dried up,” Wabash’s Mayor, Scott Long, said. “Since Stellar, we’ve had 13 businesses open up. We have people believing in the downtown again.”
Gillenwater moved to Wabash when he was offered a position with Grow Wabash County. Immediately, he felt connected.

“Growing up in another small Indiana community, I didn’t feel as connected to my hometown as I do here in Wabash,” Gillenwater said.

However, the Stellar process was not without growing pains. After the award announcement and the initial celebration had died down, the community grew restless for results. According to Gillenwater, this contrast in opinion came as a surprise.

Fortunately, the community’s negative perception was promptly replaced in the wake of a national interest in Wabash’s redevelopment initiatives. Besides the Washington Post’s story, in 2016, Wabash was featured in several episodes of a televisions series, Small Business Revolution. More recently, they were named a quarter finalist in America’s Best Communities contest.

As a result of this publicity, Wabash began attracting new investors and developers to their community.
“We recently had a Dulcimer business from northern California locate to an empty storefront downtown,” Long said. “We’re drawing in people and businesses. It’s putting Wabash on the map and Stellar really helped us reach this goal.”

As of 2018, Wabash has completed their Stellar commitment and is looking towards the future.
For Long, this means paying more attention to the city’s younger population. In retrospect, Long said that he believes that some of the Stellar plans did not accommodate what the younger demographic is looking for in their downtown. If he could go back, he would work to ensure that their voice was included earlier.

“I do value the older, historical perspective, but we have to get the input on what the young people’s vision for our community. We have to do both,” Long said.

Looking back, both Gillenwater and Long said that they are proud of the way that Wabash has adapted to the times and has remained an active, engaged community.

“You can see Wabash is relevant,” Gillenwater said. “For me, you see this in the people and how different they are. Wabash is proud to be Wabash.”