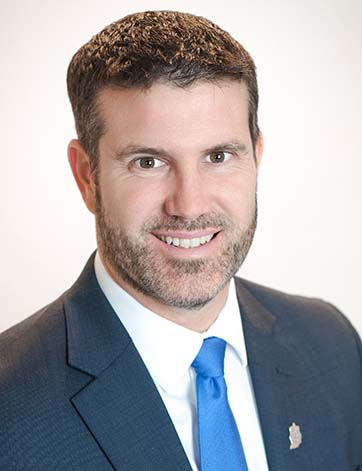 Chris graduated law school in 2003 from the Louis D. Brandeis School of Law at the University of Louisville. He has a Bachelor of Science degree in Education - Secondary Mathematics - and was previously a math teacher at Scottsburg High School serving as the varsity assistant basketball coach while there. Chris continues to be involved with children and sports and coaches both youth basketball and baseball in Scott County.

Chris was raised in Scott County and chooses to raise his three children there along with his wife, Ellen.

Chris is a prosecutor because he believes that people should be held accountable for their actions and wants to be part of keeping Scott County and Indiana a safe place to live and raise a family.