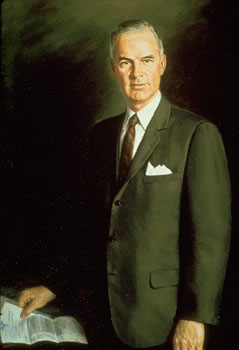 A Democrat, Welsh served in the Indiana House of Representatives, but his term ended when he resigned to join the navy in 1943. After the war he served as United States attorney and state senator before being elected governor in 1960. His term was marked by the enactment of a two percent sales tax to raise crucial revenues.

Welsh, a tall, slender, dignified man, once said he had two basic rules: "it never costs you to be a gentleman" and "you try to base everything on fact, so get all the facts." In 1965 Lyndon Johnson appointed Welsh to represent the United States as part-time chairman of the International Joint Commission on Waterways with Canada, designed to protect and maintain water levels along the United States-Canadian border. Later he resumed his law practice in Indianapolis, and he ran again for governor in 1972, losing to Otis R. Bowen.