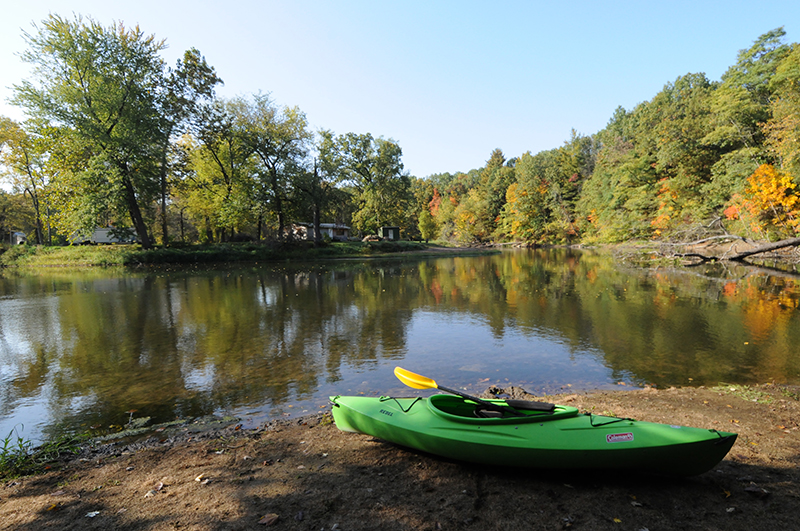 Where can I paddle?

All public freshwater lakes are open to paddlers. So are many streams, but the laws are more complicated.

Indiana rivers that have been designated by statute as "navigable" are open to paddlers. “Navigable” rivers and their river beds are held in trust by the State of Indiana and can be used by the public. Find a navigable river near you.

On streams that don’t have a navigable designation, the bed remains in private ownership, but the public may use the surface of the stream for paddling.

What does navigable mean?

The traditional law of navigability in Indiana says that a river is navigable if it could have been employed for commercial boat traffic when Indiana became a state in 1816. Read more.

What if a conflict arises?

You should contact an Indiana Conservation Officer stationed in the county where the conflict is. Contact a conservation officer.

When on the river, the Ordinary High Watermark (OHM) is generally easy to see and should be used as the boundary between private land and the streambed on navigable rivers.