The Civilian Conservation Corps was among the first of the New Deal programs Roosevelt established upon assuming the presidency in March of 1933. The CCC was designed as a work program for young men from age18 to 25. The young men signed up for a renewable six-month term in which they would work on projects mostly related to land management and park construction. They received a $30 per month stipend, $25 of which was sent home to their families.

This $5 per month in the pockets of the CCC men had a positive impact on local economies. In the town of Fremont, near Pokagon State Park, some locals once complained about the presence of the CCC men in town on weekends. The leader of the CCC camp responded by paying the workers in dollar coins. He then asked one of the local merchants who had issued a complaint a question: Just how full was his cash register was with these dollar coins? It was so full he couldn’t close it. The CCC men were in town spending their money hand over fist. This helped change the attitude of the locals about the presence of the CCC.

The story of the 517th Company of the CCC: African Americans in Indiana's Civilian Conservation Corps.

A number of Indiana State Parks were built, improved, or expanded by the CCC, which was and remains one of the most popular programs of the New Deal.

But it wasn’t all conservation work for the CCC. The men not only learned valuable trade skills, but also received a classroom education. They took classes on a variety of topics including mechanical drawing, typing, foreign languages and art. Extracurricular activities included boxing, debating and a singing quartet—even baseball teams.

Indiana had 56 CCC companies, eight of which were African-American. Even though the legislation that created the CCC didn’t allow discrimination, the program was segregated based on race because of the attitudes of the day. The 517th CCC Company, which had about 250 men, was the largest and most enduring of Indiana’s African-American companies. The 517th served at what is now O’Bannon Woods State Park. Other African-American companies were stationed in Bloomington, Mitchell, Evansville, Cromwell and several other locations throughout the state.

Many of Indiana State Parks hosted CCC companies. You will find that many of our properties where these companies worked maintain fine examples of their hard work and craftsmanship. 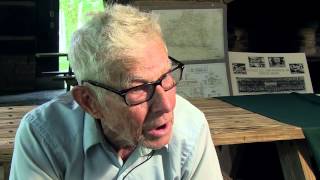 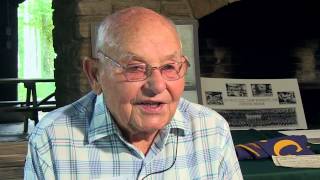 These documents may contain some offensive language or negative stereotypes. You should view these materials in the historical context in which they were created. The ideas expressed within any given text do not necessarily reflect the views of the IDNR.