The Beginning of Indiana State Parks

"I hope and trust that the small beginning we have made will have laid the foundation for a comprehensive system of State Parks which will not only stand forever as a token of the past, but which will bring health, wealth and happiness to our own generation and the many that will come after us."
- Col. Richard Lieber in the State Parks Committee Report to the Indiana Historical Commission, 1916 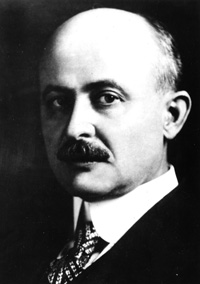 The Indiana State Parks system was established largely through the efforts of Richard Lieber, an Indianapolis businessman and German immigrant. He believed that a state parks system should be created as part of the centennial celebration.

In the years that followed, Lieber helped lead the nationwide movement to establish state parks systems in other states. He was the first director of the Indiana Department of Conservation, a capacity in which he served for more than a decade.

Lieber was part of what is called the Progressive Era. He believed in making social progress through the restorative powers of nature. Lieber too believed in the political activism of citizens. As early as 1910, Richard Lieber was advocating for a system of state parks that would conserve both natural cultural resources.

The idea gained traction in 1915 when the old-growth forest, rife with sandstone canyons, known locally as Turkey Run became available. Things started to happen when John Lusk died. He was the last remaining member of the Lusk family, which had owned the land since the mid-19th century. With no heirs left, the land went to auction.

The Bid for Turkey Run 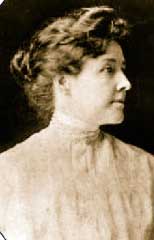 The Hoosier Veneer Company was interested in the land for its timber. At that point a woman named Juliet Strauss became involved. A native of the area, she worked as a columnist for the Rockville newspaper and the Indianapolis News. By 1915, Strauss used her role as the voice of rural Indiana to preserve the precious old-growth forest at Turkey Run in Parke County. Its land and trees were threatened by timber companies. Strauss began her campaign to save Turkey Run by writing to Gov. Samuel Ralston to ask for help.

Strauss caught the attention of Indiana’s governor, Samuel Ralston, who appointed her to the newly formed Turkey Run Commission. Turkey Run was brought to Lieber’s attention by his friend Richard Smith, who was editor of the Indianapolis News, and was familiar with Strauss and her passion for the site. Lieber saw the preservation of Turkey Run as the perfect opportunity to begin the state parks system.

But the land needed to be bought back from the Hoosier Veneer Company, which had won the land at the auction. Lieber gained an appointment to the State Park Committee, a larger group into which the Turkey Run Commission had been absorbed in 1916.

The State Park Committee had wide public support and raised enough money to buy back the land at a healthy profit for Hoosier Veneer.

Sensing the urgency of establishing a state parks system in 1916, the Committee also had its eyes on another property. The rugged canyons of McCormick’s Creek made that land an ideal candidate. That area had recently come up for sale. The Committee combined funds with Owen County to purchase this land. McCormick’s Creek officially opened as Indiana’s first state park on July 4, 1916. Turkey Run became a state park later that year.

Strauss, who died two years later in 1918, was honored by the Women’s Press Club of Indiana with a statue at Turkey Run State Park. A statue of her stands in the park as a reminder of her contribution to the park and the conservation of its forest.

Lieber served as director of the state’s Department of Conservation from 1917-1933. Even after that, he remained involved in the state and national parks movement. He traveled across the country learning and sharing the experiences he had in Indiana.

Lieber died in 1944 while staying at the Canyon Inn at McCormick’s Creek State Park. His ashes were buried at a memorial to him at Turkey Run State Park. The ashes of his wife Emma and their son are buried beside his. 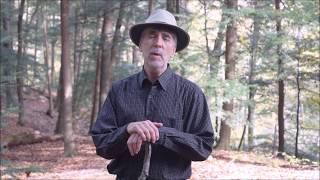